A new University of Florida study has found that bacteria in the saliva of college students who reported recent thoughts of suicide differed in significant ways from those found in students who had not experienced recent suicidal thinking.

Controlling for the influence of other factors known to impact mental health, such as diet and sleep, the researchers found that students with recent suicidal thoughts had higher levels of bacteria associated with periodontal disease and other inflammatory health conditions.

“These results are exciting because they tell us which bacteria we need to look at more closely. Our question now is, what are these bacteria doing biologically that affects mental health?” said Angelica Ahrens, first author of the study and a postdoctoral researcher in the UF/IFAS microbiology and cell science department. Ahrens led the study as part of her doctoral program in the UF/IFAS College of Agricultural and Life Sciences.

“Eventually, we hope this line of research could help predict suicidal ideation based on a person’s microbiome and could inform pro- or prebiotic treatments for those at risk,” said Ahrens.

The study analyzed saliva collected from nearly 500 undergraduate students taking classes in the microbiology and cell science department at UF. These students also completed the Patient Health Questionnaire-9, which is used to screen for depression symptoms and asks respondents to share if they have had thoughts of suicide within the last two weeks. Those who reported recent suicidal ideation were referred to on-campus mental health services.

“Mental health and suicide are serious issues on college campuses, and our students were very interested in being a part of research that can help address this problem. We are continuing to collect data for follow-up studies and hope more students and universities will become involved,” said Eric Triplett, chair of the microbiology and cell science department and senior author of the study. 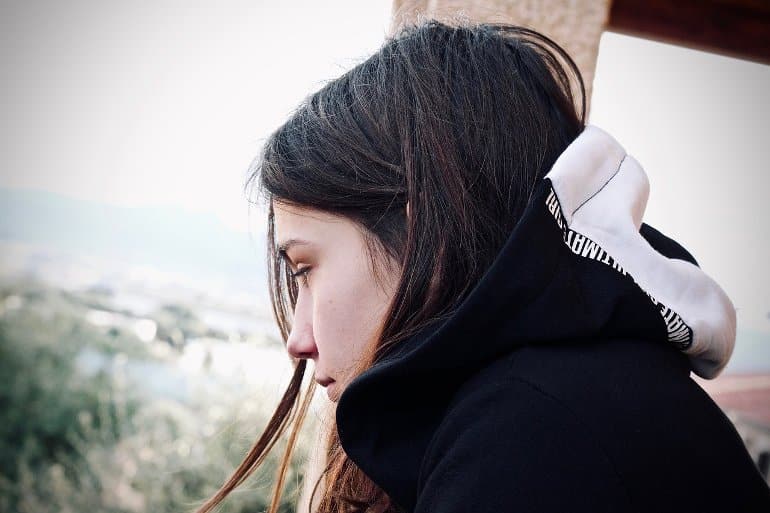 They also found that these students had lower levels of Alloprevotella rava, a bacterium known to produce a compound that promotes brain health. Image is in the public domain

Depression and suicidal ideation are relatively common among college-aged adults: A 2020 study by the CDC found that up to a quarter of people between ages 18 to 24 had seriously thought about suicide within the last month.

For this initial study, students came to the lab to provide a saliva sample, but today participants can opt to send in their saliva sample by mail using a collection kit developed by the researchers.

“This at-home method is very convenient for students and also helps us build a more diverse dataset and test different variables. For example, we would like to look at the saliva microbiome of people who have been diagnosed with depression and are taking antidepressants,” Ahrens said.

“While various treatments and lifestyle changes can help, there is still much to be learned about how the human microbiome affects mental health and could be harnessed to improve it,” Ahrens said.

Associations between these HLA alleles and salivary bacteria were also identified. Furthermore, rs10437629, previously associated with attempted suicide, was correlated here with SI and the absence of Alloprevotella rava, a producer of an organic acid known to promote brain energy homeostasis.

Hence, microbial-genetic associations may be important players in the diathesis-stress model for suicidal behaviors.

Feeling Anxious or Blue? Ultra-Processed Foods May Be to Blame – Neuroscience News