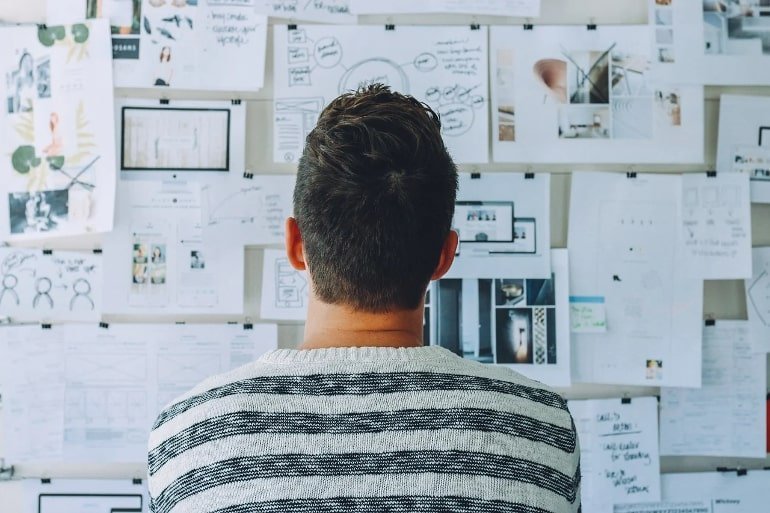 Summary: Even though people engage in seemingly impulsive decision-making, they may actually be predisposed to curtail it.

Will you read this news release now or decide to read it later? “Precrastination,” defined as the tendency to expend extra effort to get things done as soon as possible, could explain what you will do.

We have all probably precrastinated, that is, completed tasks right away, even if that meant putting in more work. An unresolved question about precrastination is: Do we rush to get things done because we want to simply act as quickly as possible and worry about decision making later, or do we want to get decision making over and done with, so we needn’t have to worry about it subsequently?

A team of psychologists at the University of California, Riverside, may have an answer: Given a choice, we opt for the latter because we want to have our minds clear.

The researchers, led by David A. Rosenbaum, a distinguished professor of psychology, devised an experimental task that measured reaction times when participants chose between two possibilities: Act just for action’s sake or clear the mind by deciding early what to do.

“In our experiments, participants took longer for the first choice than the second and rarely changed their minds, even when we emphasized second response accuracy,” Rosenbaum said.

“This led us to conclude that our participants wanted to make up their minds as soon as possible rather than act quickly and then have to think or rethink. This suggests that even though people engage in seemingly impulsive decision-making, they may actually be predisposed to curtail it.”

Study results appear in the Journal of Experimental Psychology: General.

In three separate experiments, the researchers asked participants to make a decision after viewing several numbers — such as, are the numbers ascending or descending, or were any numbers repeating? The participants submitted a response and then immediately got to submit either the same or a different response. The researchers recorded the time the participants took to make both responses and checked the accuracy of the responses.

“What is unique about our work is that we asked participants to make the same decision twice,” said coauthor Hunter B. Sturgill, a graduate student in Rosenbaum’s lab.

“Work by other labs has had people make just a single decision. In our case, however, participants got to give two responses, which means they got to respond quickly and then think about it in case they wished to change their minds.

“Our experiments showed that even in a very short time span of just seconds, we opt to make decisions early to clear up our minds for other business.”

Coauthor Iman Feghhi, a former graduate student in Rosenbaum’s lab and now an assistant professor in the psychology department at Wagner College in New York, provided a real-life example to illustrate the team’s findings.

“If you gave thought to buying a tub of ice cream, you would not go through the kind of buyer’s remorse you could go through had you impulsively bought the ice cream,” he said. “What our work has shown is that we have a brand-new task that elegantly demonstrates, in a remarkably short time span, that wanting to clear up the mind is a fundamental tendency in people. We did not know this before.”

“You have to clean the outside, you have to get the trash out of the inside,” Sturgill said. “People will spend extra time at the beginning to make a plan of attack. They will ask, ‘Should I start at the top of the car, or do the wheels first?’ They spend time at the very beginning deciding which of those things to do instead of simply reaching for soap and a bucket of water to start cleaning the car.”

Rosenbaum’s lab discovered the precrastination phenomenon in 2014 and coined the term.

“When you answer emails too quickly, when you submit papers before they have been polished, you are precrastinating. But why do we rush? What’s the hurry? If there are scarce resources, it’s wise to grab low-hanging fruit, but in other cases, rushing has another less clear basis.

“It has been shown by several labs that quite a few people are inveterate precrastinators,” he added.

“Many people simply want to get stuff done and will rush to do so. The connotation is that you are an impulsive person. You act for action’s sake. In certain cases, that can have dire consequences. For example, convicting people in court cases before all the evidence is in because you want to get the case over and done with. Or graver still is going to war just so a leader can appear strong and be seen as having taken action.”

Rosenbaum said precrastination has important lessons for the COVID-19 pandemic.

“We must not rush and assume the pandemic is over,” he said. “We want to get it over and done with by precrastinating. By taking our masks off too soon, we have already paid a heavy price.”

“For example, if you answer emails or pay your bills or do groceries, you have likely experienced precrastination,” he said. “Understanding the principles of precrastination can help us better understand how we make decisions in everyday life.”

Rosenbaum explained there are individual differences in terms of the extent to which people do change their minds.

“In the reaction-time task, most people think for a relatively long time, make their first response, and then make the second response a fraction of a second later,” he said.

Given a choice, we opt for the latter because we want to have our minds clear. Image is in the public domain

“But a small number of people respond very quickly and then change their minds. So it could be personality differences — or maybe they simply had too much coffee! Regardless, we would advise against hiring these particular people to work in nuclear silos or do brain surgery.”

Next the team will develop tasks aimed at understanding how precrastination may be linked to personality and individual differences.

“We’d like to find out what it is about people who act impulsively,” Rosenbaum said. “What makes them who they are? What are their characteristics?”

The research paper is titled “Think then act, or act then think? Double-response reaction times shed light on decision dynamics in pre-crastination.”

Funding: The work was funded by a grant to Rosenbaum from the University of California, Riverside Committee on Research.

People often try to complete tasks as soon as possible, even at the expense of extra effort—a phenomenon called precrastination (Rosenbaum et al., 2014). Because precrastination is so widespread—as in answering emails too quickly, submitting papers before they have been polished, or, on larger scales, convicting people in the rush to judgment, or even going to war in the rush for revenge—it is important to understand its basis. Building on previous work on this phenomenon, we focused on two plausible accounts of it.

We invented a new task to distinguish between these hypotheses. Our participants made yes-no decisions under the requirement that they always respond twice per trial.

We found that participants took longer for the first choice than the second and rarely changed their minds, even when second response accuracy was emphasized.