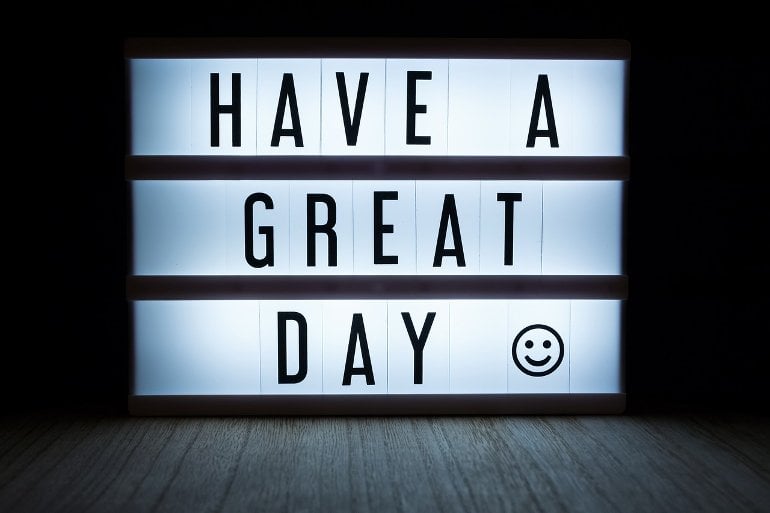 Summary: Those who act with kindness often underestimate how much others appreciate their actions.

Now and then, I give up my spot in the grocery line to a stranger. Or, if a friend is in the hospital, I’ll surprise them by sending flowers. These random acts of kindness — given without expectation of thanks or reciprocity — feel good in the moment and help connect me to my community.

But, if random kindnesses spread so much positivity, why don’t we do them more often? Findings from a recent study conducted by Amit Kumar of the University of Texas at Austin and Nicholas Epley of the University of Chicago suggest one possible reason: We may be underestimating how nice it is to receive kindness.

In several experiments within the study, Kumar and Epley gave people opportunities to act in a variety of kind ways, both with strangers and with people they knew.

In one experiment, for instance, researchers went to a public ice rink on a cold day and handed people a cup of hot chocolate, telling them they could keep it for themselves or give it to a random stranger at the rink.

Next, the researchers delivered the hot chocolate, telling the recipients that it was a gift from a stranger and querying them about how they felt.

In similar experiments, people gave away cupcakes meant for themselves, wrote nice notes to other people they knew, or practiced random kindnesses for classmates (like surprising them with a cup of coffee or paying for their meal at a cafe).

In every experiment, those who were kind to another person underestimated how much happier recipients would feel. And it didn’t seem to matter what type of kindness they offered — how big it was or whether it involved an action taken or a material gift — or whether the recipient was known or not by the giver.

Kind people were always off in their predictions of how much others appreciated their gesture.

“Seemingly small, prosocial acts can really matter to recipients,” says Kumar. “But people might not always realize how much of an impact they’re having on another person through their kindness. Instead, they systematically underestimate the value of random acts of kindness.”

Kumar and Epley also showed that the added pleasure from receiving kindness wasn’t just about being surprised, because it didn’t show up in situations where people simply received something unexpected but not as a gesture of kindness. The added value of kindness was repeatedly missed by all of the givers in their experiments.

“People don’t seem to fully appreciate the role that interpersonal warmth plays in these interactions,” says Kumar. “Performers of an act of kindness can miss out on the fact that simply engaging in a warm act is meaningful for recipients beyond whatever they’re giving them.”

Why it’s important not to underestimate kindness

People also underestimate how much their kindness might encourage a recipient to pay it forward, as another experiment within the study found.

Strangers were paired up and one was selected to be a recipient and the other an “estimator.” Recipients were either told they could pick out a gift from the lab store (for participating in the experiment) or gifted one of the store items from their estimator partner (as an act of kindness).

Estimators first predicted how much happier the gift would make their partners feel. Next, they predicted how generous recipients would be in an economics game they were about to play, when given a choice of how to divvy up $100 between themselves and a new, anonymous player.

Kind people were always off in their predictions of how much others appreciated their gesture. Image is in the public domain

The results showed that people who had just been on the receiving end of an act of kindness gave substantially more to another person in the economics game than those who’d picked out their own gift. But the estimators who’d given them the gift did not predict this would happen — that their recipients would want to pay kindness forward.

“Performers of an earlier act of kindness didn’t realize the impact they’d had,” says Kumar. “Much like they underestimated a recipient’s emotional response, they significantly underestimated the spillover effects.”

Though not the focus of this particular study, participants in all of Kumar’s and Epley’s experiments felt a greater increase in happiness when they offered kindness than when they received something for themselves (like the lab gift).

This fits in with prior research showing that being kind to others feels good to the giver as well as the receiver. And, as other research suggests, the happiness that comes from giving tends to last.

To Kumar, this is even more reason to act with kindness in our everyday lives.

“When you’re consistently underestimating the benefits of positive social engagement, it can cause you to not be prosocial enough,” he says. “If people realized this fact, their kindness might create a virtuous cycle of giving.”

A little good goes an unexpectedly long way: Underestimating the positive impact of kindness on recipients

Performing random acts of kindness increases happiness in both givers and receivers, but we find that givers systematically undervalue their positive impact on recipients.

From giving away a cup of hot chocolate in a park to giving away a gift in the lab, those performing a random act of kindness consistently underestimated how positive their recipients would feel, thinking their act was of less value than recipients perceived it to be.

Underestimating the positive impact of a random act of kindness also leads givers to underestimate the behavioral consequences their prosociality will produce in recipients through indirect reciprocity (Experiment 4).

We suggest that givers’ miscalibrated expectations matter because they can create a barrier to engaging in prosocial actions more often in everyday life (Experiments 5a and 5b), which may result in people missing out on opportunities to enhance both their own and others’ well-being.