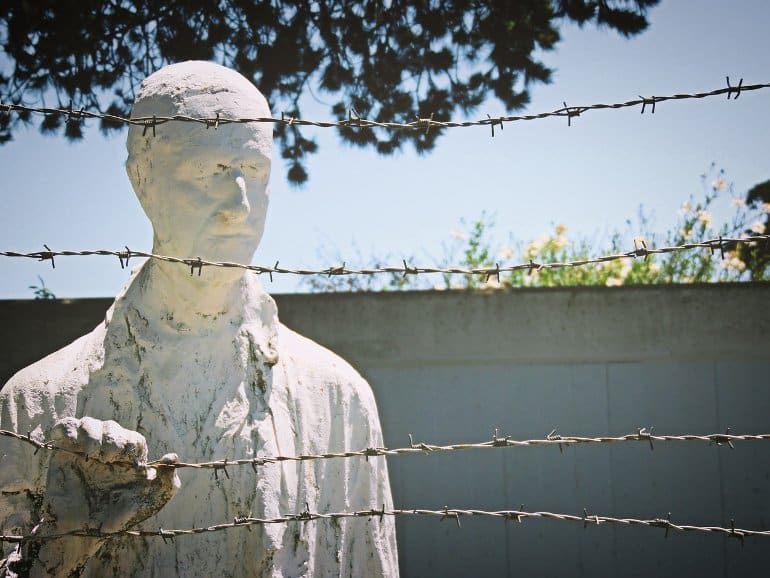 Summary: Children of both perpetrators and survivors of genocide display the same ingroup biases of their parents, even though they did not experience the event themselves. This may explain why conflicts can last over generations. The study also suggests it is difficult for survivors and perpetrators to let go of intergroup biases following a tragedy.

Feeling empathy for others is deeply engrained into our biology, as seeing another individual in pain triggers an empathic response in the brain of the observer, which allows us to understand and feel what other feels. However, our capacity to feel empathy for the suffering of others is unfortunately not equal towards all human beings.

“There are many individuals for which we have a natural, and potentially unconscious, reduction of empathy. This is notably the case when we witness the pain individuals that we do not recognize as part of our own group, and this can alter our prosociality towards them”, says lead author Dr. Emilie Caspar (Université libre de Bruxelles, Ghent University) of a study published today in American Psychologist.

Human conflicts can be extremely complex, but frequently arise when a group is perceived as not sharing a similar religion, culture, political opinion or ethnicity. In the aftermath of conflict, being able to understand and feel what the other group feel is critical for reaching reconciliation. But conflicts also enhance intergroup conflicts, as they accentuate resentment against the other group.

Studying how intergroup biases evolve in war-torn societies is critical for understanding better the perpetuation of conflict.

In Rwanda, citizens are exposed to a unique case of intergroup reconciliation and have to try to manage their intergroup biases caused by decades of ethnic conflicts and the Genocide against Tutsis. Between April 1994 and July 1994, more than one million of Tutsis and some moderate Hutus were mutilated and killed in a genocidal process. This dramatic event in the history of Rwanda seems unforgivable.

However, Rwandan citizens have to learn to live together: perpetrators of the genocide were not invaders from another country; those who were killed died at the hands of their neighbors. Rwandan citizens thus cannot avoid the people they were in conflict with in the past, and have to be able to manage their emotions and behaviors toward their former aggressors or victims.

“Can we expect individuals who have suffered such intense trauma, or who are descendants of the victims, to be able to resonate with the suffering of others and develop empathy toward them, especially if those others were their former aggressors?”, asks Emilie Caspar.

That could nonetheless be crucial to ensure that a true reconciliation between groups is possible.

She and her colleagues thus decided to travel across Rwanda to recruit former genocide perpetrators, survivors and their children thanks to the help of local associations. They installed their electroencephalograms and material in churches or bars in rural villages, any places that had at least some electric plugs.

“That was of course an exceptional adventure, beyond the scientific aspect of the project. We were reaching a population that not a single neuroscientist approached before on the field, and we had to convince them to accept to wear a weird apparatus on their head to record their brain activity, while many of them never even saw a keyboard in their life”, adds Guillaume Pech, another author of the study.

“With such procedure, it is classic to observe that the brain processes stimuli as more painful when the individual presented in considered as an ingroup member, compared to an outgroup member. And this is exactly what we observed in our sample from all volunteers no matter their group, even though the genocide happened 27 years ago at the moment of the testing”, says Emilie Caspar.

This result suggests that it is difficult to get rid of intergroup biases in the aftermath of such tragedy.

This result suggests that it is difficult to get rid of intergroup biases in the aftermath of such tragedy. Image is in the public domain

“But what was even more critical is that children from both former genocide perpetrators and survivors displayed the same intergroup bias as their parents, even though they did not experience the conflict themselves. This result might explain why some conflicts sometimes last over generations, as the children appear to have the same biases as their parents”, she adds.

The researchers of the study do not have the answer to this question but are now preparing a similar research project in Cambodia, where a genocide led by the Khmer Rouge killed about 2 million people between 1975 and 1979.

This project will help to understand if intergroup biases are also observable two generations after the genocide or if they start to evaporate at some point.

On the impact of the genocide on the intergroup empathy bias between former perpetrators, survivors, and their children in Rwanda