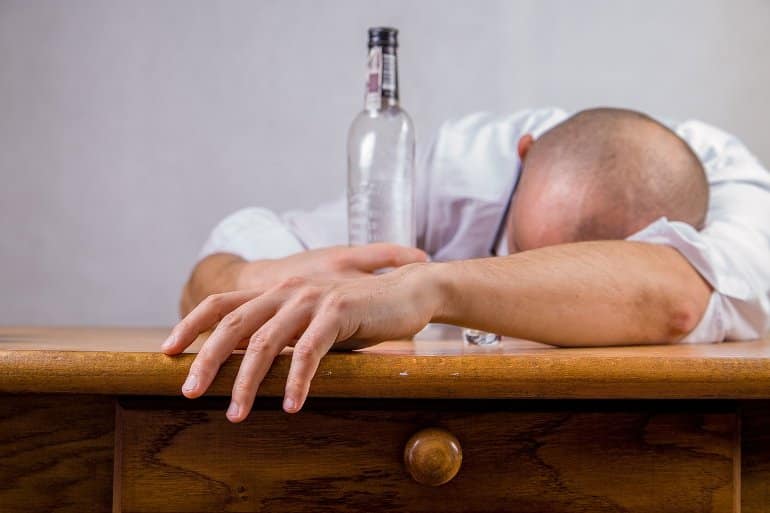 Fathers who acknowledge binge drinking are less involved with their children, according to new research in several countries that have traditionally been understudied. Globally, men are increasingly involved in children’s development.

The latest analysis, in Alcoholism: Clinical & Experimental Research, explores fathers’ binge drinking in relation to the quality of their parenting, and suggests that preventing or treating heavy alcohol use among fathers may have broad benefits for families.

Previous studies around the world have flagged the harms of parents’ problematic alcohol use on family relationships and children’s development. Paternal alcohol use disorder, depression, and marital satisfaction are known to be important for parenting.

Heavy drinking, which is related to notions of masculinity, has been linked across cultures to more punitive parenting, child abuse and neglect, and intimate partner violence.

Little is known about how heavy alcohol use impacts fathers’ relationships with their children, including their level of engagement. For the new study, researchers used a rare dataset covering five lower-income countries in Asia to explore the relationship between binge drinking and men’s involvement with their children.

For the first time, the study accounted for the potential effects of fathers’ childhood trauma and attitudes toward gender equality, two additional factors previously shown to influence men’s roles within families.

The participants filled out questionnaires assessing the time they spent interacting with their children (e.g., playing or helping with homework), their frequency of heavy episodic drinking (six or more drinks on the same occasion), their own experiences of abuse as children, and their attitudes toward gender norms (e.g., women’s role in the home). Researchers used statistical analysis to explore associations between these and additional factors.

Overall, 50% of fathers reported often or very often playing or doing activities with their children, while 24% often or very often talked with their children about personal matters. Gender-equitable attitudes were generally linked to more engaged parenting. Self-reported binge drinking was most common in Papua New Guinea and Cambodia—also the countries reporting the most traditional gender attitudes—and least common in Indonesia.

Overall, participants who reported more binge drinking also reported less fathering involvement than those not inclined to drink heavily. This effect was strongest in Cambodia.

Previous studies around the world have flagged the harms of parents’ problematic alcohol use on family relationships and children’s development. Image is in the public domain

It was not evident in China or Sri Lanka, where gender-equitable perspectives were linked to increased parental involvement independent of heavy drinking. Generally, older fathers reported greater involvement in their children’s lives than younger fathers. Fathers’ childhood trauma did not affect their parenting involvement, except in Papua New Guinea.

The study adds to evidence connecting fathers’ problematic alcohol consumption with limitations in their parenting and helps build a gendered understanding of binge drinking. The findings suggest that reducing binge drinking among fathers may increase their positive family involvement, with benefits for women and children.

In addition, gender-transformative interventions promoting fathers’ involvement with their children may improve various outcomes for families and reduce men’s alcohol use. The dataset was limited, and the associations complex, likely contributing to the subtlety and unevenness of the findings.

This study aims to increase understanding of the relationship between heavy episodic drinking (HED) and fathers’ involvement in parenting in five countries. The potential moderating effect of fathers’ experiences of childhood trauma is also studied, controlling for the possible confounding of the effect of HED by father’s attitudes toward gender equality, father’s age and father’s education.

United Nations Multi-Country Study on Men and Violence (UNMCS) survey data from 4562 fathers aged 18–49 years from Cambodia, China, Indonesia and Papua New Guinea (PNG) and Sri Lanka were used to assess the relationship between fathering involvement (e.g., helping children with their homework) and self-reported HED of 6+ drinks in one occasion vs. non-HED and abstaining. Moderating effects of a 13-item fathers’ childhood trauma (FCT) scale were tested and analyses were adjusted for gender-inequitable attitudes using the Gender-Equitable Men scale score. Bivariate and adjusted individual participant meta-analyses were used to determine effect estimates for each site and across all sites.

Heavy episodic drinking was associated with reduced positive fathering involvement. These findings suggest that interventions to increase fathers’ involvement in parenting should include targeting reductions in fathers’ HED. Structural barriers to fathers’ involvement should be considered alongside HED in future studies of fathers’ engagement with their children.

Virgin Orbit granted licence to take off from Spaceport Cornwall