Fentanyl is used to supplement sedation and to relieve severe pain during and after surgery, but it’s also one of the deadliest drugs of the opioid epidemic.

In research conducted by investigators at Massachusetts General Hospital (MGH) and published in PNAS Nexus, tests of the brain’s electrical activity revealed fentanyl’s effects over time and indicated that the drug stops people’s breathing before other noticeable changes and before they lose consciousness.

In the study, electroencephalogram (EEG) tests were run for 25 patients undergoing general anesthesia for surgeries lasting 2 hours or more. The researchers discovered that certain EEG patterns were associated with respiration, sedation, and loss of consciousness.

“We found that fentanyl produces a specific EEG signature distinct from other anesthetic drugs, which could make it possible to monitor its effects to enable safer, more precise, and personalized opioid administration,” says senior author Patrick L. Purdon, PhD, the Nathaniel M. Sims Endowed Chair in Anesthesia Innovation and Bioengineering at MGH.

“For example, think of patients with COVID-19 who are sedated in the ICU or patients undergoing surgery—currently there is no way to know if opioids are working in these unconscious patients.” 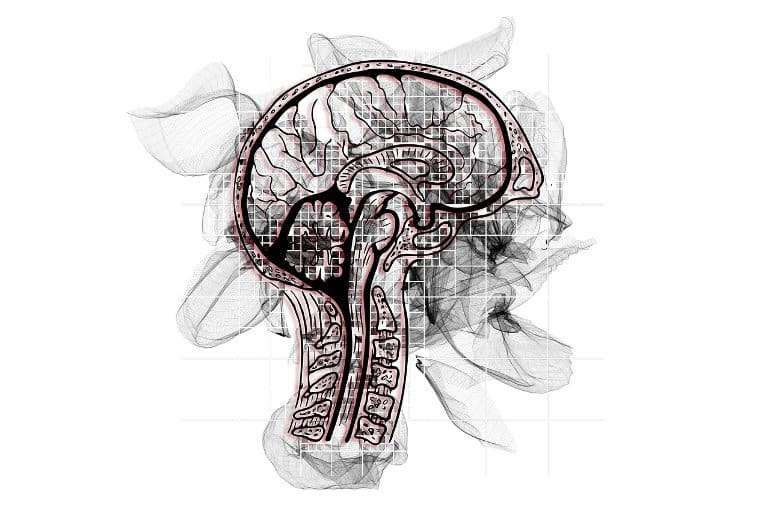 Fentanyl produces a specific EEG signature, which could allow clinicians to monitor its effects to enable safer, more personalized administration during and after surgery. Image is in the public domain

The EEG tests by Purdon and his colleagues also revealed that fentanyl begins to impair breathing about 4 minutes before there is any change in alertness and at 1,700-times lower drug concentrations than those that cause sedation.

“This explains why fentanyl is so deadly: it stops people’s breathing before they even realize it,” says Purdon.

The findings make it clear that no amount of fentanyl would be safe outside of a clinical setting with trained specialists. As fentanyl exposure is likely to remain a persistent risk during illicit use, the rapid respiratory depression the researchers observed supports the need for increased availability of medical observation or supervision units, naloxone, and other tools to reduce the risk of death among individuals with substance use disorder.

Opioid drugs influence multiple brain circuits in parallel to produce analgesia as well as side effects including respiratory depression. At present we do not have real-time clinical biomarkers of these brain effects.

We describe here the results of an experiment to characterize the electroencephalographic signatures of fentanyl in humans. We find that increasing concentrations of fentanyl induce a frontal theta band (4-8 Hz) signature distinct from slow-delta oscillations related to sleep and sedation.

We also report that respiratory depression, quantified by decline in an index of instantaneous minute ventilation, occurs at ≈ 1700-fold lower concentrations than those that produce sedation as measured by reaction time.

You Can Now Take a Seaplane From NYC to Washington, D.C. — Here’s How