Summary: Researchers developed polymeric micelles of butyrate, a bacterial compound made by healthy a microbiome, that is effective against peanut allergies in mice.

Although many people with dietary allergies experience mild symptoms when exposed to triggering foods, some face potentially fatal consequences. A bacterial compound called butyrate that’s made by healthy microbiomes has shown promise against allergic reactions in lab tests, but it’s nasty to take orally.

Today, scientists describe a more palatable way to deliver this compound and report that their “polymeric micelles” are effective against peanut allergies in mice. The treatment could someday counteract many types of food allergies and inflammatory diseases.

The researchers will present their results at the fall meeting of the American Chemical Society (ACS). ACS Fall 2022 is a hybrid meeting being held virtually and in-person Aug. 21–25, with on-demand access available Aug. 26-Sept. 9. The meeting features nearly 11,000 presentations on a wide range of science topics.

Some of the bacteria in the gut microbiome produce metabolites, such as butyrate, that foster the growth of beneficial bacteria and maintain the lining of the gut. If a person’s microbiome is unhealthy and lacks these butyrate-producing bacteria, fragments of partially digested food can leak out of the gut and produce an immune reaction that results in an allergic response.

One way to treat those with allergies would be to provide the missing bugs to them orally or with a fecal transplant, but that hasn’t worked well in the clinic, according to Jeffrey Hubbell, Ph.D., one of the project’s principal investigators (PIs).

“So we thought, why don’t we just deliver the metabolites — like butyrate — that a healthy microbiome produces?”

“But butyrate has a very bad smell, like dog poop and rancid butter, and it also tastes bad, so people wouldn’t want to swallow it,” says Shijie Cao, Ph.D., who is presenting the results at the meeting for the team, which is at the University of Chicago. And even if people could choke it down, butyrate would be digested before reaching its destination in the lower gut.

To overcome these challenges, the researchers, including co-PI Cathryn Nagler, Ph.D., and Ruyi Wang, Ph.D., designed a new delivery system. They polymerized butanoyloxyethyl methacrylamide — which has a butyrate group as a side chain — with methacrylic acid or hydroxypropyl methacrylamide.

The resulting polymers self-assembled into aggregates, or polymeric micelles, that tucked the butyrate side chains in their core, thus cloaking the compound’s foul smell and taste.

The researchers administered these micelles to the digestive systems of mice lacking either healthy gut bacteria or a properly functioning gut lining. After digestive juices released the butyrate in the lower gut, the inert polymers were eliminated in the feces.

The treatment restored the gut’s protective barrier and microbiome, in part by increasing production of peptides that kill off harmful bacteria, which made room for butyrate-producing bacteria.

Most importantly, dosing allergic mice with the micelles prevented a life-threatening anaphylactic response when they were exposed to peanuts. 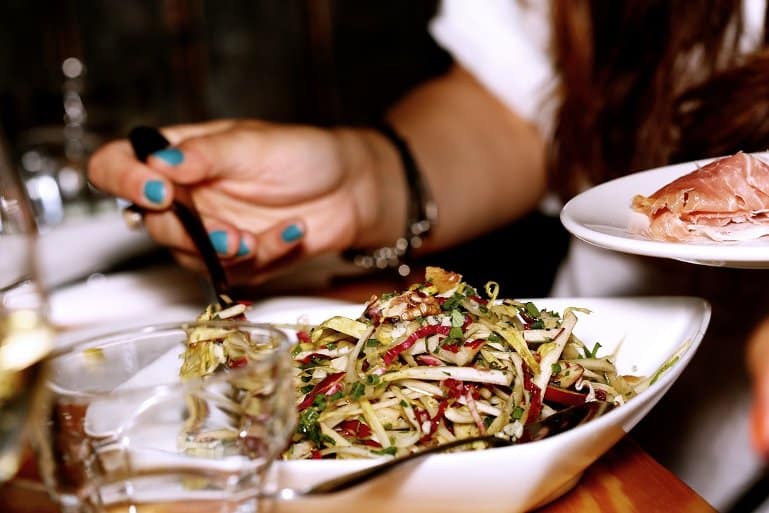 If a person’s microbiome is unhealthy and lacks these butyrate-producing bacteria, fragments of partially digested food can leak out of the gut and produce an immune reaction that results in an allergic response. Image is in the public domain

“This type of therapy is not antigen specific,” Cao notes. “So theoretically, it can be broadly applied to any food allergies through the modulation of gut health.”

Next up are trials in larger animals, followed by clinical trials. If those trials succeed and the U.S. Food and Drug Administration approves the oral treatment, the micelles could be marketed in small packets; consumers would tear open a packet and stir the contents into a glass of water or juice. In other work with the micelles, the team is analyzing data on treating inflammatory bowel diseases with the oral therapy.

The team is also investigating administration via injection. The researchers have shown that this method allows the micelles and their butyrate cargo to accumulate in lymph nodes, which are part of the immune system.

They found that this approach is effective in treating peanut allergies in mice, but it could also be used to suppress immune activation locally — rather than throughout the body. For example, injections could be helpful in patients who have had an organ transplant or who have a localized autoimmune and inflammatory condition, such as rheumatoid arthritis.

Funding: The researchers acknowledge support and funding from their start-up company, ClostraBio, and the University of Chicago.

Adults With a History of Childhood Trauma Can Benefit From Recommended Depression Treatments, Contrary to Current Theory – Neuroscience News