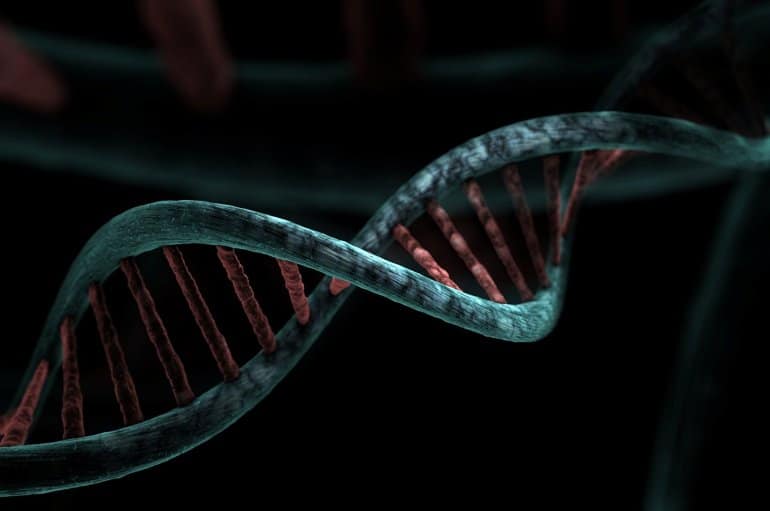 Summary: It is estimated that 80% of autism is inherited, but causative genes are hard to identify. Researchers have identified the ACMSD gene as being associated with non-verbal types of ASD.

Scientists estimate 80% of autism is inherited, but they have yet to identify causative genes.

“We realized the value of unexplored heritable information from others’ research,” said ORNL’s Michael Garvin. Garvin and colleagues focused on genomic mutations called structural variants and established a direct link to autism traits.

The key was observing that many structural variants are excluded because they often display nontraditional inheritance patterns.

Scientists estimate 80% of autism is inherited, but they have yet to identify causative genes. Image is in the public domain

By focusing on these variants, ORNL scientists found a mutation in the ACMSD gene that is associated with nonverbal types of autism.

“We’ve established a workflow for using this often-ignored data that can be applied not only to autism, but also to other disorders,” said ORNL’s David Kainer.

The heritability of autism spectrum disorder (ASD), based on 680,000 families and five countries, is estimated to be nearly 80%, yet heritability reported from SNP-based studies are consistently lower, and few significant loci have been identified with genome-wide association studies.

This gap in genomic information may reside in rare variants, interaction among variants (epistasis), or cryptic structural variation (SV) and may provide mechanisms that underlie ASD.

Here we use a method to identify potential SVs based on non-Mendelian inheritance patterns in pedigrees using parent-child genotypes from ASD families and demonstrate that they are enriched in ASD-risk genes.

Most are in non-coding genic space and are over-represented in expression quantitative trait loci, suggesting that they affect gene regulation, which we confirm with their overlap of differentially expressed genes in postmortem brain tissue of ASD individuals.

We then identify an SV in the GRIK2 gene that alters RNA splicing and a regulatory region of the ACMSD gene in the kynurenine pathway as significantly associated with a non-verbal ASD phenotype, supporting our hypothesis that these currently excluded loci can provide a clearer mechanistic understanding of ASD.

Finally, we use an explainable artificial intelligence approach to define subgroups demonstrating their use in the context of precision medicine.