Though an estimated 1% of people identify as asexual – a sexual orientation most commonly defined as lacking sexual attraction – asexual people remain relatively invisible and are rarely researched. For these reasons, they’re frequently subjected to discrimination and stereotyping.

For example, it’s often assumed that all people who are asexual are also “aromantic” – that they aren’t interested in being in romantic relationships or aren’t capable of doing so.

However, that couldn’t be further from the truth. Asexuality exists on a spectrum, and there is a wide range in how the members of this group experience sexuality and romance.

In a recently published study that I conducted with several Michigan State faculty members and other research associates, we surveyed people on the asexual spectrum who were currently in romantic relationships.

We wanted to learn more about how asexuals experience romantic relationships and bring attention to their experiences – many of which, it turns out, aren’t all that different from those of people who aren’t on the asexual spectrum.

Outside of my work as a psychology researcher, I am a member of the asexual community.

Specifically, I am a heteroromantic gray-asexual: I am someone who feels romantic attraction to people of other sexes or genders, but experiences fluctuating or limited sexual attractions.

Yet in existing research, I found few examples of people like me. Most studies seem to focus on people who are completely asexual, not in the gray area.

In popular media, asexuals rarely even appear at all. When they do, they’re often portrayed as weird, robotic and incapable of love. In mainstream culture, there’s also an element of denialism, with many people believing that asexuality is impossible – that those who identify as asexual must have something wrong with them, such as hormonal issues. Perhaps they simply “haven’t found the right person” or need to “try harder.”

So this study was born out of my experiences as a person on the asexual spectrum, which is why it was so important for me to address all the different asexuals out there and give a voice to my own community.

Many asexual people choose to be in relationships; they just may go about the process differently. Some might participate in non-monogamous relationships. Others might be forced to disclose their identities and preferences in different ways, wondering when – if ever – they should open up about it to potential partners, fearing that the reactions could be less than positive and lead to relationship difficulties.

However, many asexuals relate to the Split Attraction Model, which is a theory that shows how romantic and sexual attraction are two distinct experiences, and therefore, one can experience sex without love and love without sex. With this in mind, it is possible for asexuals to identify with a romantic orientation and pursue romantic relationships, since these are different experiences.

For our study, we looked exactly at this split and surveyed 485 people who self-identified as being on the asexual spectrum and were currently in a romantic relationship.

The participants identified as heteroromantic, biromantic, homoromantic, panromantic and more, showing significant diversity among the romantic interests of this group. We then asked them about their relationship satisfaction, their level of investment in the relationship and how they viewed the quality of alternatives to their relationship. 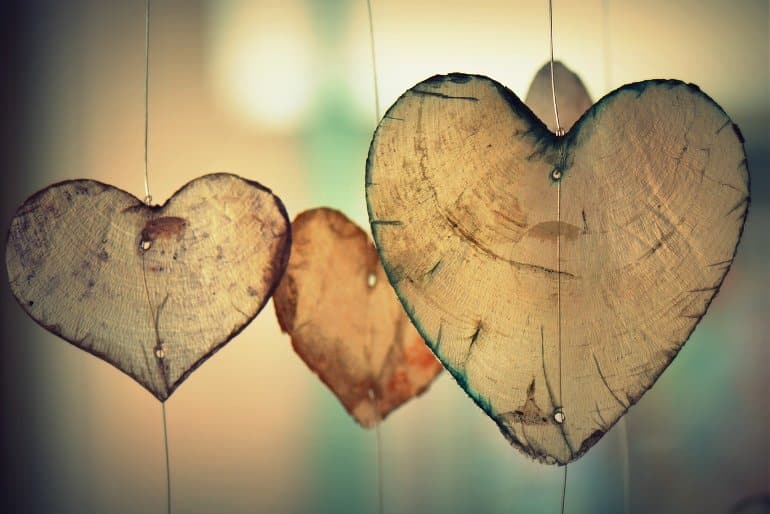 Asexuality exists on a spectrum, and there is a wide range in how the members of this group experience sexuality and romance. Image is in the public domain

Additionally, we explored their attachment orientation. This is defined as the way in which people approach their close relationships. It’s usually formed in childhood and is a pattern that continues into adulthood.

Attachment orientation patterns were also generally consistent with past research on other sexuality groups. Much like work done on other relationships, avoidant asexual individuals were also less committed, satisfied and invested in their relationships, as one would expect.

However, there were also some inconsistencies with past research. For example, among asexual people, an anxious attachment style actually correlated to higher commitment and satisfaction. The opposite tends to occur in other types of relationships.

Nonetheless, I hope this research will help normalize the idea that asexuals can thrive in romantic relationships. It turns out that asexuals can experience romantic love as much as other sexual orientations do: with the same opportunities for joy and growth, the same challenges of navigating conflict and compromise, and the same possibility of a lifelong commitment.

India seeks COP27 deal to ‘phase down’ all fossil fuels