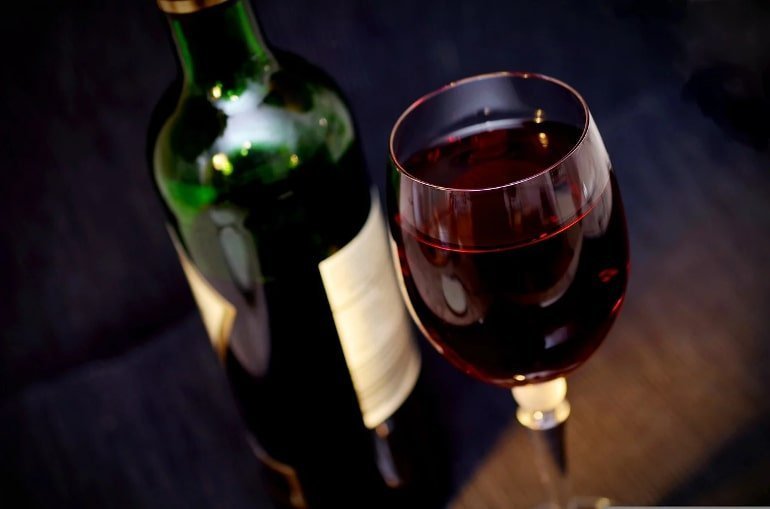 Summary: Even low doses of alcohol can spark transcriptomic and epigenomic changes in brain areas associated with addiction.

A new rodent study shows that even small quantities of alcohol can trigger epigenomic and transciptomic changes in brain circuitry in an area that is crucial in the development of addiction.

What’s more, the University of Illinois Chicago researchers who conducted the study say that the pathways involved in priming the brain for addiction are the same ones that are associated with the highs of drinking, like euphoria and anxiolysis, the clinical term for a level of sedation in which a person is relaxed but awake.

“This suggests that when the brain experiences the anti-anxiety effects of alcohol and the mood lift — the relaxation and the buzz — it is also being primed for alcohol use disorder,” said the study’s senior author Subhash Pandey, the Joseph A. Flaherty endowed professor of psychiatry and director of the Center for Alcohol Research in Epigenetics in the UIC College of Medicine.

While Pandey says the study does not suggest, for example, that one drink leads to addiction in humans, it does provide some clues as to why some people are more vulnerable to alcohol use disorder.

“We’re seeing that dependent behaviors may not always be from long-term, high-quantity habits but a result of rapid epigenetic changes in the brain, which we show in this study may start happening even at low doses,” said Pandey, who is also a senior research career scientist at the Jesse Brown Veterans Affairs Medical Center.

In the experiments, rodents were exposed to low concentrations of alcohol and their behaviors were observed as they explored a maze. Then the researchers analyzed brain tissue samples, collected after euthanasia, with RNA sequencing and looked for gene expression patterns.

When they analyzed the samples, the researchers found that a gene called hypoxia inducible factor 3 alpha subunit — Hif3a, for short — was associated with changes in the brain after alcohol exposure and behaviors, like how long rats stayed in areas of the maze with enclosed (high anxiety) or open arms (low anxiety).

Alcohol increased Hif3a expression, even after low doses of exposure, and reduced anxiety. And, while many effects of alcohol are different among males and females, there was no difference between the two in this study.

“We saw that low doses, what we consider ‘social drinking,’ changes the gene expression in the amygdala, a brain region that regulates anxiety. In other words, it creates an epigenetic pathway for addiction,” Pandey said.

While Pandey says the study does not suggest, for example, that one drink leads to addiction in humans, it does provide some clues as to why some people are more vulnerable to alcohol use disorder. Image is in the public domain

Pandey and his colleagues also set up additional experiments in which they blocked the gene in the amygdala of rats with or without alcohol exposure to validate its role mediating anxiety. When Hif3a was blocked, anxiety was increased in control rats, mimicking withdrawal from chronic alcohol exposure. On the other hand, this also prevented the anti-anxiety effects of alcohol.

The researchers showed why, too. Hif3a’s chromatin — bundles of DNA and RNA — is loosely bundled, meaning the genes are easily accessible for transcription changes.

One thing the study does not suggest, however, is what level of alcohol exposure was safe for rodents. Instead, Pandey said, it’s important to know that low doses created a priming for addiction. For people, he thinks the takeaway is simple — don’t assume social drinking or even “pandemic drinking” is without risk.

“Alcohol use disorder is complex and challenging to overcome. The information we learned from this study helps us to understand better what is happening in the brain and, one day, may be leveraged to develop better treatments and pharmaceuticals,” Pandey said.

Unraveling the epigenomic and transcriptomic interplay during alcohol-induced anxiolysis

Positive effects of alcohol drinking such as anxiolysis and euphoria appear to be a crucial factor in the initiation and maintenance of alcohol use disorder (AUD). However, the mechanisms that lead from chromatin reorganization to transcriptomic changes after acute ethanol exposure remain unknown.

Here, we used Assay for Transposase-Accessible Chromatin followed by high throughput sequencing (ATAC-seq) and RNA-seq to investigate epigenomic and transcriptomic changes that underlie anxiolytic effects of acute ethanol using an animal model. Analysis of ATAC-seq data revealed an overall open or permissive chromatin state that was associated with transcriptomic changes in the amygdala after acute ethanol exposure.

These data indicate that chromatin accessibility and transcriptomic signatures in the amygdala after acute ethanol exposure underlie anxiolysis and possibly prime the chromatin for the development of AUD.