Summary: Study reveals a “hotspot” for schizophrenia in the upper prefrontal cortex of the brain. In this area, researchers identified distinct neural networks that may be responsible for the overall symptoms of schizophrenia.

If you thought it was easy to analyze brain cells, think again.

When you take a brain tissue sample, all that your analysis would normally show you is an average for all the cell types present. And since there is a whole lot of cell types in our brain – neurons and other – you get some sort of cell smoothie, which makes it difficult if not impossible to tell the cells apart, let alone study them.

It is like wanting to know how many green M&M’s there is in a bowl, but instead of just getting told how many colours there are. You are not really getting the answer you wanted then.

Now, researchers from the University of Copenhagen applied a new method to analyse neurons one by one in order to reveal hitherto unobtainable information about them.

“We see the genes that changed their expression and damaged the overall neuronal signaling, and even how potential neuronal networks are impaired,” explains Konstantin Khodosevich, Group Leader and Associate Professor at the Biotech Research & Innovation Center (BRIC).

Schizophrenia affects around 1,000 Danes each year. In total, up to 30,000 Danes are living with schizophrenia, and half of them are undergoing treatment in the region’s Mental Health Centers.

The researchers note that they do see different types of schizophrenia in their analysis, but that they do not have enough data to analyse all the subgroups of the disease.

By finding the neurons most affected in schizophrenia as a whole, the research team points out that these neurons could very well also be the next treatment target.

“Now that we know the most affected neurons, we can try to target them to alleviate some of the symptoms that come with the disease. We also now know the molecular changes in these neurons.

“This gives us a potential to not only to alleviate the symptoms but also treat schizophrenia early in the therapeutic window, which is during the brain’s maturation until 20-25 years of age,” says Konstantin Khodosevich.

The researchers discovered a network of neurons most affected by schizophrenia. In particular, they show that it is the upper layers of the prefrontal cortex, the region of the cortex which is involved in higher cognitive brain functions such as learning and memory and general cognition.

And, coming back to the analysis of the neurons, they also discovered that it is not just one type of neurons that get affected by the disease, but a network of neuron types. 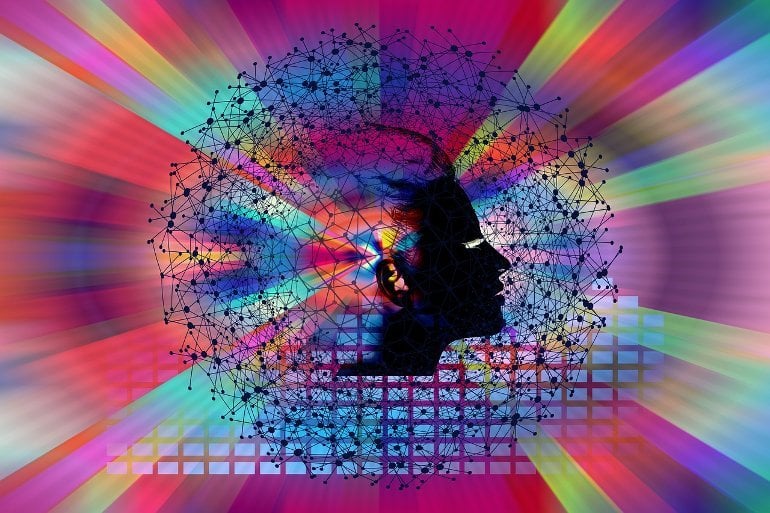 “Our results suggest that for treatment of schizophrenia we should not target one type of neurons, but rather their overall network. Impacting this network or cell ensemble could help restore the impaired function of these neurons,” says Konstantin Khodosevich.

It is known from previous research that, on a biological level, the energy production of the neurons in the prefrontal cortex is malfunctioning in schizophrenia. This enhances the developmental processes of these cells. The area as a whole undergoes continuous structural changes through youth and should stop and remain stable from age 20-25 years old. But with schizophrenia, this region in the brain has growth or enhanced activity, which help produce symptoms.

How the study was conducted

“The illness affects and distorts thoughts, feelings and actions. It is a psychosis, i.e. a distorted perception of reality, often characterised by delusions and hallucinations.

“Around 20 percent of those diagnosed with schizophrenia get better. The remaining 80 percent can have long periods without symptoms, but also periods where the symptoms deteriorate or become so serious that they require hospitalisation. The earlier schizophrenia is treated, the better the chances of the treatment producing good results.” – Mental Health Services – Capital Region of Denmark.

Schizophrenia is one of the most widespread and complex mental disorders. To characterize the impact of schizophrenia, we performed single-nucleus RNA sequencing (snRNA-seq) of >220,000 neurons from the dorsolateral prefrontal cortex of patients with schizophrenia and matched controls.

In addition, >115,000 neurons were analyzed topographically by immunohistochemistry. Compositional analysis of snRNA-seq data revealed a reduction in abundance of GABAergic neurons and a concomitant increase in principal neurons, most pronounced for upper cortical layer subtypes, which was substantiated by histological analysis.

Many neuronal subtypes showed extensive transcriptomic changes, the most marked in upper-layer GABAergic neurons, including down-regulation in energy metabolism and up-regulation in neurotransmission.

Overall, our results point toward general network impairment within upper cortical layers as a core substrate associated with schizophrenia symptomatology.