Super-recognizers never forget a face. They can catch a glimpse of their childhood friend in a rearview mirror and instantly know it’s them. They help police departments and security agencies identify suspects. They also make good private detectives and unofficial investigators.

But as fascinating as their superpower is, it remains poorly understood. Until now, scientists have believed super-recognizers were so good with faces because they processed them holistically by taking a facial snapshot and memorizing it.

In a paper published August 31 in the journal Psychological Science, psychologists from UNSW Sydney and the University of Wollongong (UOW) challenged this view, proving that super-recognizers—who  make up about 2 percent of society—look at faces just like all of us, but do it faster and more accurately.

How does this happen?

UNSW researcher and study lead author Dr. James Dunn explains that when super-recognizers catch a glimpse of a new face, they divide it into parts and then store these in the brain as composite images.

“They are still able to recognize faces better than others even when they can only see smaller regions at a time. This suggests that they can piece together an overall impression from smaller chunks, rather than from a holistic impression taken in a single glance,” Dunn said.

For the purpose of the study, co-lead author Dr. Sebastien Miellet, UOW researcher in the School of Psychology and an expert in active vision, used eye-tracking technology to analyze how super-recognizers scan and process faces and their parts. 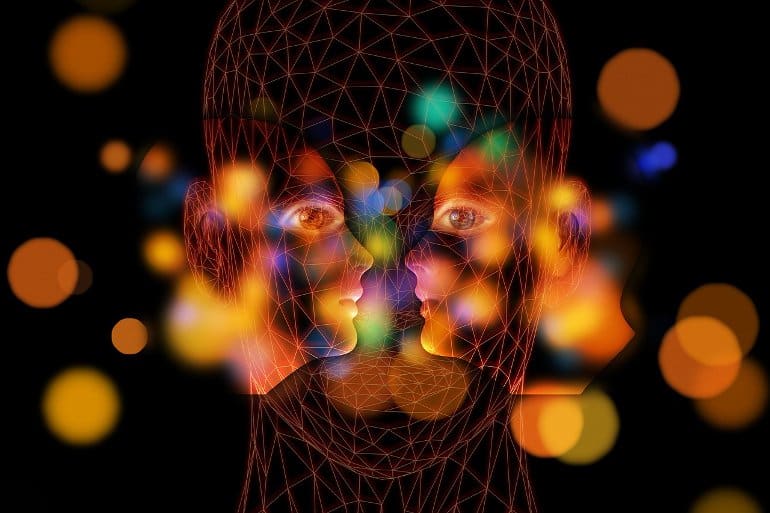 Until now, scientists have believed super-recognizers were so good with faces because they processed them holistically by taking a facial snapshot and memorizing it. Image is in the public domain

“With much precision, we can see not only where people look but also which bits of visual information they use,” Miellet said.

“So the advantage of super-recognizers is their ability to pick up highly distinctive visual information and put all the pieces of a face together like a puzzle, quickly and accurately,” Miellet said.

UNSW and UOW researchers will continue to study the super-recognizer population.

Miellet believes that one hypothesis is that super-recognizers’ superpower may stem from a particular curiosity and behavioral interest in other people. Potentially, super-recognizers may also be more empathetic than most of us.

“In the next stages of our study, we’ll equip some super-recognizers and typical viewers with a portable eye tracker and release them onto the streets to observe, not in the lab but in real life, how they interact with the world,” Miellet said.

We compared visual sampling of 37 adult super-recognizers—individuals with superior face-recognition ability—with that of 68 typical adult viewers by measuring gaze position as they learned and recognized unfamiliar faces. In both phases, participants viewed faces through “spotlight” apertures that varied in size, with face information restricted in real time around their point of fixation.

We found higher accuracy in super-recognizers at all aperture sizes—showing that their superiority does not rely on global sampling of face information but is also evident when they are forced to adopt piecemeal sampling. Additionally, super-recognizers made more fixations, focused less on eye region, and distributed their gaze more than typical viewers.

These differences were most apparent when learning faces and were consistent with trends we observed across the broader ability spectrum, suggesting that they are reflective of factors that vary dimensionally in the broader population.