New research led by the University of Cincinnati and Cincinnati Children’s Hospital Medical Center sheds light on the connection between exposure to environmental toxins in utero and the later development of anxiety during adolescence.

Lead author Jeffrey Strawn, MD, and his colleagues recently published the study in the journal Depression and Anxiety.

Strawn said researchers are increasingly interested in learning more about risk factors for anxiety and depression in children, particularly since there has been a surge of these symptoms during the pandemic. Even prior to the pandemic, anxiety disorders were among the most prevalent and earliest presenting mental health conditions for children, he said.

“We know a lot about early risk factors, including psychological risk factors, temperament, behaviors and family relationships,” said Strawn, professor in the Department of Psychiatry and Behavioral Neuroscience in UC’s College of Medicine and a UC Health child and adolescent psychiatrist.

“But we know incredibly little about the effects of environmental factors like air pollution and other environmental toxicants on anxiety.”

The study focused on a class of chemicals called polybrominated diphenyl ethers (PBDEs) that were used as flame retardants for products like furniture foam padding, insulation, rugs, upholstery, computers and appliances.

Exposure to PBDEs during early brain development has been associated with cognitive deficits, reduced language skills and attention-deficit/hyperactivity disorder, and the chemicals were banned in the United States in 2004.

Despite the ban, Strawn said exposure to PBDEs remains common, but its effect on anxiety symptoms had not been previously studied.

“One of the things that we know is that brain development starts relatively early in utero,” he said.

“We wanted to look at how different exposures at different points in a pregnancy impact brain development and how that potentially translates to a risk for anxiety or depression symptoms, which we know tend to manifest a bit later. The idea is to look at what is the earliest risk factor that we can really identify.”

The researchers used data from the Health Outcomes and Measures of the Environment (HOME) study, which was designed to measure the impact of fetal and early childhood exposures to environmental toxicants like lead, mercury, pesticides, PBDEs and more. The study enrolled 468 pregnant women in the Greater Cincinnati region from 2003-2006 and continued to follow up with their children up to 12 years later.

“We have this ongoing sample with lots of data about the moms and specifically about their environmental exposures in terms of blood that was obtained during their pregnancy,” Strawn said.

“What we did is look at the relationship between exposure to those different environmental chemicals, specifically flame retardants, and that subsequent risk of developing anxiety or having anxiety symptoms.” 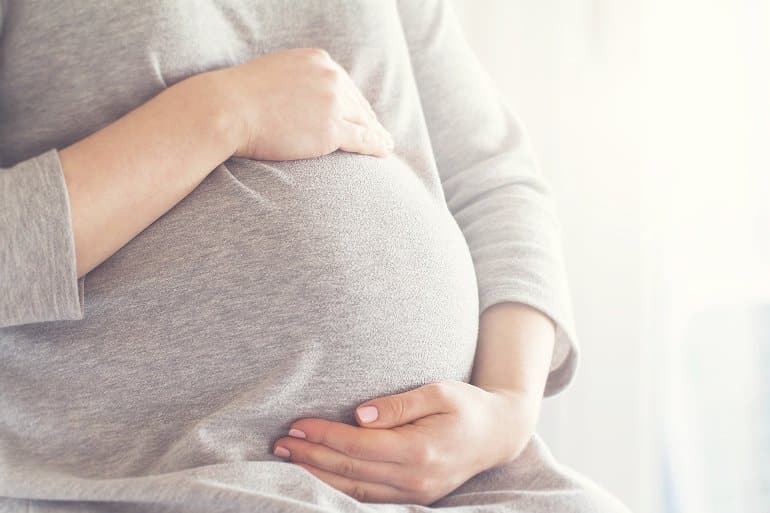 Even prior to the pandemic, anxiety disorders were among the most prevalent and earliest presenting mental health conditions for children, he said. Image is in the public domain

A total of 236 adolescents from the HOME study were given self-reporting anxiety and depression screenings around the age of 12.

The study found that each time the PBDE levels doubled in a pregnant mother’s blood sample was associated with increased anxiety scores in the adolescents, suggesting PBDE exposure during pregnancy may be a risk factor for developing anxiety symptoms in early adolescence.

Strawn said it is important to note that an increase in anxiety symptoms does not necessarily correlate with the adolescents developing anxiety disorders, but PBDE exposure across an entire population could still have a large impact.

“When you look at a population level and you see the effect of these ubiquitous chemicals increasing your baseline anxiety by 10% or 20%, that’s really significant across the whole population,” Strawn said.

“That increase in anxiety across a population means that many individuals may cross the line between having manageable anxiety and having an anxiety disorder.”

Moving forward, Strawn said further research will aim to understand what brain regions are being affected by PBDE exposure and if there are certain time periods in pregnancy that are more closely associated with the increased anxiety risk. Work will also continue in improving clinical interventions and working to minimize PBDE exposure.

Anxiety disorders emerge during childhood and adolescence and are frequently preceded by subsyndromal anxiety symptoms. Environmental toxicants, including gestational polybrominated diphenyl ether (PBDE) exposure, are associated with neuropsychiatric sequelae; however, the role of PBDEs as risk factors for anxiety in adolescence is unclear.

Using data from the Health Outcomes and Measures of the Environment (HOME) Study, a prospective pregnancy and birth cohort enrolled from 2003 to 2006, we investigated the relationship between gestational serum PBDE concentrations and anxiety symptoms in adolescents (N = 236). We measured five PBDE congeners (PBDE-28, −47, −99, −100, and −153) at 16 ± 3 weeks of gestation and calculated their sum (∑PBDE). We assessed self-reported anxiety symptoms using the Screen for Child Anxiety Related Emotional Disorders (SCARED) and depressive symptoms using the Children’s Depression Inventory (CDI-2) at age 12 years. We estimated the associations of maternal PBDE concentrations with child anxiety and depressive symptoms using multivariable linear regression and modified Poisson regression. Covariates included child sex, maternal race, maternal age at delivery, maternal marital status, maternal education, and household income at the 12-year study visit as well as maternal depressive and anxiety symptoms. Sensitivity analyses were performed to control for maternal lead and mercury at delivery.

Gestational serum PBDE concentrations just before mid-pregnancy and during a period of active cortical and limbic neurogenesis, synaptogenesis and myelogenesis may be a risk factor for developing anxiety symptoms in early adolescence.