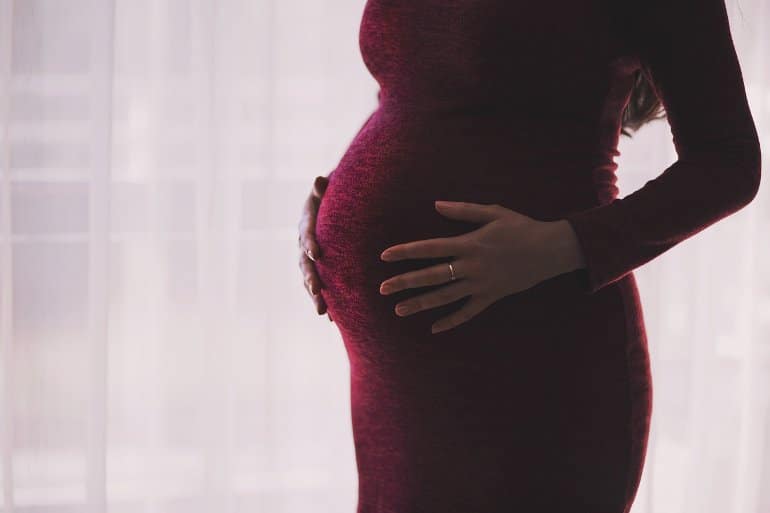 Summary: The common antidepressant Prozac (fluoxetine) provokes an inflammatory response in the amniotic sac. The findings may reveal the underlying factor of why women who take SSRI antidepressants are at higher risk of preterm birth.

A Yale study has found that exposure to the common antidepressant Prozac provoked an inflammatory response in human fetal membranes, also known as the amniotic sac.

The effect may reveal an underlying factor in what has been found to be an increased risk of preterm birth among those who use antidepressants during pregnancy—and possible therapeutic targets to reduce that risk.

The findings were published Dec. 13 in the Journal of Reproductive Immunology.

As many as 13% of pregnant people will use antidepressants during their pregnancy, according to previous research. Yet research has shown that a common type of antidepressant, known as a serotonin reuptake inhibitor (SRI), can have various adverse effects on fetuses and pregnancies.

The strongest evidence points to increased risks of a pregnant person’s water breaking too early and subsequent preterm delivery.

Pregnant people with psychiatric illnesses, therefore, face the tough decision of whether to stop treatment.

“It’s hard to suddenly take a pregnant person off of a medication they need,” said Vikki Abrahams, professor of obstetrics, gynecology, and reproductive sciences at Yale School of Medicine.

“If we can identify a way to prevent an adverse pregnancy outcome, we could reduce the risk of SRI treatment.” Abrahams was co-senior author of the study along with Kimberly Yonkers at the University of Massachusetts Chan Medical School.

Water-breaking refers to when the amniotic sac ruptures, and it’s a sign that labor has started or soon will. When that happens before a pregnancy has reached term, it’s known as preterm premature rupture of membranes.

“When it happens too early, it triggers preterm labor, and we know that prematurity is really detrimental to the baby and that it can have long-term health consequences for the child later in life,” said Abrahams.

Inflammation in the fetal membranes—the amniotic sac that encloses the fetus and amniotic fluid—is thought to be one cause of preterm premature rupture of membranes. To see if inflammation plays a role in the adverse pregnancy effects of SRIs, Abrahams and her colleagues analyzed the effects of Prozac, also known as fluoxetine, on fetal membranes.

For the study, the researchers used samples of human fetal membrane tissue that were donated to the Yale University Reproductive Sciences Biobank and collected from uncomplicated pregnancies delivered via cesarean section. They exposed some tissue samples to Prozac and compared them to samples not exposed to the drug.

They found that Prozac increased the activity levels of a molecule called p38-MAPK that mediates inflammation. That molecule, in turn, caused an increase of interleukin 6, a small protein called a cytokine that promotes inflammation.

The researchers then analyzed fetal membrane samples collected from people who had used Prozac during pregnancy, compared them to samples from people who did not use antidepressants, and found they too had elevated levels of active p38-MAPK.

As many as 13% of pregnant people will use antidepressants during their pregnancy, according to previous research. Image is in the public domain

“There’s evidence in other disease models that targeting inflammatory cytokines may be an option,” said Abrahams.

“People with lupus, for example, are at higher risk for adverse pregnancy outcomes and there are clinical trials under way in which these patients are being treated with antibodies that target a particular cytokine. So here, anti-interleukin 6 antibodies, for instance, could be worth investing.”

Ultimately, the study reveals a signaling pathway to investigate further, which could yield even better targets for treatment, she added.

Going forward, Abrahams is interested in uncovering how SRIs like Prozac act on the fetal membranes to elevate p38-MAPK, how other SRIs affect fetal membranes, and whether other types of antidepressants have similar effects.

For now, though, knowing that SRIs can cause inflammation in fetal membranes will help with decision-making and clinical management, said Abrahams.

“It arms the physician and the patient with more information,” she said. “And that can help them make more informed choices.”

Serotonin Reuptake Inhibitors (SRIs) are often used as first line therapy for depression and other psychiatric disorders. SRI use during pregnancy is associated with preterm premature rupture of membranes (PPROM) and subsequent preterm birth.

The objective of this study was to investigate the mechanism(s) responsible for SRI-associated PPROM. Putative mechanisms underlying PPROM include fetal membrane (FM) inflammation, increased apoptosis, and/or accelerated senescence, the later which may be reversed by statins.

Human FM explants from normal term deliveries without labor, infection, or antidepressant use were treated with or without the SRI, fluoxetine (FLX), either alone or in the presence of a p38 MAPK inhibitor or the statins, simvastatin or rosuvastatin. FMs were also collected from women either unexposed or exposed to FLX during pregnancy.

These results indicate that the SRI, FLX, may induce sterile FM inflammation during pregnancy through activation of the p38 MAPK pathway, and in the absence of apoptosis and senescence.

These findings may better inform clinicians and patients as they weigh the risks and benefits of SRI antidepressant treatment during pregnancy.

Regional spotlight: Why the future is bright for tech in Scotland