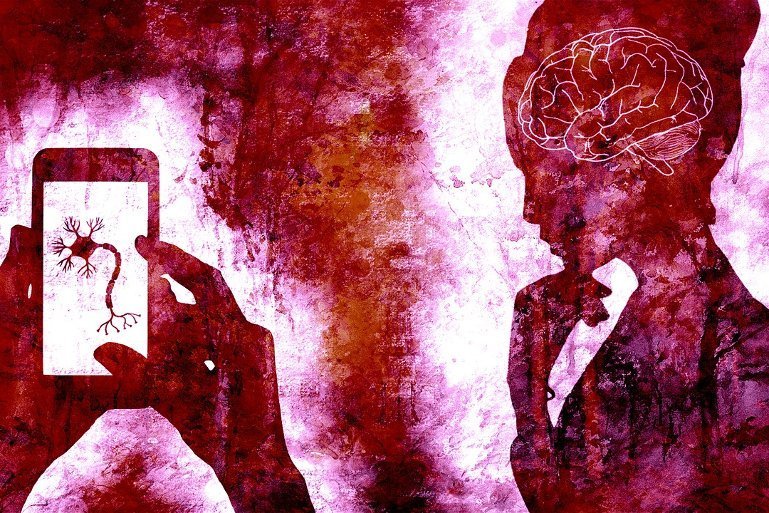 Intermittent fasting changes the gut bacteria activity of mice and increases their ability to recover from nerve damage.

The new research is published in Nature and was conducted by Imperial College London researchers.

They observed how fasting led to the gut bacteria increasing production of a metabolite known as 3-Indolepropionic acid (IPA), which is required for regenerating nerve fibers called axons—thread-like structures at the ends of nerve cells that send out electro-chemical signals to other cells in the body.

This novel mechanism was discovered in mice and is hoped to also hold true for any future human trials. The team state that the bacteria that produces IPA, Clostridium sporogenesis, is found naturally in the guts of humans as well as mice and IPA is present in human’s bloodstreams too.

“There is currently no treatment for people with nerve damage beyond surgical reconstruction, which is only effective in a small percentage of cases, prompting us to investigate whether changes in lifestyle could aid recovery,” said study author Professor Simone Di Giovanni from Imperial’s Department of Brain Sciences.

“Intermittent fasting has previously been linked by other studies to wound repair and the growth of new neurons—but our study is the first to explain exactly how fasting might help heal nerves.”

Fasting as a potential treatment

The study assessed nerve regeneration of mice where the sciatic nerve, the longest nerve running from the spine down the leg, was crushed. Half of the mice underwent intermittent fasting (by eating as much as they liked followed by not eating at all on alternate days), while the other half were free to eat with no restrictions at all.

These diets continued for a period of 10 days or 30 days before their operation, and the mice’s recovery was monitored 24 to 72 hours after the nerve was severed.

The length of the regrown axons was measured and was about 50% greater in mice that had been fasting.

Professor Di Giovanni said, “I think the power of this is that opens up a whole new field where we have to wonder: is this the tip of an iceberg? Are there going to be other bacteria or bacteria metabolites that can promote repair?”

The researchers also studied how fasting led to this nerve regeneration. They found that there were significantly higher levels of specific metabolites, including IPA, in the blood of diet-restricted mice.

To confirm whether IPA led to nerve repair, the mice were treated with antibiotics to clean their guts of any bacteria. They were then given genetically-modified strains of Clostridium sporogenesis that could or could not produce IPA.

The study assessed nerve regeneration of mice where the sciatic nerve, the longest nerve running from the spine down the leg, was crushed. Image is in the public domain

Importantly, when IPA was administered to the mice orally after a sciatic nerve injury, regeneration and increased recovery was observed between two and three weeks after injury.

The next stage for this research will be to test this mechanism for spinal cord injuries in mice as well as testing whether administering IPA more frequently would maximize its efficacy.

“One of our goals now is to systematically investigate the role of bacteria metabolite therapy.” Professor Di Giovanni said.

More studies will need to investigate whether IPA increases after fasting in humans and the efficacy of IPA and intermittent fasting as a potential treatment in people.

He said: “One of the questions that we haven’t explored fully is that, since IPA lasts in blood for four to six hours in high concentration, would administering it repeatedly throughout the day or adding it to a normal diet help maximize its therapeutic effects?”

The regenerative potential of mammalian peripheral nervous system neurons after injury is critically limited by their slow axonal regenerative rate.

Regenerative ability is influenced by both injury-dependent and injury-independent mechanisms. Among the latter, environmental factors such as exercise and environmental enrichment have been shown to affect signalling pathways that promote axonal regeneration.

Several of these pathways, including modifications in gene transcription and protein synthesis, mitochondrial metabolism and the release of neurotrophins, can be activated by intermittent fasting (IF). However, whether IF influences the axonal regenerative ability remains to be investigated.

Here we show that IF promotes axonal regeneration after sciatic nerve crush in mice through an unexpected mechanism that relies on the gram-positive gut microbiome and an increase in the gut bacteria-derived metabolite indole-3-propionic acid (IPA) in the serum.

IPA production by Clostridium sporogenes is required for efficient axonal regeneration, and delivery of IPA after sciatic injury significantly enhances axonal regeneration, accelerating the recovery of sensory function. Mechanistically, RNA sequencing analysis from sciatic dorsal root ganglia suggested a role for neutrophil chemotaxis in the IPA-dependent regenerative phenotype, which was confirmed by inhibition of neutrophil chemotaxis.

Our results demonstrate the ability of a microbiome-derived metabolite, such as IPA, to facilitate regeneration and functional recovery of sensory axons through an immune-mediated mechanism.

I have been diagnosed with diabetic amyotrophy.i am interested in the article on fasting to make nerves regrow.they are giving me 1000mlg of steroids weekly to try to make my nerves regrow in my legs.would like to volunteer to try your fasting in humans if you are looking for someone????

How Neurons From PTSD Patients React to Stress – Neuroscience News