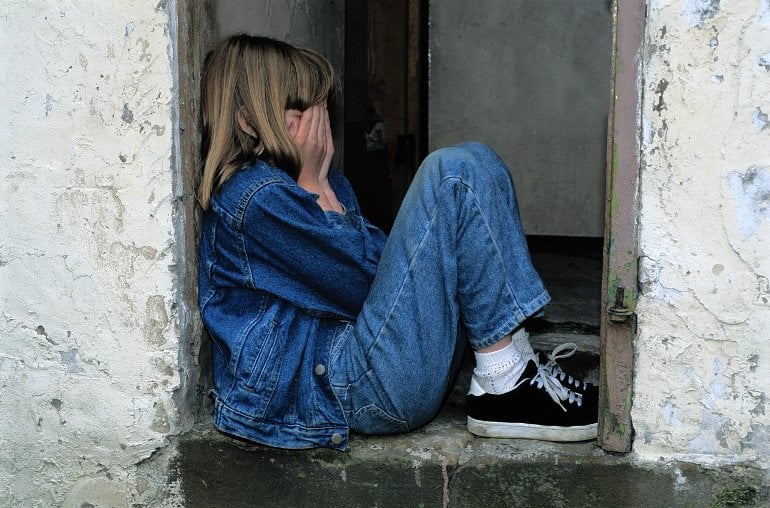 Summary: Having one or more retail outlets selling alcohol for off-premises consumption in a neighborhood was associated with a 13.5% increase in cases of child abuse and 10.5% more children being entered into the foster care system.

The number of stores selling alcohol in a neighborhood is linked to cases of child abuse and neglect in the same area, a new study suggests.

A study in Sacramento, California, found that having one more off-premises alcohol outlet – those selling alcohol to be consumed elsewhere – in a census tract was related to 13.5% more substantiated cases of child abuse and neglect in that area in a year and 10.5% entries into foster care.

That was after taking into account a variety of other factors that could impact child maltreatment numbers in the neighborhood.

The results show the importance of alcohol availability in creating conditions that may lead to child abuse, said Bridget Freisthler, lead author of the study and professor of social work at The Ohio State University.

“The relationship between the alcohol environment and child abuse and neglect is complex,” Freisthler said.

“Individual interventions to reduce substance use will not completely solve the problem without addressing the issue of alcohol supply.”

The study was published online recently in the journal Alcoholism: Clinical and Experimental Research.

The study explored alcohol use and availability and child abuse and neglect in 326 census block groups in Sacramento over three time points (1999, 2001 and 2003).

Freisthler said that she and her colleagues used this older data because it is very difficult to get data this detailed on a neighborhood level.  She said that she believes the relationships found in the study would still hold true today.

The researchers used a concept called “market potential,” which is the total possible demand for a good – in this case alcohol – in a defined area.

“Market potentials are related to the number of bars, restaurants and off-premises alcohol outlets in a neighborhood,” Freisthler said.

“Market potentials for alcohol use have not been assessed in a way that would allow us to understand how they might be associated with alcohol-related problems, such as child abuse and neglect.”

In addition, alcohol use patterns were estimated using surveys done of Sacramento residents asking about their alcohol use.

The results showed that a 1% higher per capita volume of alcohol consumed in a neighborhood was related to 3.2% more children entering foster care due to alcohol-related concerns.

Freisthler noted that having children enter foster care is a high threshold for determining that children are endangered by their parents’ alcohol use.  That suggests that reducing the total volume of alcohol among 18- to 29-year-olds should be the goal.

“Strategies that reduce drinking, even among those who drink at lower levels, may reduce alcohol-related foster care entries,” she said.

One important way to do that would be to make alcohol less easily available in neighborhoods.

“What happens is that these stores that sell alcohol are placed into neighborhoods where, for example, they have more young people who also tend to drink more,” Freisthler said.

The results show the importance of alcohol availability in creating conditions that may lead to child abuse, said Bridget Freisthler, lead author of the study and professor of social work at The Ohio State University. Image is in the public domain

“It perpetuates a cycle in which a population, young adults, that tends to drink more is given easier access to alcohol, which leads to more drinking.  And the end result is more child maltreatment.”

The study found that the presence of a store selling alcohol – a measure of alcohol supply – had a link to child abuse and neglect even after controlling for the alcohol market potential of 18- to 29-year-olds living in the neighborhood.

“This suggests that the location of an off-premises outlet within a neighborhood may impact child maltreatment outside of the alcohol consumed by those who live there,” Freisthler said.

“We have to pay more attention to how the supply and availability of alcohol has an impact on child maltreatment if we want to make a real difference.”

Funding: The study was funded by the National Institute on Alcohol Abuse and Alcoholism.

Co-authors on the study were Christiana Kranich, senior research analytics specialist at the Ohio Colleges of Medicine Government Resource Center; Jennifer Price Wolf of San Jose State University; Reiko Boyd of the University of Houston; and Paul Gruenewald of the Pacific Institute for Research and Evaluation.

Relatively few measures that reflect alcohol use are available at smaller geographic units and the measures. Alcohol use can lead to child abuse and neglect even if the person using alcohol does not use heavily. We assess whether estimated level of total alcohol use per capita is related to measures of child abuse and neglect that include substantiated reports of maltreatment, total entries into foster care, and alcohol-related entries into foster care.

Our sample consists of 326 Census block groups in Sacramento, California over three time points (978 space-time units). Administrative data for substantiations of child abuse and neglect and foster care entries are our outcomes. We create market potentials for alcohol use among 18 to 29 year olds as our primary independent variable. Data are analyzed using Bayesian conditionally autoregressive spatio-temporal models.

Higher estimated volume of alcohol use per capita among young adults (aged 18-29) was related to more children entering foster care due to alcohol-related concerns. Reducing alcohol supply in alcohol outlets, specifically through off-premise establishments, might reduce rates for all entries into foster care, or other out-of-home placement, and substantiated child abuse and neglect.