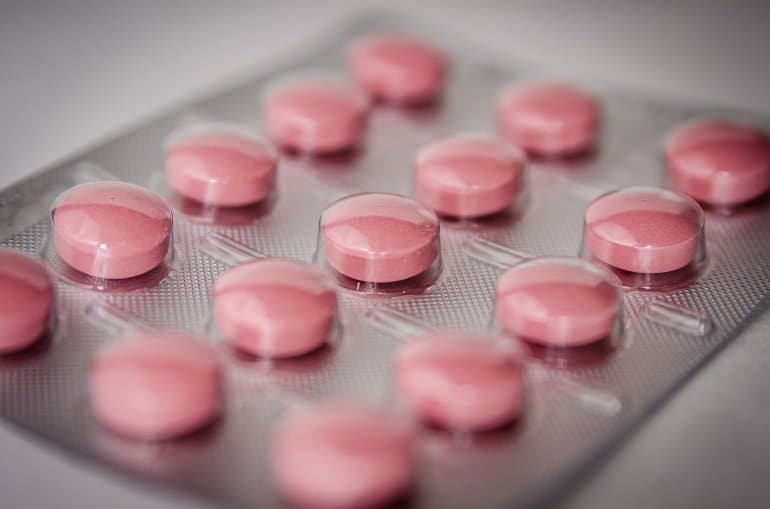 Summary: Afimetoran, a newly developed pill to treat lupus, not only prevents lupus-like symptoms in mice, it also reverses signs of organ damage caused by the disease and prevents death. The medication is now undergoing phase 2 clinical trials to assess its effectiveness in lupus patients.

Lupus is an autoimmune disease that attacks organs and can be fatal. There’s no cure, so current treatments aim to limit damage and ameliorate symptoms. Some of these therapies have to be injected, some have serious side effects, and many aren’t very effective.

But today, scientists report they have begun phase 2 clinical trials with a pill containing a compound that, in mice, not only prevents lupus-like symptoms, but also reverses signs of organ damage caused by the disease and prevents death.

The researchers will present their results at the fall meeting of the American Chemical Society (ACS). ACS Fall 2022 is a hybrid meeting being held virtually and in-person Aug. 21–25, with on-demand access available Aug. 26–Sept. 9. The meeting features nearly 11,000 presentations on a wide range of science topics.

“Few new therapies have succeeded, but we believe our compound could be an effective treatment for lupus,” says Alaric Dyckman, Ph.D. The disease affects 5 million people worldwide, according to the Lupus Foundation of America. Symptoms include rashes, extreme fatigue, pain, inflammation and deterioration of organs, such as the kidneys and heart, which can lead to death.

Lupus develops when the immune system attacks the body’s tissues. Years ago, researchers began suspecting that this process involved toll-like receptors (TLRs) 7 and 8, which are cellular proteins that activate the immune system when they detect viral RNA or mistakenly identify a person’s own RNA as a threat.

“Genetic data and evaluations of injectable treatments suggested TLR7 and 8 could be drug targets for lupus. What was missing was an ability to directly block these receptors with small molecules that could be taken orally,” says Dyckman. So in 2010, he and other scientists at Bristol Myers Squibb (BMS) set out to develop such compounds.

New options would be welcome, since many patients don’t respond fully to current medications. The two approved therapies that were specifically developed for lupus reduce activity of specific immune system components: AstraZeneca’s anifrolumab blocks a receptor for the protein interferon, while GlaxoSmithKline’s belimumab reduces the survival of white blood cells known as B cells.

Other treatments include steroids and other general immune suppressants, anti-malarials, anti-inflammatories and anticoagulants.

However, anifrolumab and belimumab must be given by injection or infusion, Dyckman notes, while steroids and general immune suppressants are associated with safety concerns and were not originally designed to treat lupus.

The BMS researchers began zeroing in on a suitable alternative by screening the company’s compound collection for molecules that could block TLR7/8 signaling. The team modified the structures of the initial hits to reduce interaction with other receptors, improve potency and enable oral dosing.

The resulting compound, “afimetoran,” binds to the target TLRs, inhibiting their operation to achieve beneficial activity. Like anifrolumab, it interferes with interferon, and like belimumab, it controls damage from overactive B cells. It also inhibits the production of multiple proinflammatory cytokines that cause a lot of tissue damage in lupus.

“With afimetoran, not only could we prevent the development of lupus-like symptoms in mice before their disease onset, but we could actually reverse the symptoms and prevent death in animals that were days or weeks away from succumbing to the disease,” Dyckman says.

“We hadn’t seen that reversal with other mechanisms we had evaluated, so we were particularly excited about that finding.”

The BMS researchers began zeroing in on a suitable alternative by screening the company’s compound collection for molecules that could block TLR7/8 signaling. Image is in the public domain

Dyckman says he believes the combined effects of afimetoran give it the potential to control lupus as well as or better than existing treatments and do so through an oral delivery, as opposed to requiring injection or infusion.

The team also found that afimetoran combined well with corticosteroid treatments in mice. That means patients might be able to use lower doses of steroids, a mainstay of lupus treatment.

Lower doses would be beneficial because steroids have side effects, such as weight gain, thinning bones, high blood pressure and diabetes, as well as an increased risk of infection.

Phase 1 clinical trials of afimetoran to evaluate safety in healthy people and shed light on the compound’s behavior in the body have been completed.

The trials showed that a low, once-daily oral dose could almost completely block signaling through TLR7/8. And now, a phase 2 trial to test its effectiveness in lupus patients is underway. Because of its mode of action, Dyckman says, it may also work in other autoimmune disorders, such as psoriasis or arthritis.

BMS is testing other compounds against lupus, such as deucravacitinib, an oral, selective tyrosine kinase 2 (TYK2) inhibitor that is moving into phase 3 studies. Other companies are also making progress. Merck, for instance, is evaluating its own oral TLR7/8 blocker, enpatoran, in phase 2 trials.

But the crowded field doesn’t concern Dyckman. Despite intensive efforts to develop new therapies over the past several decades, few have succeeded.

“So getting a lot of shots on goal is important,” he says. “Also, lupus is such a heterogeneous disease that it’s unlikely that any single approach will provide relief for all of the patients out there.”