Researchers from Inserm, CNRS, Sorbonne University and clinicians from the AP-HP and at Paris Brain Institute identified one of the mechanisms explaining ketamine effect as an antidepressant.

Ketamine, usually used as an anesthetic, was administered to patients with severe resistant depression. This treatment led patients to present an increased ability to overcome their negative beliefs about themselves and the world when researchers presented them positive information.

Depression is the most common psychiatric disorder: it is estimated that 5 to 15% of the French population will experience a major depressive episode during their lifetime. All age groups and all social backgrounds are affected.

The disease is characterized by sadness and loss of hedonic feelings that positive events do not improve. Depressed patients progressively develop negative beliefs about themselves, the world, and the future, that may develop into suicidal thoughts. These negative beliefs remain even when the patient receives positive information.

About one-third of people with depression do not respond to the most prescribed antidepressants, leading to a diagnosis of treatment-resistant depression (TRD). For these people, finding new and effective therapies is a priority.

Ketamine, a commonly used anesthetic, has been shown to influence resistant depression. While conventional antidepressant treatments take time to be efficient (on average three weeks), ketamine has a rapid antidepressant effect, only a few hours after administration. The mechanisms associated with this fast-acting antidepressant effect are still unknown.

During the protocol, patients and healthy subjects were first asked to estimate the probability of 40 “negative” events which could occur in their lives (e.g., have a car accident, get cancer, or lose their wallet).

After being informed of the actual occurrence risks in the general population, patients and healthy subjects were again asked to estimate the probability of these events occurring in their lives. The research team was interested in the updating of beliefs after getting information. 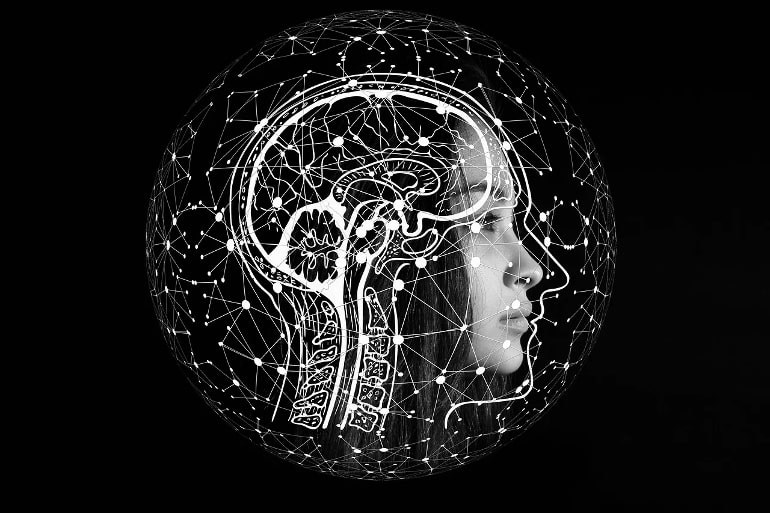 Ketamine, a commonly used anesthetic, has been shown to influence resistant depression. Image is in the public domain

Results showed that healthy subjects tended to update their initial beliefs more after receiving factual and positive information, which was not the case in the depressed patient population.

In the suite of the study, TRD patients received three administrations of ketamine at a subanesthetic dose (0.5 mg/kg over 40 minutes) in one week.

In conclusion, in this study, patients with antidepressant-resistant depression showed a significant decrease in symptoms and became more receptive to “positive” experiences after one week of ketamine treatment.

This work highlights for the first time a cognitive mechanism potentially involved in the early effect of ketamine. It paves the way to new research on antidepressant therapies modulating the mechanisms of belief updating.

To evaluate whether ketamine alters belief updating and how such cognitive effects are associated with the clinical effects of ketamine.

This study used an observational case-control protocol with a mixed-effects design that nested 2 groups by 2 testing time points. Observers were not blinded. Patients with treatment-resistant depression (TRD) and healthy volunteer participants aged 34 to 68 years were included. Patients with TRD were diagnosed with major depressive disorder or bipolar depression, had a Montgomery-Åsberg Depression Rating Scale score greater than 20, a Maudsley Staging Method score greater than 7, and failed to respond to at least 2 prior antidepressant trials. Exclusion criteria were any other psychiatric, neurological, or neurosurgical comorbidities, substance use or addictive disorders, and recreational ketamine consumption. Data were collected from January to February 2019 and from May to December 2019, and data were analyzed from January 2020 to July 2021.

These findings provide novel insights into the cognitive mechanisms of the action of ketamine in patients with TRD, with promising perspectives for augmented psychotherapy for individuals with mood disorders.