Summary: A person’s mood in addition to alcohol-related cues contributes to cravings for alcohol in opposite ways in men and women.

Drinkers’ mood shifts and exposure to alcohol-related cues—beer cans, bars, and drinking buddies—contribute to alcohol cravings in opposite ways for men and women, a new study suggests.

The findings have implications for how men and women develop dangerous drinking habits and ways that this might be prevented or treated.

Some theories link alcohol use to positive and negative emotions: drinking to either enhance good mood or cope with stress, potentially becoming a self-reinforcing cycle.

Studies have yielded mixed findings, however, suggesting that mood interacts with subconscious cognitive processes to prompt alcohol-seeking. These subconscious processes include attention bias; heavy drinkers are especially attuned to alcohol-related stimuli (sights, smells, and interactions that remind them of drinking).

Previous research suggests that attention bias may shift rapidly, interacting with emotion to generate in-the-moment drug craving, and that these effects may vary by psychological and social factors linked to biological sex.

For the study in Alcoholism: Clinical & Experimental Research, investigators at the University of Central Florida explored how attention to alcohol-related cues affects craving in the moment, and the influence of mood and biological sex.

The researchers worked with data from 69 college student drinkers aged 18–29 who did not have a mood, anxiety, substance use or psychotic condition. Two out of three were female and 91% were White.

The participants carried a digital tablet for up to 15 days and responded to assessments of their current mood and drinking, a process that yielded 4,010 measurements. The assessments covered mood (e.g., “How nervous/sad/joyful are you feeling right now?”) and alcohol craving (e.g., “How strong is your urge to drink alcohol right now?”).

Positive mood was associated with momentary alcohol cravings, consistent with the theory that upbeat mood promotes drinking (the affect regulation model). However, the associations took opposite forms for men and women.

Among men, the association between their attention to alcohol cues and their alcohol craving became stronger when they experienced momentary mood boosts. Among women, that association strengthened during momentary declines in mood (“low positive”). 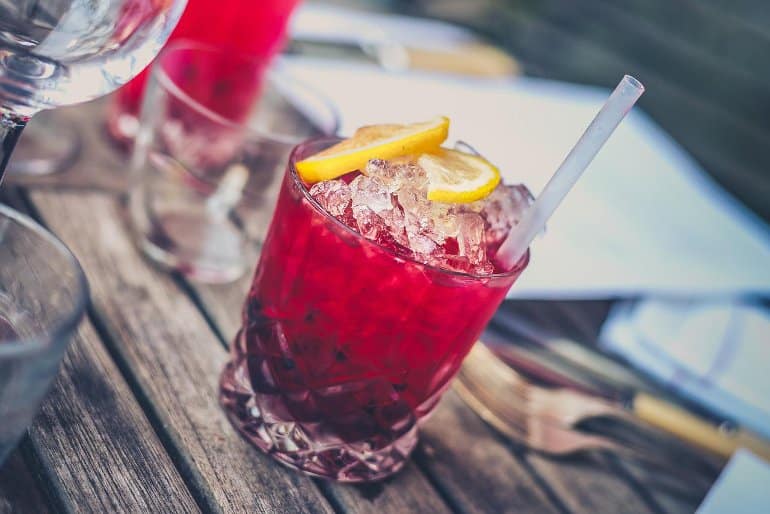 Previous research suggests that attention bias may shift rapidly, interacting with emotion to generate in-the-moment drug craving, and that these effects may vary by psychological and social factors linked to biological sex. Image is in the public domain

Potentially, among women at low positive mood, another process may be involved: cravings related to the positive feelings of a drug may transition to negative feelings of wanting that drug (incentive sensitization theory).

This is the first study to find such an association in humans, and potentially adds to evidence that women develop addiction-like behavioral traits more rapidly than men.

The study provides further evidence of sex differences in attention and alcohol cravings—a phenomenon that may reflect varying cognitive processing of attentional versus social cues in men and women.

The findings underline the impact of mood on attention bias and alcohol craving. Interventions that target shifting attention away from alcohol cues to reduce craving may be important in the treatment of alcohol use disorders and may yield different outcomes among men and women.

Additional research is needed on whether the study findings apply to diverse populations and to further explore sex differences in mood, attention bias, and cravings.

Attentional bias (AB) has been linked to alcohol use, mood, and alcohol craving, with key differences across different types of mood and biological sex. However, further exploration of the role of AB across these alcohol variables is needed. The current study examined the relationship between mood and AB as predictors of alcohol craving using ecological momentary assessment (EMA). Exploratory analysis examined these effects as a function of biological sex.

Participants (n = 69) from a Midwestern University carried a mobile device for 15 days and provided ratings of momentary mood (positive mood, anxious mood, and sad mood), alcohol craving, and AB. Data were analyzed using a two-level multilevel regression model, with associations between craving, mood, and AB examined at both the momentary and between-subjects levels.

The findings highlight the importance and nuances of biological sex in the context of mood, AB, and craving. Interventions targeting AB and/or emotion regulation may yield different outcomes for men and women.