Summary: Daily morning blue-lightwave light exposure improved sleep and reduced the severity of symptoms for those suffering from PTSD.

People with post-traumatic stress disorder (PTSD) experienced better sleep, a reduction in the severity of PTSD symptoms and more effective treatments after exposure to blue light therapy, according to a new study conducted by researchers in the University of Arizona College of Medicine – Tucson’s Department of Psychiatry and recently published in Frontiers in Behavioral Neuroscience.

Sleep is crucial for maintaining physical and mental health, and inadequate sleep over time can impact all aspects of life with serious implications for long-term health, relationships, cognitive abilities such as learning, and healing.

The influence of sleep disruption on PTSD symptom severity is well established. Those who seek treatment to allay their PTSD symptoms often face a vicious cycle where poor sleep interferes with the effectiveness of treatments, negating any lessening of symptoms, which in turn contributes to sleep disruptions. To reduce and eliminate the emotional impact of traumatic memories, the patient needs quality sleep to integrate healing mechanisms achieved through cognitive or exposure therapy treatments.

“This research is exciting and unique because it points to an easy-to-use method for helping those with PTSD to retain the benefits of therapy long after the treatment ends,” said psychiatry professor William “Scott” Killgore, PhD, director of the Social, Cognitive and Affective Neuroscience (SCAN) Lab and senior author on the paper, “Morning blue light treatment improves sleep complaints, symptom severity, and retention of fear extinction memory in post-traumatic stress disorder.”

Dr. Killgore and the SCAN Lab team conducted a comprehensive assessment of daily morning blue-wavelength light exposure on individuals with clinically significant levels of PTSD. The goal was to ascertain if blue light therapy would help improve sleep and PTSD symptoms and sustain learned fear extinction memories, an analog of therapeutic treatment for trauma. 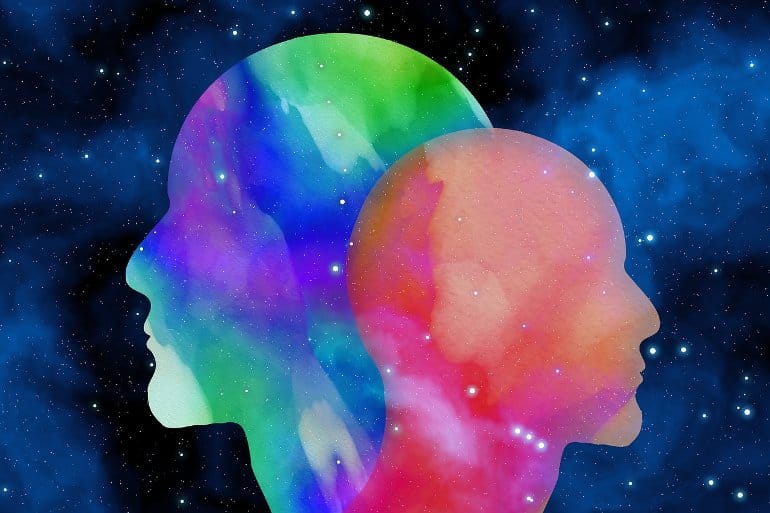 The influence of sleep disruption on PTSD symptom severity is well established. Image is in the public domain

Study participants committed to 30 minutes of morning light exposure daily for six weeks, with half of the participants using blue-wavelength light and half using amber light. Researchers examined the neurobiological, autonomic and behavioral outcome changes during the study.

The 43 participants who received blue light therapy not only demonstrated significant improvements in the severity of their PTSD symptoms, but also reported improvements in sleep and showed an increased retention of fear extinction memories. In comparison, the 39 study participants who received amber light did not show the same retention of the extinction memories, but rather showed a return of the original fear memories.

“While the limitations of the research include its modest sample size and difficulties monitoring compliance, the possibilities of utilizing a treatment that is relatively simple, drug-free and inexpensive can offer hope for the large population of people living with the intense challenges of post-traumatic stress disorder,” Dr. Killgore said.

“The data are thrilling,” said Jordan Karp, MD, professor and chair of the College of Medicine – Tucson’s Department of Psychiatry. “This nonpharmacological intervention is a promising life-changing and life-saving possibility for people suffering from PTSD.”

Funding: This study was supported by the US Army Medical Research and Development Command (W81XWH-14-0570).

Disrupted sleep is a major feature in numerous clinical disorders and is related to decrements in affective memory processing. The prevalence of sleep disruption in post-traumatic stress disorder (PTSD) is suggested to be a key feature that exacerbates the impaired ability to recall extinction memories during experimental fear conditioning.

We hypothesized that an intervention employing blue-wavelength light therapy (BLT) to regulate sleep and stabilize circadian rhythms in patients with PTSD (i.e., via regulated morning exposure) would be associated with PTSD symptom improvement, decreased sleep-related complaints, as well as improved consolidation and retention of extinction memories relative to a fear conditioning/extinction paradigm.

Participants returned after the intervention for post-treatment extinction recall, comprised of exposure to the previously conditioned stimuli, with the difference in skin conductance response between the “extinguished” and the “never-extinguished” stimuli at follow-up.

Participants receiving BLT also sustained retention of the extinction memory, while those in the placebo amber light treatment group showed impairment, characterized by the restoration of the extinguished fear response after 6-weeks. Participants in the ALT also demonstrated greater reactivity in the left insula when viewing the previously extinguished fear-conditioned stimuli in a novel context.

Daily BLUE-wavelength morning light exposure was associated with greater retention of extinction learning in patients with PTSD when compared to ALT, as supported by both autonomic and neurobiological reactivity.

We speculate that improved sleep facilitated by a stabilized circadian rhythm, after fear-learning, led to greater consolidation of the fear extinction memory, decreased PTSD symptom presentation, and associated decreases in sleep-related complaints.

Prominent exposure treatments for PTSD incorporate principles of fear extinction, and our findings suggest that blue light treatment may facilitate treatment gains by promoting the consolidation of extinction memories via improved sleep.