Summary: Prescribing psychedelic therapies including MDMA and psilocybin in combination with counseling and psychotherapy improve symptoms for those with PTSD.

Post-COVID trauma and the war in Ukraine means that millions of people are suffering or are at an increased risk of developing an “epidemic” of post-traumatic stress (PTSD).

Now a new review suggests that combining established psychotherapy methods with newer pharmaceuticals may offer the best therapeutic approach to deal with the large-scale problems faced by the health care systems in different countries in coping with mass trauma.

This work is published in the August edition of the peer-reviewed journal European Neuropsychopharmacology.

The study is the first to review the use of novel treatments alongside already accepted psychotherapy and psychological counseling. It shows that combining these therapies seem to offer the best hope for treatment, particularly in cases of mass trauma where there are limited resources, such as we are seeing at present.

The most prominent effect of trauma is PTSD, which is a persistent and severely distressing neuropsychological condition triggered by witnessing or experiencing a traumatic event. Symptoms include intrusive memories, recurrent nightmares, avoidance, mood swings, and changes in physical and emotional reactions.

Lead author Dr. Xenia Gonda (Semmelweis University, Budapest, Hungary) said, “Psychotherapy is still the first choice for PTSD treatment. There is no effective established pharmacological treatment specifically for PTSD. However, psychotherapies may have a limited availability, are very lengthy and expensive. In addition, there are several different psychotherapeutic methods and only very few evidence-based interventions.

“There are several such drugs in development, but our review shows that newer psychedelic drugs seem to be the stand-out candidates in this treatment.

“It’s important to say that it’s not the psychedelic nature of the drugs that seem to have the beneficial effect in PTSD, these drugs seem to work, at least in part, by enhancing the actions of psychotherapy at a neurological level. 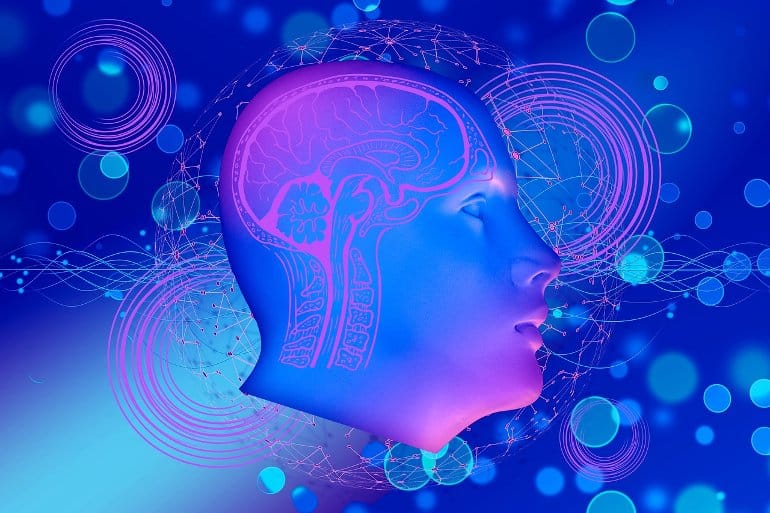 “Psychedelic medications including MDMA (“ecstasy”) and psilocybin (“magic mushrooms”) show the greatest promise. Image is in the public domain

“The review found that MDMA-assisted psychotherapy showed the greatest promise so far, with 4 trials showing significantly superior outcomes to those experience by patients receiving only psychotherapy.

“Trials on the use of psilocybin, found naturally in certain mushrooms, also show promise, though additional data are still needed to validate the therapeutic benefits of psilocybin in the treatment of PTSD.”

Commenting, Dr. Santiago Madero (Hospital Clinic, Barcelona), who was not involved in this work, said, “This review article comes at a moment where President Biden’s administration has said they anticipate regulators approving MDMA within the next two years for designated breakthrough therapies for PTSD, surely to be followed by the European regulatory agencies.

“If this is so, as the author states: ‘MDMA may revolutionize the treatment of PTSD and may provide much needed novel pharmacotherapy that provide therapeutic benefits beyond all current and existing pharmacotherapies.’”

Invisible wounds: Suturing the gap between the neurobiology, conventional and emerging therapies for posttraumatic stress disorder

A sharp increase in the prevalence of neuropsychiatric disorders, including major depression, anxiety, substance use disorders and posttraumatic stress disorder (PTSD) has occurred due to the traumatic nature of the persisting COVID-19 global pandemic.

PTSD is estimated to occur in up to 25% of individuals following exposure to acute or chronic trauma, and the pandemic has inflicted both forms of trauma on much of the population through both direct physiological attack as well as an inherent upheaval to our sense of safety.

However, despite significant advances in our ability to define and apprehend the effects of traumatic events, the neurobiology and neuroanatomical circuitry of PTSD, one of the most severe consequences of traumatic exposure, remains poorly understood.

Furthermore, the current psychotherapies or pharmacological options for treatment have limited efficacy, durability, and low adherence rates. Consequently, there is a great need to better understand the neurobiology and neuroanatomy of PTSD and develop novel therapies that extend beyond the current limited treatments.

This review summarizes the neurobiological and neuroanatomical underpinnings of PTSD and discusses the conventional and emerging psychotherapies, pharmacological and combined psychopharmacological therapies, including the use of psychedelic-assisted psychotherapies and neuromodulatory interventions, for the improved treatment of PTSD and the potential for their wider applications in other neuropsychiatric disorders resulting from traumatic exposure.

Frontier Is Celebrating New Routes With a $69 Flight Sale