It should come as no great surprise that mothers have a profound influence on their children. But what about mothers who have their own personality disorder symptoms, such as problems getting along with others?

Secure attachment is the goal—it is when children feel comforted by the presence of their parent of caregiver and is a significant factor for socio-emotional development and mental health in youth.

Previous research has shown that insecure attachment is associated with depression and anxiety, delinquency and substance use problems, and poorer social competence in children.

“When mothers struggle in their own interpersonal relationships, the passing on of secure attachment and healthy relationship functioning to adolescent offspring seem to be impeded,” reports Carla Sharp, professor of psychology and director of the University of Houston Developmental Psychopathology Lab, in the journal Borderline Personality Disorder and Emotion Dysregulation.

“Maternal interpersonal problems were associated with higher levels of insecure attachment in adolescent offspring such that adolescents would either dismiss the need for attachment with their moms or show angry preoccupation with the relationship with their moms.”

While mothers’ problems have long been shown to be associated with maladaptive adult attachment in close or romantic relationships, this is the first study to examine relationships with offspring attachment.

The research could inform interventions to prevent or reduce youth psychopathology and other negative outcomes.

Parent-child attachment security continues to play an important role through adolescence, which is thought to be the second most critical developmental window after infancy and early childhood.

Sharp and team interviewed 351 psychiatric inpatient adolescents (average age of 15 and 64% female) and their biological mothers. 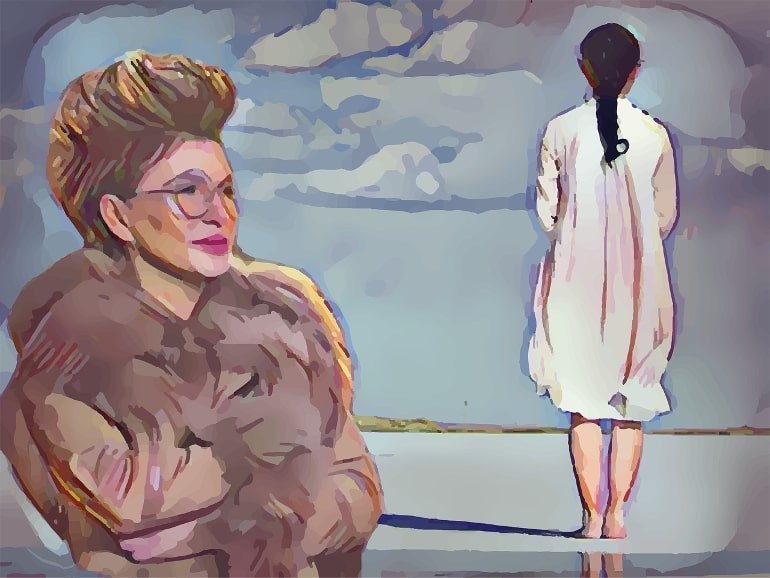 Maternal personality disorder symptoms impact their adolescent children who subsequently show a higher likelihood of insecure attachment. Image is in the public domain

Participants were asked about distressing interpersonal behaviors that they find “hard to do” (e.g., “It is hard for me to feel close to other people”) or “do too much” (e.g., “I try to please other people too much”).

Children were assessed on their ability to describe their attachment experiences coherently and collaboratively and to reflect on these experiences and their impact on them.

The team also examined whether mothers’ recalled bonding with their own mothers to explain the relationship with their children. It did.

“The way that parents recalled their experiences with their caregivers is likely impacted by their own interpersonal functioning and may impact the relationship that they build with their children,” said Sophie Kerr, first author of the article and graduate student of Sharp’s.

Those results will drive researchers to further examine mechanisms of intergenerational risk to tailor interventions aimed to improve parent-child relations and attachment.

Research on parent-level factors linked to adolescent attachment security would inform interventions to prevent or reduce youth psychopathology and other negative outcomes.

Participants included 351 psychiatric inpatient adolescents (Mage = 15.26, 64.1% female) and their biological mothers. Logistic regressions tested whether maternal interpersonal problems were associated with Child Attachment Interview classifications (secure vs. insecure; secure vs. preoccupied vs. dismissing; not disorganized vs. disorganized). A mediation model (N = 210) tested whether the relationship between maternal interpersonal problems and adolescent attachment was mediated by the mother’s recalled maternal bonding.

Results provide the first evidence that maternal interpersonal problems are associated with higher likelihood of insecure attachment in adolescents. Therefore, researchers could consider drawing upon the IPC literature to further examine mechanisms of intergenerational risk and to tailor interventions aimed to improve parent-child relations and attachment. Additionally, findings highlight the mediating role of the mothers’ recalled experiences with caregivers in the transmission of risk, suggesting attachment-based or mentalization-based interventions may be helpful for mothers with interpersonal problems and personality pathology.