In Greek mythology, the story of Odysseus and the Sirens illustrates a paradigmatic example of self-control.

When the hero of Homer’s epic prepared to travel past the Sirens, mythical creatures who lure sailors with their enchanted singing, Odysseus instructs his crew to plug their ears with wax and tie him to the ship’s mast. That way, Odysseus can listen to the Sirens as he sails by, and the crew can keep their wits. No matter how much he begs to be released, no one will hear his pleas.

Was Odysseus exercising willpower with his plan, or was he merely removing his ability to cave to temptation?

Jordan Bridges, a doctoral student in the Rutgers Department of Philosophy, has coauthored a paper in the journal Cognition explaining why this distinction matters for the study of self-control, and what it might tell us about how mere mortals view the power of willpower.

Researchers have long wondered what tools people successfully use to resist temptations—like eating another bag of potato chips or checking Facebook one more time before bed. And while no one really knows why some of us have more self-control than others, psychologists and behavioral economists know a lot about the methods people use to resist temptation.

Bridges said one method is called diachronic regulation, which involves selecting and modifying one’s situation and cultivating habits over time to avoid temptation—essentially removing willpower from the equation. A second approach, synchronic regulation, relies on deliberate, effortful willpower in the moment to resist temptation.

Psychologists and economists have increasingly argued that because willpower is difficult to exercise, diachronic regulation is more effective than synchronic regulation. This conclusion is based in part on the failure of willpower-driven campaigns (such as Nancy Regan’s “Just Say No” campaign, which had no measurable effects on youth tobacco, alcohol or drug use).

But Bridges and her colleagues hypothesized that such assessments of synchronic regulation rested on a faulty interpretation of the data, that supposed examples of effective purely diachronic strategies involved the use of willpower to implement, and that the popular, or “folk,” view of willpower is just as important.

“We theorized that it takes willpower to implement temptation-avoidance strategies,” said Bridges.

Using a multifactorial research design, the researchers sought to decontaminate cases of self-control to test how people viewed synchronic and diachronic regulation as separate entities.

Participants in four experiments were asked to read a short story about a character named Mo—in which he uses different self-control tactics to refrain from drinking coffee, eating junk food, using social media and socializing—and then rate his level of self-control. 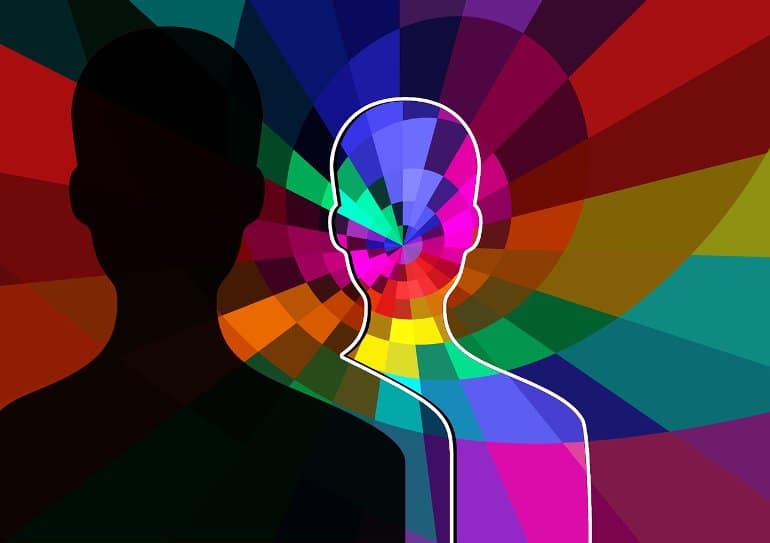 This conclusion is based in part on the failure of willpower-driven campaigns (such as Nancy Regan’s “Just Say No” campaign, which had no measurable effects on youth tobacco, alcohol or drug use). Image is in the public domain

What they found was that when synchronic and diachronic forms of regulation were pulled apart, participants thought only willpower counted as self-control; pure diachronic strategies did not. And in mixed cases involving both forms of regulation, when participants rated the cases as involving the exercise of self-control, they did so only because they involved synchronic regulation, not the more behavioral framework of temptation avoidance.

Bridges said these findings are important for the study of self-control, and for how psychologists, philosophers, economists and clinical practitioners discuss these concepts.

“Scientific discussion, and science communication, can often involve debates over terms that don’t track how we ordinarily use them,” said Bridges. “If we care about successfully communicating scientific results, we need to speak in terms that people understand.”

Will-powered: Synchronic regulation is the difference maker for self-control

We therefore developed a novel multifactorial method to disentangle synchronic and diachronic regulation. Using this method, we find that ordinary usage assumes that only synchronic––not diachronic––regulation counts as self-control.

We find this pattern across four experiments involving different kinds of temptation, as well as a paradigmatic case of diachronic regulation based on the classic story of Odysseus and the Sirens.

Our final experiment finds that self-control in a diachronic case depends on whether the agent uses synchronic regulation at two moments: when she (1) initiates and (2) follows-through on a plan to resist temptation.

Taken together, our results strongly suggest that synchronic regulation is the sole difference maker in the folk concept of self-control.