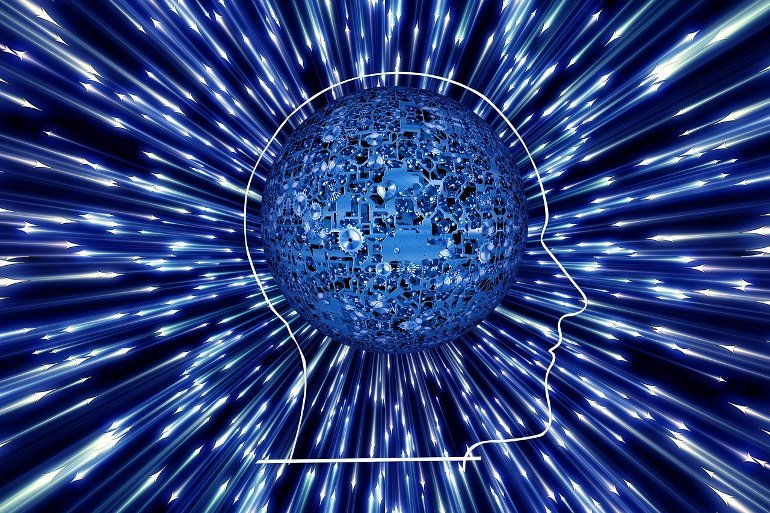 Summary: The signals that originate in the cells of the blood-brain barrier also play a direct role in controlling what happens to the neurons the barrier is protecting.

While the role of the blood-brain barrier has long been appreciated for its ability to maintain precise control over what molecules can enter the nervous system, very little is known about how the cells that form the barrier influence the function of the nervous system.

“What we know currently about the blood-brain barrier is mostly that we don’t know much beyond the basics,” says Buck Institute professor Pejmun Haghighi, Ph.D., who has uncovered a new role for these cells.

Haghighi is the senior author of a study publishing in the August 19, 2022 issue of the Proceedings of the National Academy of Sciences (PNAS) that offers for the first time evidence, in fruit flies, that signals originating in the cells of the barrier also play a direct role in controlling what happens in the nerve cells the barrier is protecting.

The breakdown of the blood-brain barrier accompanies many neurological conditions, including epilepsy and multiple sclerosis, and neurodegenerative diseases of aging, such as Alzheimer’s disease and Parkinson’s disease.

“We are finding that the barrier is not just a protective check but also a source of regulation,” Haghighi says. “It can cause problems rather than simply being a byproduct of neurodegeneration. We are learning now that there is definitely a two-way street.”

The finding introduces a new conceptual approach to looking for therapies that could counter damage caused by neurodegenerative diseases, and devising strategies to get drugs past the blood-brain barrier to target sites in the brain.

Haghighi explains his team’s findings as such: Imagine that there is a gatekeeper at a door that checks IDs and ensures that anyone entering is supposed to be there, and also checks the ID of those who entered through a back door and kicks out anyone not supposed to be there. That is the job of the blood-brain barrier.

Now imagine that beyond just being a security check, the gatekeeper also gives out directions about where to go and what to do. The second function is what Haghighi’s team revealed.

The team used fruit fly larvae for their study. While fruit flies do not have the complexity of vertebrate blood-brain barriers, many of the properties are the same, in a system much easier to study.

The key cells that provide a barrier for neurons in fruit flies are a specialized glia that function similarly to specialized endothelial cells that form the critical part of the blood brain barrier in higher vertebrates including humans.

The investigation began with a focus on enzymes called metalloproteinases because of their potential to be critical in interactions between glia and neurons.

The breakdown of the blood-brain barrier accompanies many neurological conditions, including epilepsy and multiple sclerosis, and neurodegenerative diseases of aging, such as Alzheimer’s disease and Parkinson’s disease. Image is in the public domain

Using a genetic approach to look for what regulated expression of these enzymes, the team identified a pathway that is known as Notch signaling. Notch is found in both fruit flies and humans. It is associated with human diseases of the vasculature, dementia and stroke.

“We weren’t planning on studying Notch, but we found it was the main player in the maintenance of the blood-brain barrier,” says Haghighi.

They discovered that Notch signaling in glia regulates the overall structure of the barrier. When the signal is blocked, not only is barrier function impaired, but the “fundamental work of the nervous system is affected,” he says, including neurotransmitter release and muscle contractions.

Breakdown in barrier function may be causing nervous system dysfunction, rather than being correlated with it or even a consequence of other damage.

“Because we are seeing disruption in barrier function, without any obvious leakiness of the barrier, having an effect on synaptic function, this is a conceptual advance,” he said, as no one had observed cells from the barrier itself controlling neuron activity before.

“We can’t say what is cause and what is effect yet, but we can say that it is beyond just a correlation that some patients have breakdown of blood-brain barrier: it is an important defect associated with neurodegeneration,” Haghighi said.

Their findings open up a completely different perspective for developing novel therapeutics aimed at countering damage in barrier function related to neurodegenerative diseases.

To build on this intriguing premise, Haghighi’s team is pursuing a number of directions. They have been looking at two of the primary gene mutations in Alzheimer’s disease and have found a very rapid breakdown of the blood-brain barrier occurs when these genes are expressed in flies.

The team’s bioinformatics studies suggest that almost all of the identified genes in flies have homologs in humans and that the functions of many of these human genes are unknown.

“We are hoping that we can work backwards to understand overall what the relationship is between the blood-brain barrier and neurodegenerative diseases,” Haghighi says.

“We are exploring all these signaling pathways to see if we can translate our findings from larval synaptic function to more of a universal age-dependent model of neurodegeneration.”

While the role of barrier function in establishing a protective, nutrient-rich, and ionically balanced environment for neurons has been appreciated for some time, little is known about how signaling cues originating in barrier-forming cells participate in maintaining barrier function and influence synaptic activity.

We have identified Delta/Notch signaling in subperineurial glia (SPG), a crucial glial type for Drosophila motor axon ensheathment and the blood–brain barrier, to be essential for controlling the expression of matrix metalloproteinase 1 (Mmp1), a major regulator of the extracellular matrix (ECM).

Our results provide a mechanistic insight into the regulation of neuronal health and function via glial-initiated signaling and open a framework for understanding the complex relationship between ECM regulation and the maintenance of barrier function.