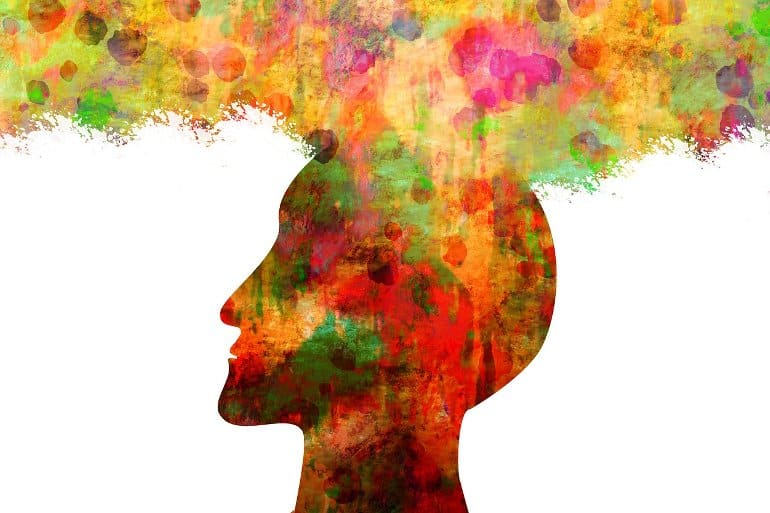 Summary: 47% of patients with a mental health disorder receive a different diagnosis within the first ten years of receiving their initial diagnosis.

So psychiatrists often say to one another after a patient has been diagnosed with the first disorder – not because the diagnosis is not correct, but because psychiatrists know that psychiatric diagnoses have a tendency to change over the years.

In fact, 47 percent of psychiatric patients are diagnosed with a different diagnosis within 10 years of receiving their first diagnosis.

This is the result of a new study mapping the diagnostic development of more than 180,000 psychiatric patients in Denmark.

One of the researchers behind the study is Clinical Research Associate Professor at the Department of Clinical Medicine Anders Jørgensen. He is not surprised by the results of the study.

“Mental disorders are dynamic. They change over the course of a life. Therefore, I am not surprised by the relatively great diagnostic development in these patients,” says Anders Jørgensen.

The study shows which development is probable and which is improbable for the 20 most common mental diagnoses. The most uncertain, i.e., the ones that are most likely to change, include the diagnoses acute psychosis, addiction and depression.

The study is useful from the moment a patient is diagnosed with his or her first disorder, as it enables doctors to look up the 10-year diagnostic development of other patients.

“Doctors wanting to plan the right course of treatment and be able to tell patients what they can expect need these figures. Ultimately, we hope it can help improve treatment and ensure evidence-based follow-up. The more you know about the probable course of illness, the better the treatment is likely to be,” says Anders Jørgensen.

The study is limited to patients treated in the psychiatric healthcare system. This means that the people who go to their GP and are referred to a psychologist are not included in the study.

“We only look at people who have been diagnosed in psychiatric hospitals and who typically experience more severe courses of illness than those who make an appointment with their GP,” says Anders Jørgensen.

Depression is one of the most uncertain diagnoses

Among the three most common diagnoses analysed in the study, patients diagnosed with a single episode of depression have the highest risk of being diagnosed with a new disorder within 10 years.

“According to the study, patients with this diagnosis have a 60-percent chance of being diagnosed with a new disorder within 10 years,” says Associate Professor Terese Sara Høj Jørgensen from the Section of Social Medicine at the Department of Public Health.

But numbers can be deceiving. Because the majority (20 percent) of those diagnosed with a single episode of depression is subsequently diagnosed with periodic depression, which is the name for recurring depressions.

“It is not surprising that a single episode of depression can develop into recurring depressions,” says Anders Jørgensen.

The study shows which development is probable and which is improbable for the 20 most common mental diagnoses. Image is in the public domain

Anders Jørgensen hopes the new data can help improve treatment for people who suffer a depression.

What did the study entail?

Using Danish register data, the researchers identified psychiatric patients aged 18 years or more diagnosed with one of the 20 most common mental disorders. This gave them a group of 184,949 individuals.

The researchers looked at how the patients’ diagnoses have change since the first diagnosis was given. They used so-called sequence analysis to analyse the development.

Addiction: 52 percent are diagnosed with a new disorder within 10 years. Eight percent develop a stress disorder, five percent a personality disorder and five percent schizophrenia. The category includes all addiction diagnoses such as alcohol, opioid, cannabis etc. Some forms of addiction are more uncertain than others.

A key clinical problem in psychiatry is predicting the diagnostic future of patients presenting with psychopathology for the first time. The objective of this study was to establish a comprehensive map of subsequent diagnoses after a first psychiatric hospital diagnosis.

Through the Danish National Patient Registry, we identified patients aged 18 years or older with an inpatient or outpatient psychiatric hospital contact and who had received one of the 20 most common first-time psychiatric diagnoses (defined at the ICD-10 two-cipher level, F00–F99) between Jan 1, 1995, and Dec 31, 2008. For each first-time diagnosis, the 20 most frequent subsequent psychiatric diagnoses (F00–F99), and death, occurring during 10 years of follow-up were identified as outcomes. To assess diagnostic stability, we used social sequence analyses, assigning a subsequent diagnosis to each state with a length of 6 months following each first-time diagnosis. The subsequent diagnosis was defined as the last diagnosis given within each 6-month period. We calculated the normalised entropy of each sequence to show the uncertainty of predicting the states in a given sequence. Cox proportional hazards models were used to assess the risk of receiving a subsequent diagnosis (at the one-cipher level, F0–F9) after each first-time diagnosis.

The cohort consisted of 184 949 adult patients (77 129 [41·7%] men and 107 820 [58·3%] women, mean age 42·5 years [SD 18·5; range 18 to >100). Ethnicity data were not recorded. Over 10 years of follow-up, 86 804 (46·9%) patients had at least one subsequent diagnosis that differed from their first-time diagnosis. Measured by mean normalised entropy values, persistent delusional disorders (ICD-10 code F22), mental and behavioural disorders due to multiple drug use and use of other psychoactive substances (F19), and acute and transient psychotic disorders (F23) had the highest diagnostic variability, whereas eating disorders (F50) and non-organic sexual dysfunction (F52) had the lowest. The risk of receiving a subsequent diagnosis with a psychiatric disorder from an ICD-10 group different from that of the first-time diagnosis varied substantially among first-time diagnoses.

For the Danish translation of the abstract see Supplementary Materials section.

Are the Youngest Children in Class Overmedicated? – Neuroscience News