Summary: DHA consumption was associated with improved capacity for selective and sustained attention in adolescents, while ALA lowered impulsive behaviors.

Docosahexaenoic acid (DHA) is associated with a greater capacity for selective and sustained attention in adolescents, while alpha-linolenic acid (ALA) is associated with lower impulsivity, according to a study co-led by ISGlobal, a center supported by the “la Caixa” Foundation and the Pere Virgili Institute for Health Research (ISPV).

The results confirm the importance of having a diet that provides sufficient amounts of these polyunsaturated fatty acids for a healthy brain development.

During adolescence, important structural and functional changes occur in the brain, especially in the prefrontal area, which plays a major role in controlling attention. On the other hand, omega-3 unsaturated fatty acids are known to be critical for proper brain development and function.

The most abundant fatty acid in the brain, particularly in the prefrontal area, is DHA, which is mostly supplied by eating fatty fish.

“Despite the established importance of DHA in brain development, few studies have evaluated whether it plays a role in the attention performance of healthy adolescents,” says Jordi Júlvez, IISPV researcher, ISGlobal research associate and coordinator of the study.

“In addition, the possible role of alpha-linoleic acid (ALA), another omega-3 but of plant origin, has not been as extensively studied,” he adds. This is relevant, given the low fish consumption in Western societies.

The purpose of this study was to determine whether a higher intake of DHA and ALA was associated with an increased attention performance in a group of 332 adolescents from different schools in Barcelona.

The participants underwent computerized tests that measure reaction times in order to determine selective and sustained attention capacity, inhibition capacity in the face of distracting stimuli, and impulsivity. 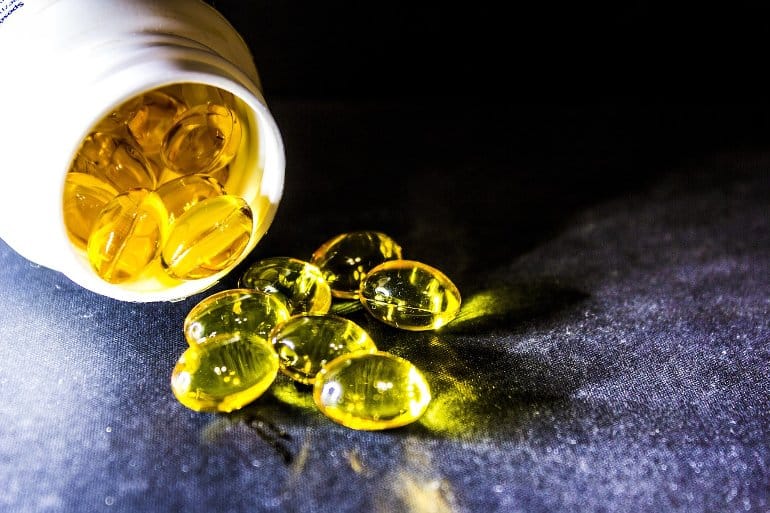 During adolescence, important structural and functional changes occur in the brain, especially in the prefrontal area, which plays a major role in controlling attention. Image is in the public domain

The adolescents also answered a series of questions on dietary habits and gave blood samples to measure red blood cell levels of DHA and ALA – an objective and valid indication of long-term dietary intake of these fats.

“The role of ALA in attention control is still unclear, but this finding may be clinically relevant, as impulsivity is a feature of several psychiatric conditions, such as ADHD,” explains Ariadna Pinar-Martí, first author of the study.

“Our study indicates that dietary DHA most likely plays a role in attention-requiring tasks, but further studies are needed to confirm a cause-effect, as well as to understand the role of ALA,” concludes Júlvez.

In any case, the findings add to the already existing evidence on the benefit of consuming fatty fish (the main source of DHA) at a time when the brain is developing in its highest sophistication before reaching adulthood.

Omega-3 fatty acids are critical for brain function. Adolescence is increasingly believed to entail brain vulnerability to dietary intake. In contrast to the abundant research on the omega-3 docosahexaenoic acid (DHA) in cognition, research on DHA and attention in healthy adolescents is scarce. In addition, the role of alpha-linolenic acid (ALA), the vegetable omega-3 fatty acid, is unexplored.

We examined associations between DHA and ALA and attention function among a healthy young population. In this cross-sectional study conducted in 372 adolescents (13.8 ± 0.9 years-old), we determined the red blood cell proportions of DHA and ALA by gas chromatography (objective biomarkers of their long-term dietary intake) and measured attention scores through the Attention Network Test.

In contrast, higher values were observed in those at the top tertile of ALA in hit reaction time compared to the lowest one (46.14 ms, 95% CI = 9.90; 82.34). However, a beneficial association was observed for ALA, with decreasing impulsivity index across tertiles. Overall, our results suggest that DHA (reflecting its dietary intake) is associated with attention performance in typically developing adolescents.

The role of dietary ALA in attention is less clear, although higher blood levels of ALA appear to result in lower impulsivity. Future intervention studies are needed to determine the causality of these associations and to better shape dietary recommendations for brain health during the adolescence period.