Summary: Researchers have developed a new substance that activates adrenalin receptors rather than opioid receptors to help relieve chronic pain. The new compounds have similar pain-relieving qualities as opioids but do not appear to induce respiratory depression or addiction.

New substances that activate adrenalin receptors instead of opioid receptors have a similar pain-relieving effect to opiates, but without the negative aspects such as respiratory depression and addiction.

This is the result of research carried out by an international team of researchers led by the Chair of Pharmaceutical Chemistry at Friedrich-Alexander-Universität Erlangen-Nürnberg (FAU).

Their findings, which have now been published in the renowned scientific journal Science, are a milestone in the development of non-opioid pain relief.

Opiates cause addiction, new substances do not

They are a blessing for patients suffering from severe pain, but they also have serious side effects: Opioids, and above all morphine, can cause nausea, dizziness and constipation and can also often cause slowed breathing that can even result in respiratory failure.

In addition, opiates are addictive – a high percentage of the drug problem in the USA is caused by pain medication, for example.

In order to tackle the unwanted medical and social effects of opioids, researchers all over the world are searching for alternative analgesics.

Prof. Dr. Peter Gmeiner, Chair of Pharmaceutical Chemistry is one of these researchers. “We are focusing particularly on the molecular structures of the receptors that dock onto the pharmaceutical substances”, says Gmeiner.

“It is only when we understand these on the atomic level that we can develop effective and safe active substances.”

Collaborating with an international team of researchers, Prof. Gmeiner discovered an active substance in 2016 that bonds to known opioid receptors and that offers the same level of pain relief as morphine, even though it has no chemical similarity to opiates.

Peter Gmeiner is currently following a lead that seems very promising: “Many non-opioid receptors are involved in pain processing, but only a small number of these alternatives have as yet been validated for use in therapies”, he explains.

Gmeiner and a team of researchers from Erlangen, China, Canada and the USA have now turned their attention to a new receptor that is responsible for binding adrenaline – the alpha 2A adrenergic receptor. There are already some analgesics that target this receptor such as brimonidine, clonidine and dexmedetomidine.

Gmeiner: “Dexmedetomidine relieves pain, but has a strong sedative effect, which means its use is restricted to intensive care in hospital settings and is not suitable for broader patient groups.”

The aim of the research consortium is to find a chemical compound that activates the receptor in the central nervous system without a sedative effect. In a virtual library of more than 300 million different and easily accessible molecules, the researchers looked for compounds that physically match the receptor but are not chemically related to known medication. 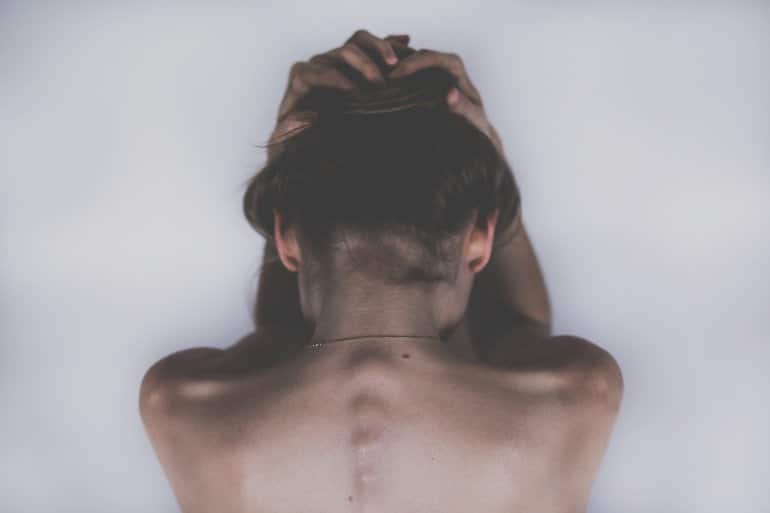 The aim of the research consortium is to find a chemical compound that activates the receptor in the central nervous system without a sedative effect. Image is in the public domain

After a series of complex virtual docking simulations, around 50 molecules were selected for synthesis and testing and two of these fulfilled the desired criteria. They had good bonding characteristics, activated only certain protein sub-types and thus a very selective set of cellular signal pathways, whereas dexmedetomidine responds to a significantly wider range of proteins.

By further optimizing the identified molecules, for which extremely high-resolution cryo-electron microscopic imaging was used, the researchers were able to synthesize agonists that produced high concentrations in the brain and reduced the sensation of pain effectively in investigations with animal models.

“Various tests confirmed that docking on the receptor was responsible for the analgesic effect,” explains Gmeiner. “We are particularly pleased about the fact that none of the new compounds caused sedation, even at considerably higher doses than those that would be required for pain relief.”

The successful separation of analgesic properties and sedation is a milestone in the development of non-opioid pain medication, especially as the newly-identified agonists are comparatively easy to manufacture and administer orally to patients.

However, Prof. Gmeiner has to dampen any hopes of rapid widespread use in human medicine: “We are currently still talking about basic research. The development of medication is subject to strict controls and in addition to significant amounts of funding, it takes a long time. However, these results still make us very optimistic.”

Because nonopioid analgesics are much sought after, we computationally docked more than 301 million virtual molecules against a validated pain target, the α2A-adrenergic receptor (α2AAR), seeking new α2AAR agonists chemotypes that lack the sedation conferred by known α2AAR drugs, such as dexmedetomidine.

We identified 17 ligands with potencies as low as 12 nanomolar, many with partial agonism and preferential Gi and Go signaling. Experimental structures of α2AAR complexed with two of these agonists confirmed the docking predictions and templated further optimization.

These newly discovered agonists are interesting as therapeutic leads that lack the liabilities of opioids and the sedation of dexmedetomidine.

I am a 45-year-old male and broke my lower back when I was 17 and when I was in my early thirties I ruptured a disc in my upper the middle back I’ve been reinjured my my lower back again in my early thirties and my upwards and middle back for a second time I have been battling back pain for most of my life and only in the Last 5 Years my back pain has become almost embearable. I cannot take prescription opioids due to battling prescription opioid Addiction on and off for over 25 years so I’m basically left unable to treat my back pain so if this company is looking for people to use in human trials I would be one of the first to volunteer.