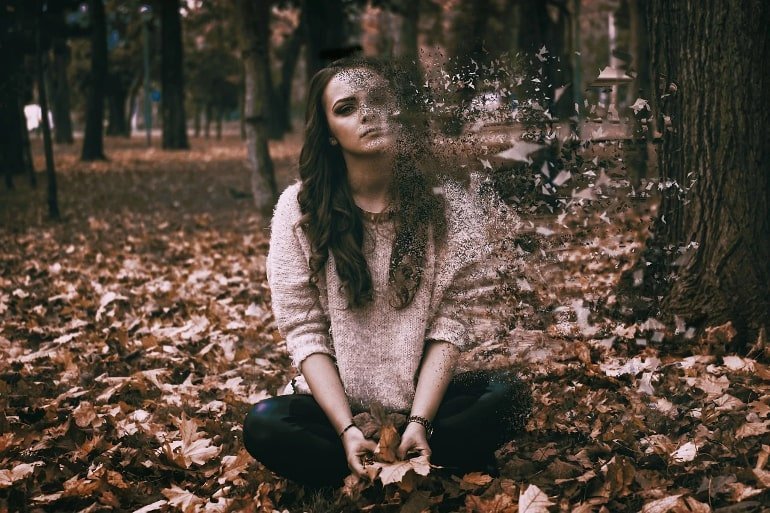 Summary: People who show less compassion and emotion toward images of environmental disasters are generally less empathetic and emotional overall.

People who respond less emotionally to images of damage to the environment are also less emotional and empathic in general, according to a new University of Michigan study.

However, some people appear less emotionally impacted by environmental destruction—particularly those who are more ideologically conservative and less pro-environmental, the study showed.

In a series of online experiments in the U.S., U-M graduate student Logan Bickel and psychology professor Stephanie Preston examined the emotional responses of more than 600 people in a variety of contexts.

People not concerned when viewing pictures of damage to the environment—such as oil spills on fire in a gulf—also did not feel bad about other images including crying babies, officers in distress, injured athletes, wounded soldiers and even moldy food.

Consistent with this lack of contagious distress, more “impassive” people said that they felt less empathy for those in daily life and were less pro-environmental and less awed by nature. This group also responded less to positive images such as happy babies, ice cream and stacks of money, the research showed.

People not concerned when viewing pictures of damage to the environment—such as oil spills on fire in a gulf—also did not feel bad about other images including crying babies, officers in distress, injured athletes, wounded soldiers and even moldy food. Image is in the public domain

The study’s results suggest that some people’s lack of concern for the environment may not be particularly political or reflect a specific disinterest in the environment. It is instead a characteristic of their broader emotional palette, Preston said.

“Given that our sense of risk and decisions are strongly guided by emotions, more impassive people are less inclined to dedicate resources to this slowly building crisis,” she said.

Appeals to help the environment must consider variation in people’s emotional make-up and devise new tactics for those who are unpersuaded by appeals to emotion, Logan said.

The average American believes in climate change, worries about it, and supports related policy, but there are still considerable differences—across individuals and with political ideology—that limit the ability to foster change. Researchers and practitioners often increase concern and action for others through feelings of empathy, which also increases pro-environmentalism. However, some people appear less emotionally impacted by environmental destruction—particularly more ideologically conservative and less pro-environmental individuals.

To determine why some people appear to be impassive to environmental destruction, we conducted 3 online studies to measure beliefs and emotional processes in political liberals versus conservatives. Across 3 studies, we replicated the link between impassivity and conservatism, and found that more impassive people acknowledge our negative impact on the environment but are less concerned about it and more confident in an eventual solution. Impassivity, however, is not specific to the environment.

People who are more impassive about the environment also respond less emotionally to positive and negative images that are unrelated to the environment, including human suffering and hedonic reward. They also report reduced trait empathy, perspective taking, and daily emotional expression and experience. Impassivity is not linked to differences in trait personal distress, anxiety, psychopathy (apart from low empathy), or trouble appreciating consequences. Impassivity is not associated with deficits in processing others’ facial emotion during early perceptual decoding but is associated with the later suppression of emotion.

Everyone will not respond to emotional appeals to help a distressed environment. Other strategies are recommended to reach a broad audience.