Summary: Pet ownership helps improve the well-being of those who have low resilience to stress. However, an unhealthy emotional attachment to pets, where a person considers the animal to be more important than friends, can increase loneliness and impact mental health.

Having a pet can help people who are less resilient cope with the stresses of everyday life, new Kingston University research has found. Where owners consider their animals to be more important than the friends in their lives, however, it can contribute to increased feelings of loneliness.

Psychology student Ece Beren Barklam, who is completing a PhD in pet ownership and human-animal interactions, explored whether having a pet was linked to better mental wellbeing during the Covid-19 pandemic. The study took into account owners’ perceptions of their own resilience levels and how emotionally attached they were to their animals.

The research, published in human-animal relations journal Anthrozoös, was carried out through two surveys of more than 700 people from the UK and around the world, one during the early stages of the pandemic in May 2020 and another in September 2021.

Overall, the study found pets had a mostly positive effect on the lives of their owners during the pandemic. Increased exposure to their animals – such as taking them out for walks or playing with them more often – was linked to better mental health, with owners who spent more time interacting with their animals during this time reporting being happier than those who did not. 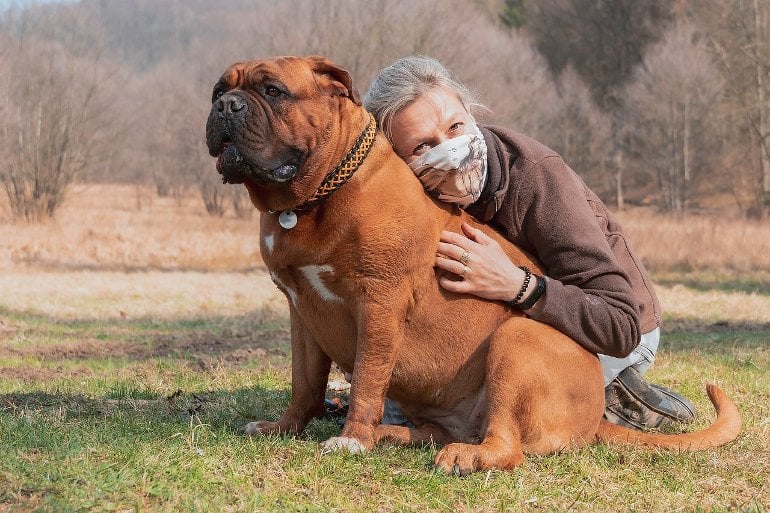 Overall, the study found pets had a mostly positive effect on the lives of their owners during the pandemic. Image is in the public domain

“It’s commonly believed pets are good for humans. While research partly supports this, I wanted to understand what role people’s individual characteristics such as resilience play in the relationship between pet ownership and positive or negative mental health,” the PhD student said.

“Where the owner considers their pet to be more important than the people in their lives, the study found they were lonelier, unhappier, and less resilient. They also scored lower when it came to overall mental wellbeing. This type of attachment may reflect an unhealthy bond, where the owner treats their pet as if it has human motives and traits, which could be a kind of anthropomorphism.”

“We tend to over-simplify our view of why people have pets,” Dr Felisberti said. “Beren’s research highlights the complexities involved in such relationships.”

Pet Ownership and Wellbeing During the COVID-19 Pandemic: The Importance of Resilience and Attachment to Pets

The governmental restrictions in the early stages of the COVID-19 pandemic led to social isolation, with many people spending more time at home with their pets.

The relationships between pet ownership, pet attachment, and wellbeing were examined using two online surveys: one in the early stages of the pandemic (May, 2020) and the other over one year later (September, 2021). Resilience, optimism, and basic psychological need satisfaction (i.e., autonomy, competence, and relatedness) were examined as potential moderators.

Pet ownership and pet attachment were positively associated with wellbeing in people with low levels of resilience. Conversely, people with high resilience who were pet owners or had higher pet attachment had lower wellbeing than non-pet owners and those less attached. Optimism and basic psychological need satisfaction were not significant moderators.

Although some of the associations found in study 1 might have been specific to the beginning of the pandemic, other results were replicated a year later in the UK sample when social restrictions were eased (study 2).

The findings from the two studies suggest that higher scores on a subscale of pet attachment, which involves the pet playing a more central role than humans in the owner’s life, might be directly linked to lower resilience and wellbeing and increased loneliness.

The combination of high resilience and higher levels of pet attachment or pet ownership might be unfavorable. Nonetheless, pet ownership and healthy human–animal bonds can be protective factors for people with low levels of resilience.