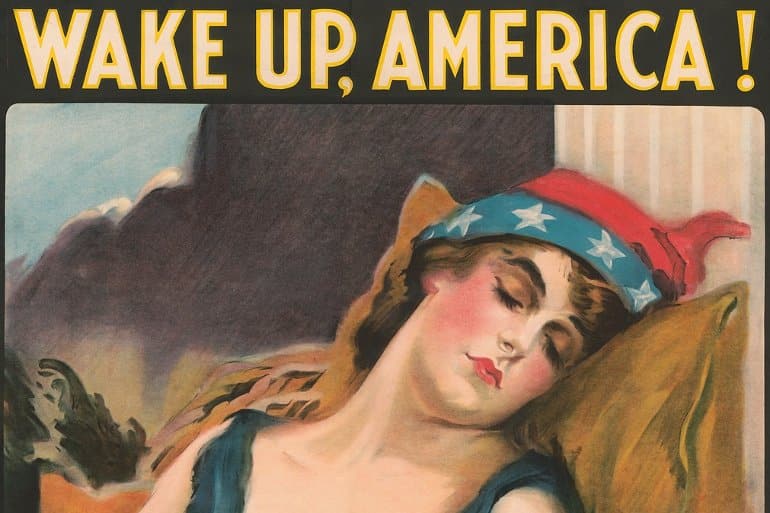 Summary: Major political events such as elections appear to have a dramatic impact on sleep, alcohol consumption, and emotional and psychological well-being, a new study reports.

Major political and societal events can have dramatic impacts on psychological health and impact sleep and emotional well-being. While conventional wisdom suggests these highly anticipated events, such as elections, can cause stress and disrupt well-being, little research has been published exploring this relationship.

Now, researchers at Beth Israel Deaconess Medical Center (BIDMC) and colleagues show how major sociopolitical events can have global impacts on sleep that are associated with significant fluctuations in the public’s collective mood, well-being, and alcohol consumption.

“It is unlikely that these findings will come as shock to many given the political turbulence of the last several years,” said corresponding author Tony Cunningham, PhD, director of the Center for Sleep and Cognition at BIDMC.

“Our results likely mirror many of our own experiences surrounding highly stressful events, and we felt this was an opportunity to scientifically validate these assumptions.”

As part of a larger study exploring the sleep and psychological repercussions of the COVID-19 pandemic, the team surveyed 437 participants in the United States and 106 international participants daily between October 1–13, 2020 (before the election) and October 30–November 12, 2020 (days surrounding the November 3 U.S. election). Participants reported on their duration and quality of sleep, alcohol consumption and subjective experience of overall stress.

Their responses revealed reduced sleep quantity and efficiency coupled with heightened stress, negative mood and alcohol use in the period surrounding the election.

While these results were observed at a lower level in non-U.S. participants, worsening health habits were significantly correlated with mood and stress only among U.S. residents.

The daily surveys—delivered each morning at 8:00 am local time—asked respondents to assess the previous night’s sleep by recording their bedtimes, time required to fall asleep, number of awakenings through the night, morning wake time and time spent napping during the day.

They also recorded the previous night’s alcohol consumption. Mood was assessed using a validated questionnaire as well as questions from a standard depression screening tool.

When the scientists looked at how these changes in behavior may have affected mood and well-being of U.S participants, they found significant links between sleep and drinking, stress, negative mood, and depression.

Analysis revealed that stress levels were largely consistent for both U.S. and non-U.S. participants in the assessment period in early October, but there was a sharp rise in reported stress for both groups in the days leading up to the November 3 election. Stress levels dropped dramatically once the election was officially called November 7. This pattern held for both U.S. and non-U.S. residence, but changes in stress levels were significantly greater in U.S. participants.

“This is the first study to find that there is a relationship between the previously reported changes in Election Day public mood and sleep the night of the election,” Cunningham said.

“Moreover, it is not just that elections may influence sleep, but evidence suggests that sleep may influence civic engagement and participation in elections as well. Thus, if the relationship between sleep and elections is also bidirectional, it will be important for future research to determine how public mood and stress effects on sleep leading up to an election may effect or even alter its outcome.“

On Election night itself, U.S. participants reported waking up frequently during the night and experiencing poorer sleep efficiency. Image is in the public domain

The authors emphasize that the interpretation of their results are limited in that the experience of the majority of participants was the buildup of election stress and subsequent response dependent on their preferred political candidate.

Further research with a more representative and diverse sample is needed to confirm the impacts of political stress on public mood and sleep for the general public.

“The 2020 election took place during the height of the COVID-19 pandemic,” said Cunningham.

“Despite the chronic stress experienced during that time, the acute stress of the election still had clear impacts on mood and sleep. As such, research exploring the impact of the pandemic should also consider other overlapping, acute stressors that may exert their own influence to avoid inappropriately attributing effects to the pandemic.”

The authors reported no financial or non-financial conflicts of interests to report in relation to this work.

Major sociopolitical events can influence the general public’s affective state and other affect-related processes, such as sleep. Here, we investigated the extent that the 2020 US presidential election impacted sleep, public mood, and alcohol consumption. We also explored the relationship between affect and sleep changes during the peak period of election stress.

A non-representative, convenience sample responded to daily assessments of their affect, sleep, and alcohol consumption during a baseline period (October 1-13, 2020) and in the days surrounding the 2020 US Election (October 30-November 12, 2020).

These results suggest that major sociopolitical events can have global impacts on sleep that may interact with significant fluctuations in public mood and well-being. Further, while the largest impact is on the local population, these results suggest that the effects can extend beyond borders. These findings highlight the potential impact of future sociopolitical events on public well-being.