Summary: People often underestimate the positive emotions and outcomes people who are the recipients of random acts of kindness feel.

Even though they often enhance happiness, acts of kindness such as giving a friend a ride or bringing food for a sick family member can be somewhat rare because people underestimate how good these actions make recipients feel, according to new research from The University of Texas at Austin.

The study by UT Austin McCombs School of Business Assistant Professor of Marketing Amit Kumar, along with Nicholas Epley of the University of Chicago, found that although givers tend to focus on the object they’re providing or action they’re performing, receivers instead concentrate on the feelings of warmth the act of kindness has conjured up. This means that givers’ “miscalibrated expectations” can function as a barrier to performing more prosocial behaviors such as helping, sharing or donating.

The research is online in advance in the Journal of Experimental Psychology: General.

To quantify these attitudes and behaviors, the researchers conducted a series of experiments.

In one, the researchers recruited 84 participants in Chicago’s Maggie Daley Park. Participants could choose whether to give away to a stranger a cup of hot chocolate from the park’s food kiosk or keep it for themselves. Seventy-five agreed to give it away.

Researchers delivered the hot chocolate to the stranger and told them the study participant had chosen to give them their drink. Recipients reported their mood, and performers indicated how they thought recipients felt after getting the drink.

“People aren’t way off base,” Kumar said. “They get that being kind to people makes them feel good. What we don’t get is how good it really makes others feel.”

The researchers also performed a similar experiment in the same park with cupcakes. They recruited 200 participants and divided them into two groups. In the control group, 50 participants received a cupcake for participating. They rated their mood, and the other 50 people rated how they thought the receivers felt after getting a cupcake.

For the second group of 100, 50 people were told they could give away their cupcake to strangers. They rated their own mood and the expected mood of the cupcake recipients. 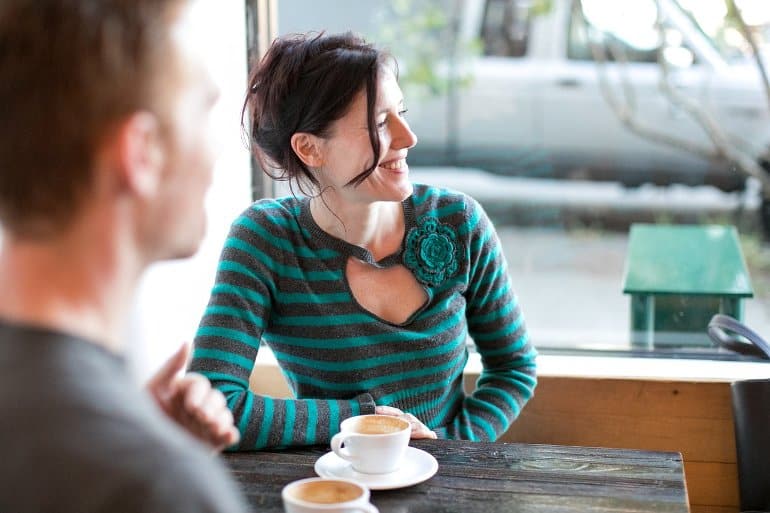 Researchers delivered the hot chocolate to the stranger and told them the study participant had chosen to give them their drink. Image is in the public domain

“Performers are not fully taking into account that their warm acts provide value from the act itself,” Kumar said. “The fact that you’re being nice to others adds a lot of value beyond whatever the thing is.”

In a lab experiment, Kumar and Epley added a component to assess the consequences of kindness. Participants first either received a gift from the lab store or were gifted one by another participant, then played a game. All participants who received an item were told to divide $100 between themselves and an unknown study recipient.

The researchers found that recipients who received their lab gift through another participant’s random act of kindness were more generous to strangers during the game. They divvyed up the $100 more equally, giving away $48.02 on average versus $41.20.

“It turns out generosity can actually be contagious,” Kumar said. “Receivers of a prosocial act can pay it forward. Kindness can actually spread.”

A little good goes an unexpectedly long way: Underestimating the positive impact of kindness on recipients

Performing random acts of kindness increases happiness in both givers and receivers, but we find that givers systematically undervalue their positive impact on recipients.

From giving away a cup of hot chocolate in a park to giving away a gift in the lab, those performing a random act of kindness consistently underestimated how positive their recipients would feel, thinking their act was of less value than recipients perceived it to be.

Underestimating the positive impact of a random act of kindness also leads givers to underestimate the behavioral consequences their prosociality will produce in recipients through indirect reciprocity (Experiment 4).

We suggest that givers’ miscalibrated expectations matter because they can create a barrier to engaging in prosocial actions more often in everyday life (Experiments 5a and 5b), which may result in people missing out on opportunities to enhance both their own and others’ well-being

Structure of Adult Brain, Previously Thought to Be Fixed, Is Altered by Depression Treatment – Neuroscience News