Irritable bowel syndrome (IBS) often comes with gastrointestinal symptoms in small and large intestines. IBS has been categorized into four subtypes depending on stool inconsistency; these are IBS with constipation (IBS-C), IBS with diarrhea (IBS-D), mixed (IBS-M), and unclassified IBS. But there is a lack of understanding in the scientific literature regarding the mechanisms and treatments of IBS. One of the reasons for this shortage of knowledge regarding IBS is the lack of useful experimental animal models.

Over the years, studies have suggested a link between emotional states and gut dysfunction, emphasizing the existence and importance of the so-called “gut-brain axis” in determining our emotional and metabolic well-being.

Could cVSDS animal models help us understand IBS in detail? To find out, researchers from Tokyo University of Science (TUS) led by Professor Akiyoshi Saitoh from the Faculty of Pharmaceutical Sciences, TUS, used cVSDS mice models. Their objective was to understand the effects of prolonged psychological stress on intestinal conditions.

Their findings were published in Frontiers in Neuroscience.

Elaborating on their study, Prof. Saitoh says, “we focused on the cVSDS paradigm and evaluated the impact of emotional stress on intestinal conditions. We further assessed the paradigm’s potential as a novel animal model of IBS.”

In their study, they subjected mice to physical stress or emotional stress, in which the test animals either went through physical aggression or witnessed the aggression for 10 minutes per day for 10 consecutive days.

They found that the charcoal transit ratio, indicative of passage through the intestine, was significantly elevated in mice that underwent emotional stress compared to mice in the control (naïve) group not exposed to stress. However, the effects were insignificant in mice that underwent physical stress. The defecation frequency and stool water content were also increased in mice subjected to emotional stress.

These effects lasted for 1 month after the stress loading. Additionally, there were no significant differences in the pathological status and intestinal permeability between the naïve and emotionally-stressed mice, suggesting no tissue-level changes due to stress. 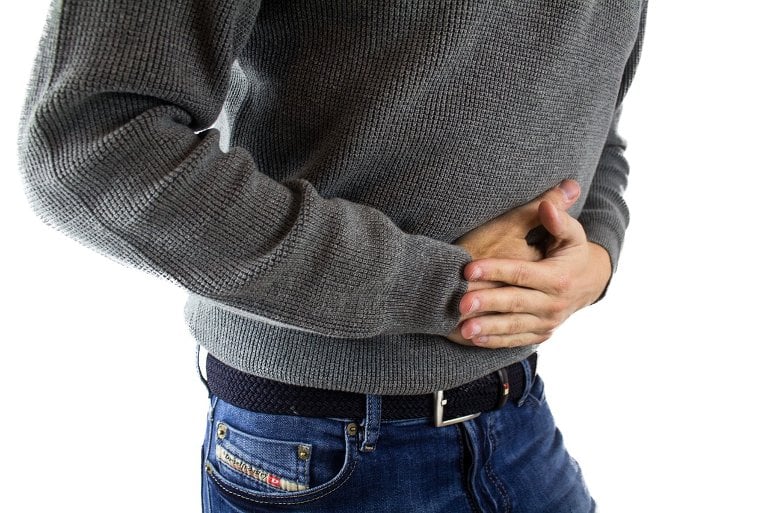 Over the years, studies have suggested a link between emotional states and gut dysfunction, emphasizing the existence and importance of the so-called “gut-brain axis” in determining our emotional and metabolic well-being. Image is in the public domain

Interestingly, the researchers found that the changes in intestinal motility in the test animals were ameliorated when the cVSDS mice were treated with keishikashakuyakuto, a kampo medicine clinically used for the treatment of IBS.

The study highlights the advantage of the cVSDS paradigm over traditional methods in inducing IBS-D-like symptoms through exposure to repeated psychological stress.

Speaking about the mechanisms of these effects, Professor Saitoh says, “From the aspect of the gut–brain axis, we suspect that the insular cortex plays an important role in determining the phenotype of emotionally-stressed mice.” The insular cortex is a part of the upper central nervous system controlling digestive functions and is involved in the process of coping with psychological stress.

In conclusion, this study demonstrates for the first time that cVSDS-induced psychological stress alone can cause IBS-D-like symptoms in mice. Further research could perhaps rely on cSDS and cVSDS paradigms for elucidating pathophysiological conditions and designing treatments for IBS.

Increasing evidence has demonstrated that emotional states and intestinal conditions are inter-connected in so-called “brain–gut interactions.” Indeed, many psychiatric disorders are accompanied by gastrointestinal symptoms, such as the irritable bowel syndrome (IBS).

However, the functional connection remains elusive, partly because there are few useful experimental animal models.

In the charcoal meal test and the capsaicin-induced hyperalgesia test, cVSDS model mice showed a significantly higher intestinal transit ratio and increased visceral pain-related behaviors, respectively. These changes persisted over one month after the stress session.

On the other hand, the pathological evaluations of the histological and inflammatory scores of naive and cVSDS model mice did not differ. Furthermore, keishikashakuyakuto—a kampo medicine clinically used for the treatment of IBS—normalized the intestinal motility change in cVSDS model mice.

We therefore propose the cVSDS paradigm as a novel animal model of IBS with wide validity, elucidating the correlation between depressive states and intestinal abnormalities.