Summary: How a mother interacts and shared memories with her toddler has an impact on their offspring’s well-being in adulthood.

How mothers share memories with their children during toddlerhood impacts mental health and well-being in early adulthood, a University of Otago study has shown.

These adults also reported fewer symptoms of depression and greater self-esteem compared to adults in the study whose mothers interacted with them as usual.

The study, published in Journal of Research in Personality, is a long-term follow-up of a reminiscing intervention in which 115 mothers of toddlers were assigned to either a control group or taught to use elaborative reminiscing for a year.

Elaborative reminiscing involves open, enriched, and responsive conversations with children about shared experiences of everyday events. This is the first study to show long-term benefits of mother-child reminiscing for emerging adult development.

Lead author Sean Marshall, a Ph.D. candidate in the Department of Psychology, says understanding ways to improve the mental health of 18- to 25-year-olds is important because of their unique stage of life. 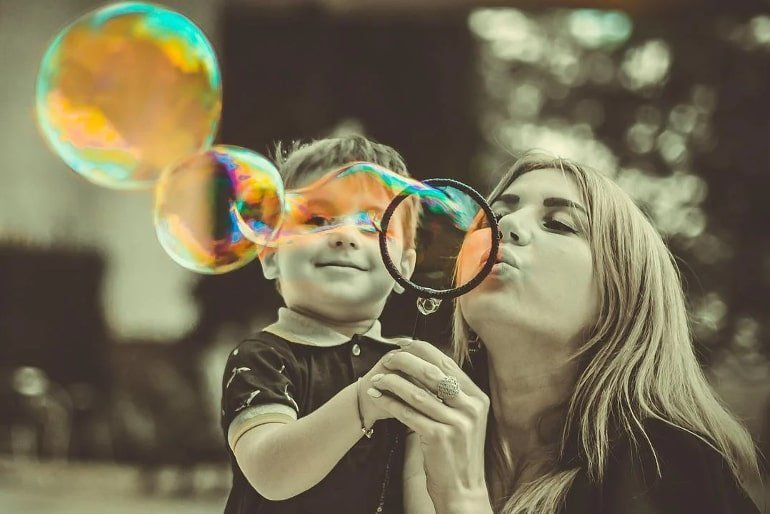 These adults also reported fewer symptoms of depression and greater self-esteem compared to adults in the study whose mothers interacted with them as usual. Image is in the public domain

“Emerging adults face a volley of challenges as they leave home and enter university or the workforce.

“We wanted to understand how well tamariki cope with new challenges as they enter adulthood and find ways to ease the psychological stress that typically accompanies these transitions,” he says.

Project lead Professor Elaine Reese, of the Department of Psychology, says the “soft-touch intervention” in early childhood proved to have enduring benefits for psychological well-being and mental health.

“This study is the first of its kind and is informing new interventions at home and in schools with parents and teachers of young children,” she says.

The current study is an emerging adult follow-up of a longitudinal intervention study of maternal reminiscing (Growing Memories; N = 115).

Mothers in the intervention condition were taught elaborative reminiscing skills when their children were 1.5–2.5 years old. We tested long-term effects of the intervention for emerging adults’ turning-point narratives and well-being at age 21 (n = 94; 82%).

Emerging adults in the intervention condition displayed greater causal coherence (connections between past and present self) in their turning-point narratives and reported higher self-esteem and fewer depression symptoms than those in the control condition, even after accounting for personality traits and early childhood covariates.

These findings suggest that maternal reminiscing has a long-term impact on their offsprings’ narrative identity and well-being.

A Passenger Was Just Fined Nearly $2,000 for Bringing McDonald’s Breakfast Sandwiches Into Australia — Here’s Why