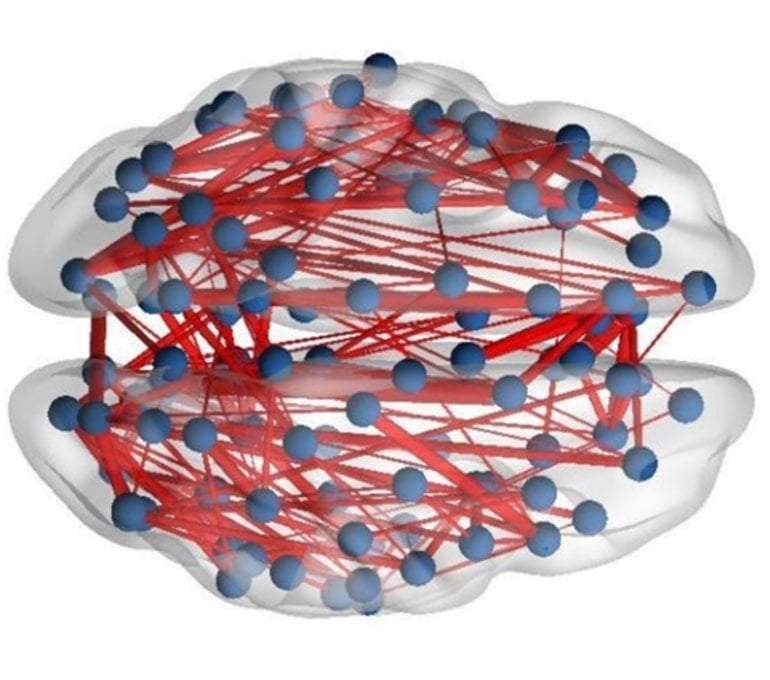 Summary: Treatments for depression including ECT and antidepressants increase brain connectivity in those with clinical depression.

Scientists believe that the structure of the adult brain is generally rigid and incapable of rapid changes; now new work has shown that this is not true.

“This means that the brain structure of patients with serious clinical depression is not as fixed as we thought, and we can improve brain structure within a short time frame, around 6 weeks.

“We found that if this treatment leads to an increase in brain connectivity, it is also effective in tackling depression symptoms.  This gives hope to patients who believe nothing can change and they have to live with a disease forever, because it is “set in stone” in their brain”.

The researchers, working at the University of Muenster in Germany, studied 109 patients with serious depression (Major Depressive Disorder) and compared them with 55 healthy controls. Their brains were scanned using an MRI scanner which had been set up to identify which parts of the brain were communicating with other parts, determining the level of connections within the brain.

The patients were then treated for depression, some with electroconvulsive therapy (ECT), some with psychological therapy or medication, some with a combination of all therapies. After treatment they were then rescanned and the number of connections recounted. They were also retested for symptoms of depression.

Professor Repple (now Professor of Predictive Psychiatry at the University of Frankfurt) said:

“We found that treatment for depression changed the infrastructure of the brain, which goes against previous expectations. Treated patients showed a greater number of connections than they had shown before treatment.

“A second scan showing that there are no time effects in healthy controls supports our findings that we see something that is related to the disease and more importantly the treatment of this disease.

We found these changes took place over a period of only around 6 weeks, we were surprised at the speed of response. We don’t have an explanation as to how these changes take place, or why they should happen with such different forms of treatment”.

“This is a very interesting and difficult to perform study in which the authors repeated MRI-scans to reveal changes in structural connectivity over time in patients treated for depression.

The results align very much with our current belief that the brain has much more flexibility in adaptation over (even short) time than was previously thought. Indeed a major idea of what treatment of depression (and other psychiatric illnesses) invoke is plastic changes over time. This has been proposed as a common mechanism for antidepressants, psychotherapy and electroconvulsive therapy.

Representative map of the affected connections in the brain. The number of these connections increased after treatment. Credit: Jonathan Repple

However, the amount of research to elucidate what changes are necessary or specific for response to treatment or remission of the depression is limited.

Moreover, the next question is whether different treatments have the possibility to specifically change targeted brain networks or vice versa whether we can use the disturbances in brain-networks as measured in the present study to choose which therapy will be helpful.

The fact that the observed changes over time could not be associated with a form of treatment is a pity, but as the authors themselves suggest a topic for further research.

“First these results should be replicated in independent samples which hopefully is going to happen soon.

“Second further elaboration on this approach would be daunting and should be supported firmly as this work might help to bridge the current gap between neuroscience and evidence based patient care”.

This is an independent comment, Dr Ruhe was not involved in this study.