Trauma can cause dissociative symptoms—such as having an out-of-body experience, or feeling emotionally numb—that may help an individual cope in the short term but can have negative impacts if the symptoms persist for a long period of time.

In a new study recently published in Neuropsychopharmacology, a team led by investigators at McLean Hospital, the largest psychiatric affiliate of Harvard Medical School and a member of Mass General Brigham, has identified regions within brain networks that communicate with each other when people experience different types of dissociative symptoms.

“The cost of this stigmatization and misdiagnosis is high—it has prevented people from accessing appropriate and effective treatment, caused prolonged suffering, and stunted research on dissociation. In addition, given that DID disproportionately affects women, gender disparity is an important issue in this context.”

Lebois and her colleagues’ study included 91 women with and without histories of childhood trauma, current post-traumatic stress disorder, and with varied levels of dissociative symptoms. Participants completed a functional magnetic resonance imaging scan so that investigators could gain insight into their brain activity. 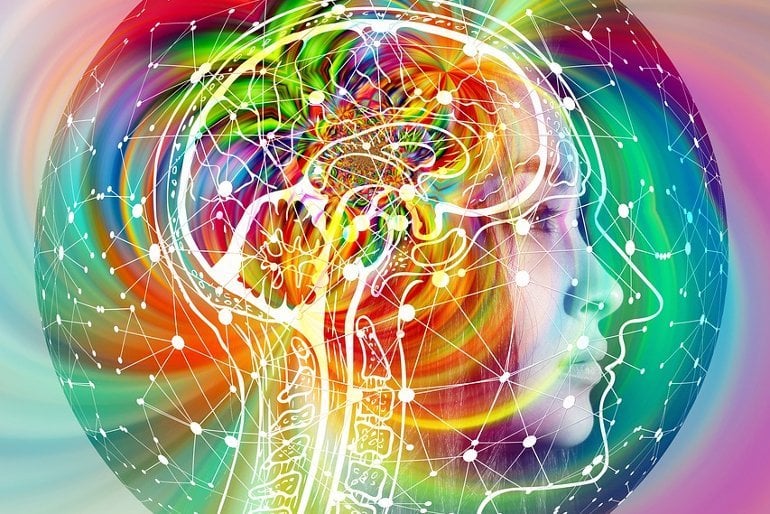 The scientists found that different dissociative symptoms were uniquely associated with connections of areas in brain networks that are responsible for cognition and emotion processes. Image is in the public domain

The scientists found that different dissociative symptoms were uniquely associated with connections of areas in brain networks that are responsible for cognition and emotion processes. “We found that dissociation common to post-traumatic stress disorder and dissociation central to DID are each linked to unique brain signatures,” said Lebois.

The team hopes that a better understanding of the brain correlates of dissociation will help to rectify historical misunderstanding about dissociation and DID, destigmatize these experiences, and contribute to reducing gender-related health disparities.

“We also hope it will increase awareness of dissociative symptoms—and that, ultimately, clinicians will be more likely to assess for and consider these symptoms, and to connect patients with timely and appropriate treatment,” said co–senior author Milissa Kaufman, MD, Ph.D., director of the Dissociative Disorders and Trauma Research Program.

It is important to note the unique brain signatures of different dissociative symptoms may point to new therapies, the study authors said. “In the future, we could target brain activity related to dissociation as a treatment in and of itself,” said co-author Kerry J. Ressler, MD, Ph.D., chief scientific officer for McLean.

Deconstructing dissociation: a triple network model of trauma-related dissociation and its subtypes

Trauma-related pathological dissociation is characterized by disruptions in one’s sense of self, perceptual, and affective experience. Dissociation and its trauma-related antecedents disproportionately impact women.

However, despite the gender-related prevalence and high individual and societal costs, dissociation remains widely underappreciated in clinical practice. Moreover, dissociation lacks a synthesized neurobiological model across its subtypes.

Leveraging the Triple Network Model of psychopathology, we sought to parse heterogeneity in dissociative experience by examining functional connectivity of three core neurocognitive networks as related to: (1) the dimensional dissociation subtypes of depersonalization/derealization and partially-dissociated intrusions; and, (2) the diagnostic category of dissociative identity disorder (DID).

We used a novel statistical approach to assess both overlapping and unique contributions of dissociation subtypes.

Covarying for age, childhood maltreatment and PTSD severity, we found dissociation was linked to hyperconnectivity within central executive (CEN), default (DN), and salience networks (SN), and decreased connectivity of CEN and SN with other areas.

Moreover, we isolated unique connectivity markers associated with depersonalization/derealization in CEN and DN, to partially-dissociated intrusions in CEN, and to DID in CEN.

This suggests dissociation subtypes have robust functional connectivity signatures that may serve as targets for PTSD/DID treatment engagement. Our findings underscore dissociation assessment as crucial in clinical care, in particular, to reduce gender-related health disparities.