Suicide is the second leading cause of death in the United States for young people from the age of 10 up to 33. Tragically, the number of suicide attempts among children and adolescents has continued to increase despite national and international prevention efforts.

Collaborative research where specialists all over the world work together is needed to advance our understanding of the complex nature of suicidal thoughts and behaviors, and ultimately, to develop better interventions and preventions.

A new study by a global team of researchers including Neda Jahanshad, PhD, of the Keck School of Medicine of USC’s Mark and Mary Stevens Neuroimaging and Informatics Institute (Stevens INI), has revealed subtle alterations in the size of the brain’s prefrontal region in young people with mood disorders and suicidal thoughts and behaviors.

The study was recently published in Molecular Psychiatry.

“Along with my colleagues at the Stevens INI, an international team of neuroscientists, psychologists, and psychiatrists came together under the ENIGMA Suicidal Thoughts and Behaviors (ENIGMA-STB) working group, a National Institute of Mental Health-funded part of the ENIGMA Consortium, in order to pool together the amount of data this type of study requires.

“Suicidal behaviors occur across many mental illnesses, so instead of focusing on a single illness in small samples, we pulled together researchers who had data on suicidal behaviors in young people and coordinated a large-scale team science initiative to compare data across the disorders, here, with a focus on youth,” said Jahanshad.

“Benefitting from the large dataset that we had available, we were able to perform analyses in multiple subsamples,” detailed Laura van Velzen, PhD, postdoctoral research fellow at the Centre for Youth Mental Health, University of Melbourne and first author on the study.

“We started with data from a smaller group of young people with mood disorders for whom very detailed information about suicide was available. Next, we were able to look at larger and more diverse samples in terms of type of diagnosis and the instruments which were used to assess suicidal thoughts and behaviors.

“Our results show subtle alterations in the size of the frontal pole, a prefrontal region, in this first sample of young people, and suggest that these associations may be absent or more difficult to identify in more diverse samples.

“Besides revealing subtle alterations in prefrontal brain structure associated with suicidal behavior in young people, our study shows the strength of combining data from 21 international studies and the need for carefully harmonizing data across studies.”

“However, the subtle differences that we found do provide us with a better understanding of the mechanisms involved in suicidal behaviors and may eventually provide important targets for the next generation of more effective suicide prevention strategies.”

Equipped with these results, the research team is calling attention to the pressing need for more studies of this scope. Ongoing work by the same group will include expanded analysis, with the goal of including additional age groups and exploring other features, such as brain connectivity.

“The study provides evidence to support a hopeful future in which we will find new and improved ways to reduce risk of suicide. It is especially hopeful that scientists, such as our co-authors on this paper, are coming together in larger collaborative efforts that hold terrific promise,” said Lianne Schmaal, PhD, Associate Professor, University of Melbourne, co-author on the study. 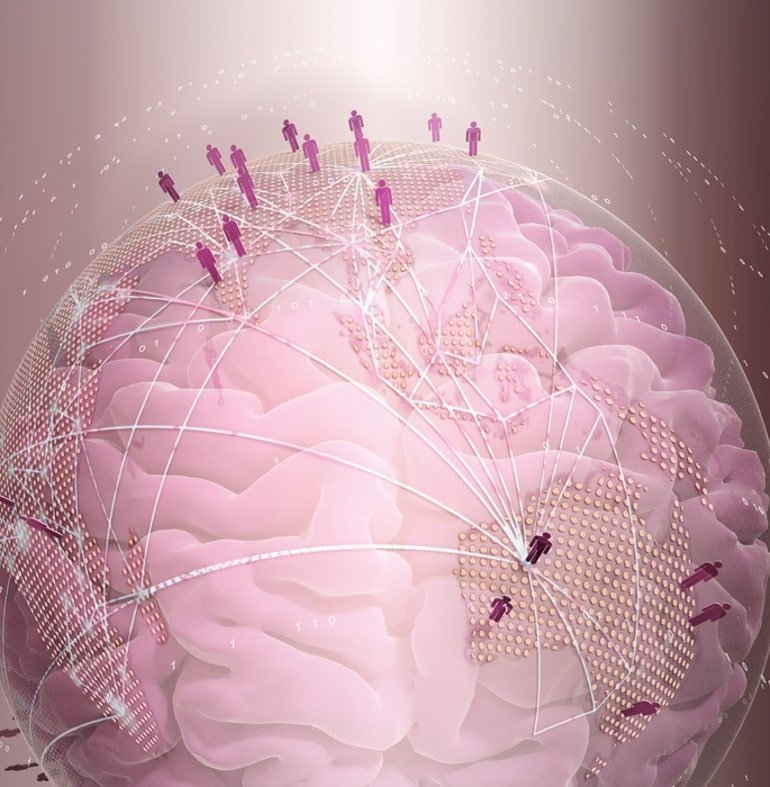 ENGIMA-STB aims to identify neurobiological variations associated with suicidal ideations and behaviors, to ultimately leverage information from brain structure, function, along with clinical and demographic factors, to predict the likelihood of a future suicidal attempt. Credit: USC Stevens INI

In addition to her research work for the ENIGMA consortium at the Stevens INI, Jahanshad also takes a social approach to her work on mental illness. She serves as the faculty sponsor for Trojan Support, a peer organization providing an opportunity for students to connect with trained fellow Trojans for support and thoughtful conversation to promote mental and emotional wellness.

Jahanshad mentored Trojan Support President and Founder Armand Amini, while he researched brain mapping to better understand suicide risk factors at the Stevens INI. Amini decided to create the organization after recognizing the need for a peer group for those uncomfortable with seeking professional help.

“This study exemplifies the power of researchers like Dr. Jahanshad and her colleagues, who seek to unite with specialists across the globe to better understand and amass significant amounts of data” says INI Director, Arthur W. Toga, PhD.

“The goal of the ENIGMA Consortium is to bring researchers together from around the world so that we can combine existing data samples and really improve our power to examine the brain in these potentially devastating mental illnesses.

“Additionally, the collaborative efforts of our faculty and former students like Armand Amini show our commitment to putting our research to practical use to benefit the USC community and beyond.”

Note: If you or someone you know is experiencing suicidal thoughts or a crisis, please reach out immediately to the Suicide and Crisis Lifeline by dialing 988.

Identifying brain alterations associated with suicidal thoughts and behaviors (STBs) in young people is critical to understanding their development and improving early intervention and prevention.

We performed analyses in three separate stages, in samples ranging from most to least homogeneous in terms of suicide assessment instrument and mental disorder.

In the homogeneous C-SSRS sample, surface area of the frontal pole was lower in young people with mood disorders and a history of actual suicide attempts (N = 163) than those without a lifetime suicide attempt (N = 323; FDR-p = 0.035, Cohen’s d = 0.34). No associations with suicidal ideation were found. When examining more heterogeneous samples, we did not observe significant associations.

Lower frontal pole surface area may represent a vulnerability for a (non-interrupted and non-aborted) suicide attempt; however, more research is needed to understand the nature of its relationship to suicide risk.