Summary: Neurons in the memory-associated entorhinal cortex of super-agers are significantly larger than their cognitively average peers, those with MCI, and even in people up to 30 years younger. Additionally, these neurons contained no signs of Tau, a hallmark of Alzheimer’s disease.

Neurons in an area of the brain responsible for memory (known as the entorhinal cortex) were significantly larger in SuperAgers compared to cognitively average peers, individuals with early-stage Alzheimer’s disease and even individuals 20 to 30 years younger than SuperAgers — who are aged 80 years and older, reports a new Northwestern Medicine study.

These neurons did not harbor tau tangles, a signature hallmark of Alzheimer’s disease.

“The remarkable observation that SuperAgers showed larger neurons than their younger peers may imply that large cells were present from birth and are maintained structurally throughout their lives,” said lead author Tamar Gefen, an assistant professor of psychiatry and behavioral sciences at Northwestern University Feinberg School of Medicine.

“We conclude that larger neurons are a biological signature of the SuperAging trajectory.”

The study of SuperAgers with exceptional memory was the first to show that these individuals carry a unique biological signature that comprises larger and healthier neurons in the entorhinal cortex that are relatively void of tau tangles (pathology).

The study will be published Sept. 30 in The Journal of Neuroscience.

The Northwestern SuperAging Research Program studies unique individuals known as SuperAgers, 80+ year-olds who show exceptional memory at least as good as individuals 20 to 30 years their junior.

“To understand how and why people may be resistant to developing Alzheimer’s disease, it is important to closely investigate the postmortem brains of SuperAgers,” Gefen said. “What makes SuperAgers’ brains unique? How can we harness their biologic traits to help elderly stave off Alzheimer’s disease?”

Scientists studied the entorhinal cortex of the brain because it controls memory and is one of the first locations targeted by Alzheimer’s disease. The entorhinal cortex comprises six layers of neurons packed on top of one another.Layer II, in particular, receives information from other memory centers and is a very specific and crucial hub along the brain’s memory circuit.

In the study, scientists show that SuperAgers harbor large, healthier neurons in layer II of the entorhinal cortex compared to their same-aged peers, individuals with early stages of Alzheimer’s disease and even individuals 20 to 30 years younger. They also showed that these large layer II neurons were spared from the formation of tau tangles.

Taken together, the findings suggest that a neuron spared from tangle formation can maintain its structural integrity (i.e., remain healthy and large). The inverse also seems to be true: Tau tangles can lead to neuronal shrinkage.

Participants in the SuperAger study donate their brains for research.

For the study, scientists examined the brains of six SuperAgers, seven cognitively average elderly individuals, six young individuals and five individuals with early stages of Alzheimer’s. Then they measured the size of neurons in layer II of the entorhinal cortex (compared to layers III and V). They also measured the presence of tau tangles in these cases.

For reasons that remain unknown, cell populations in the entorhinal cortex are selectively vulnerable to tau tangle formation during normal aging and in early stages of Alzheimer’s. 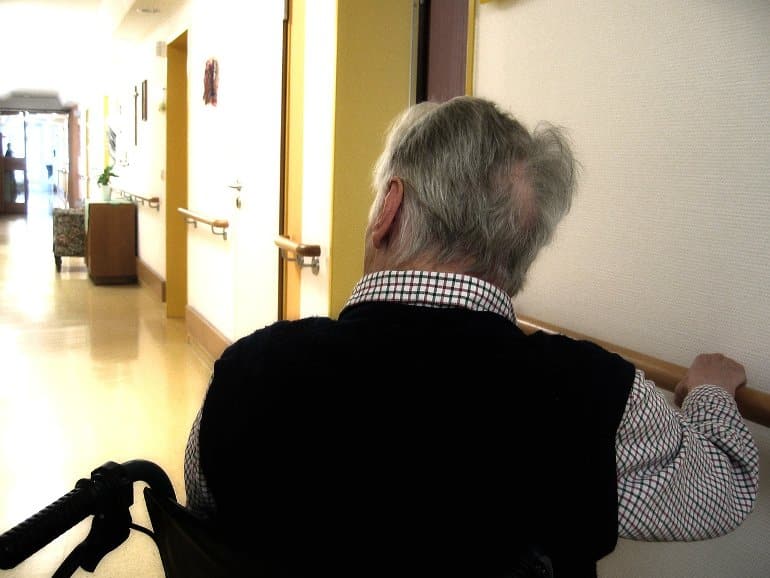 SuperAger neurons are even larger than those in individuals 20 to 30 years younger. Image is in the public domain

“In this study, we show that in Alzheimer’s, neuronal shrinkage (atrophy) in the entorhinal cortex appears to be a characteristic marker of the disease,” Gefen said.

“We suspect this process is a function of tau tangle formation in the affected cells leading to poor memory abilities in older age,” Gefen said. “Identifying this contributing factor (and every contributing factor) is crucial to the early identification of Alzheimer’s, monitoring its course and guiding treatment.”

Future studies are needed to understand how and why neuronal integrity is preserved in SuperAgers. Gefen wants to focus on probing the cellular environment.

“What are the chemical, metabolic or genetic features of these cells that render them resilient?” she asked. She also plans to investigate other hubs along the memory circuit of the brain to better understand the spread of or resistance to disease.

“We expect this research to be amplified and more impactful through a $20 million expansion of the SuperAging Initiative now enrolling five sites in the U.S. and Canada,” said Emily Rogalski, associate director of the Mesulam Center for Cognitive Neurology and Alzheimer’s Disease at Northwestern University Feinberg School of Medicine.