Summary: D-Cycloserine, an antibiotic used for the treatment of tuberculosis, increases the effectiveness of transcranial magnetic stimulation for those with major depressive disorder.

University of Calgary researchers have shown that the antibiotic D-Cycloserine (DCS) increases the effectiveness of transcranial magnetic stimulation (TMS) for people with major depressive disorder (MDD).

TMS is a non-invasive, well-recognized therapy for people who have treatment resistant depression. Even so, it doesn’t work for everyone. Researchers suspect the problem may be connected to a process in the brain essential for learning and memory.

“We think TMS works by driving the brain to adapt to stimulation through a process called synaptic plasticity,” explains Dr. Alexander McGirr, MD, PhD, principal investigator on the study.

“One of the challenges, however, is that major depression is associated with reduced synaptic plasticity, and so TMS may be asking the depressed brain to adapt to stimulation in a way that it can not readily do. Adding D-Cycloserine to the TMS treatment appears to enhance TMS’s ability to drive synaptic plasticity and treat depression.”

All participants in the study underwent TMS every day for four weeks. Half of those also received DCS while the other half received a placebo. Results, published in JAMA Psychiatry, show that almost 75 percent of participants treated with DCS and TMS benefitted, compared to only 30 percent of those treated with TMS and a placebo. Depressive symptom severity was measured using the gold standard Montgomery Asberg Depression Rating Scale.

“The combination treatment seemed to have benefits beyond depressive symptoms. The participants in this study that received DCS and TMS also had greater improvements in their symptoms of anxiety and overall well-being,” says study first author Jaeden Cole a member of the McGirr lab. 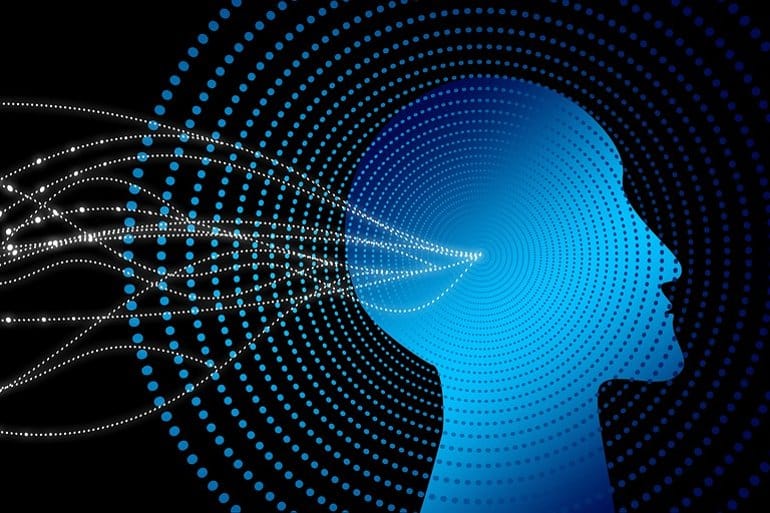 DCS is still used in the treatment of multidrug resistant tuberculosis and has been researched in other psychiatric applications such as trauma, and anxiety-related disorders. Image is in the public domain

The clinical trial involved 50 people. McGirr’s team plans to duplicate the research method with a larger group to be sure of the clinical efficacy and safety of this experimental treatment.

“If confirmed, this could change practice and have a very significant impact on patients’ treatment outcomes.”

DCS is still used in the treatment of multidrug resistant tuberculosis and has been researched in other psychiatric applications such as trauma, and anxiety-related disorders. While the drug is not currently available in Canada, McGirr believes additional research proving the benefit of this combined therapy could pave the way for the drug’s reintroduction here.

Alexander McGirr has a provisional patent filing for the combination of DCS and TMS in the treatment of depression.

The antidepressant effects of transcranial magnetic stimulation protocols for major depressive disorder (MDD) are thought to depend on synaptic plasticity. The theta-burst stimulation (TBS) protocol synaptic plasticity is known to be N-methyl-D-aspartate (NMDA)–receptor dependent, yet it is unknown whether enhancing NMDA-receptor signaling improves treatment outcomes in MDD.

To test whether low doses of the NMDA-receptor partial-agonist, D-cycloserine, would enhance intermittent TBS (iTBS) treatment outcomes in MDD.

This was a single-site 4-week, double-blind, placebo-controlled, randomized clinical trial conducted from November 6, 2019, to December 24, 2020, including 50 participants with MDD. Participants were recruited via advertisements and referral. Inclusion criteria were as follows: age 18 to 65 years with a primary diagnosis of MDD, a major depressive episode with score of 18 or more on the 17-item Hamilton Depression Rating Scale, a Young Mania Rating Scale score of 8 or less, and normal blood work (including complete blood cell count, electrolytes, liver function tests, and creatinine level).

Participants were randomly assigned 1:1 to either iTBS plus placebo or iTBS plus D-cycloserine (100 mg) for the first 2 weeks followed by iTBS without an adjunct for weeks 3 and 4.

Exploring the Role of Appetite Change in Depression – Neuroscience News