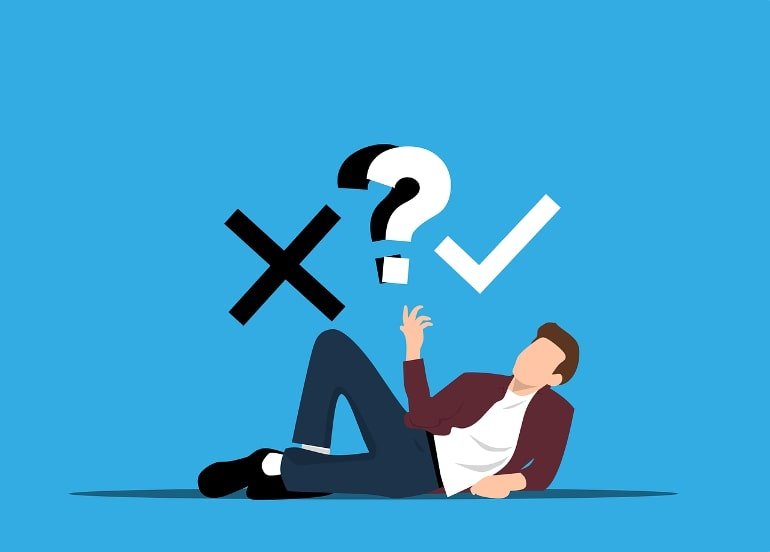 In a good or a bad mood, focused or distracted, in dire or no need: our internal states directly influence our perceptions and decision-making.

While the role of motivation on the performance of behavioural tasks has been known for more than a century – thanks to the work of psychologists Robert Yerkes and John Dilligham Dodson – its precise effect on the brain remains unclear.

A team from the University of Geneva (UNIGE), in collaboration with the EPFL, has revealed how motivation alters the neural circuits responsible for sensory perception preceding decision-making in mice.

This study reveals why a level of motivation that is too high or too low can affect our perception and therefore our choices.

These results, featured in the journal Neuron, open up new perspectives in learning methods.

Going to work early in the morning, choosing a restaurant at lunchtime: many of our decisions are motivated by needs, such as earning a living or satisfying our hunger.

However, decision-making is a complex process, which can also be influenced by external factors, such as the environment or other individuals, and by our internal states, such as our mood, our level of attention or our degree of motivation.

The laboratory of Sami El-Boustani, Assistant Professor in the Department of Basic Neurosciences at the Faculty of Medicine of the UNIGE and recipient of an Eccellenza fellowship (SNSF), is studying the neural circuits involved in decision-making. In recent work, carried out in collaboration with Professor Carl Petersen’s team at EPFL, his lab has studied the role played by a specific internal state – motivation – in perception and decision-making.

For more than a century it has been known that a relationship between motivation and performance exists thanks to the work of American psychologists Robert Yerkes and John Dilligham Dodson. Too much or too little motivation is detrimental to performance. However, the way in which this impacts our neural circuits remains unclear.

‘‘We wanted to observe how sensory information transmitted by neurons in the cortex is altered by the degree of motivation and to what extent the latter can have an effect on learning and performance in a decision-making task,’’ explains Sami El-Boustani, the lead author of the study.

The research team developed a behavioral paradigm involving mice in a controlled water consumption regime. They first trained these rodents to respond to tactile stimuli via two whiskers (A and B) and to produce an action – licking a spout – only for whisker A in order to obtain a drop of water.

Following this training, these mice reacted mainly to the stimulation of whisker A, thus indicating their ability to discriminate between these two sensations. Finally, the researchers conducted these experiments at decreasing levels of thirst in order to vary the motivation of the rodents to participate in the task.

In a state of great thirst – therefore of great motivation – rodents performed poorly. They licked the spout indiscriminately, without distinguishing between the whiskers stimulated.

In contrast, in a state of moderate thirst, the choice of their action became optimal. They mainly licked the spout when whisker A was stimulated. Finally, when they were not very thirsty, their performance in the task dropped again.

By observing the activity of neuronal populations responsible for perceptual decision-making in these mice, the researchers discovered that neurons in these circuits were flooded with electrical signals when mice were hyper-motivated. Conversely, in a state of low-motivation, the signals were too weak.

As a result, the perception of the stimuli was also impaired. Image is in the public domain

‘‘Hyper-motivation leads to strong stimulation of cortical neurons, which causes a loss of precision in the perception of tactile stimuli,’’ says Giulio Matteucci, a Postdoctoral Fellow in Sami El-Boustani’s laboratory and the study’s first author.

In contrast, in the low-motivation state, the accuracy of the sensory information was recovered, but the strength of the signal was too low for it to be transferred correctly. As a result, the perception of the stimuli was also impaired.

A new understanding of learning

These results open up new perspectives. They provide a possible neural basis for the Yerkes-Dodson Law.

‘‘They also reveal that the level of motivation does not only impact decision-making but also the perception of sensory information, which leads to the decision’’, explains Carl Petersen, Full Professor at the Brain Mind Institute of EPFL and co-senior author in the study.

This work also suggests that it is necessary to decouple acquisition and expression of new knowledge.

‘‘We observed that mice understood the rule very quickly but could only express this learning much later, depending on an altered perception linked to their level of motivation.’’

This unraveling of the role of motivation in learning opens the way to new adaptive methods that aim to maintain an optimal level of motivation during learning.

Behavioral states can influence performance of goal-directed sensorimotor tasks. Yet, it is unclear how altered neuronal sensory representations in these states relate to task performance and learning.

We identified somatosensory cortices as well as the premotor cortex as part of the circuit necessary for task execution.

Learning was better explained by improvements in motivational state control rather than sensorimotor association. Whisker sensory representations in the cortex were altered across behavioral states.