Summary: Childhood trauma significantly increases the risk of being diagnosed with a mental health disorder later in life. For children who experienced emotional abuse, the most prevalent disorder reported was anxiety. Trauma also increased the risks for psychosis, OCD, and bipolar disorder. Significantly, those who experience trauma during childhood were 15 times more likely to be diagnosed with borderline personality disorder later in life.

A study led by researchers at the Hospital del Mar Medical Research Institute links psychological trauma in childhood with an increased risk of developing some kind of mental disorder years later.

Suffering psychological trauma during childhood significantly increases the risk of developing a mental disorder in adulthood. Specifically, as much as three times, according to a recent study led by researchers at the Hospital del Mar Medical Research Institute, published in the journal European Archives of Psychiatry and Clinical Neuroscience.

The study analyses the fourteen reviews and meta-analyses published to date in specialized journals on this issue, and is the first to take into account the full range of existing mental disorders.

In total, the studies analyzed incorporate more than 93,000 cases, revealing a direct link between suffering psychological trauma at a pediatric age and the risk of developing a mental pathology later in life.

“It is the strongest evidence to date that psychological trauma really is a risk factor for suffering a mental disorder later on,” says Dr. Benedikt Amann, lead author of the study, a researcher in the Mental Health Research Group at the IMIM-Hospital del Mar and the CIBER on Mental Health (CIBERSAM).

The most common childhood traumas are emotional, physical and sexual abuse, as well as emotional or physical neglect and bullying, although there are many others.

Suffering one of these situations damages the brain, causing physical as well as psychological consequences in the form of various disorders. In the case of emotional abuse, the most frequent trauma is associated with the most prevalent disorder in the population, that of anxiety.

But there is also a relationship between childhood trauma and other pathologies, such as psychosis, which is linked to all traumas, obsessive-compulsive disorder or bipolar disorder.

The risk of suffering from borderline personality disorder increases up to fifteen times in the case of having experienced trauma during childhood. 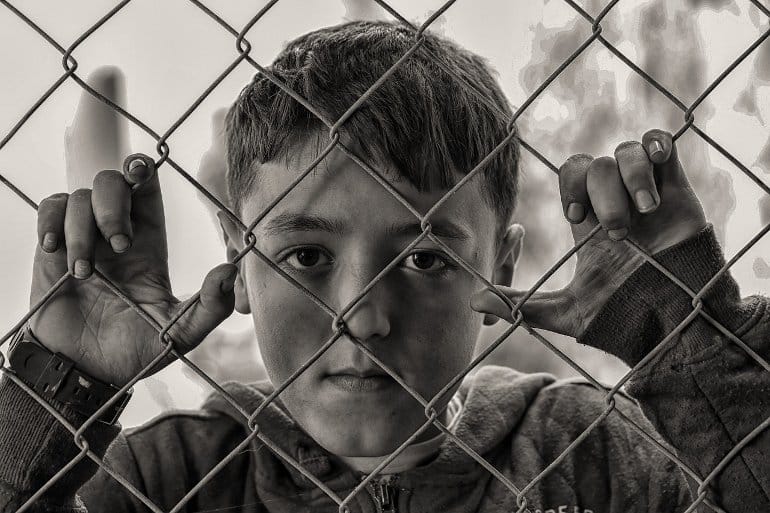 Suffering psychological trauma during childhood significantly increases the risk of developing a mental disorder in adulthood. Image is in the public domain

Trauma in adulthood is also associated with a four-fold increase in the risk of a later mental disorder. The researchers point out, however, that there is less evidence for this type of pathology.

Study the history of the sufferer

Given these results, Bridget Hogg, a researcher at the IMIM-Hospital del Mar, psychologist and first author of the study, believes that patients need an approach that not only takes into account physical factors, but also their history.

In this sense, “It is necessary to guide the patient through their life history, to really review what has happened to them. Currently, we question what isn’t working, but not what has happened in their life, because this requires opening up potentially painful subjects, and it is avoided.”

The study also highlights the fact that other traumas such as catastrophes, violent deaths or family abuse can affect people, generating structural and functional changes in the brain that open the door to future mental disorders.

In addition, for people with this type of pathology who have suffered previous traumas, the course of the disease is worse. For these reasons, Dr. Amann calls for action.

“On the one hand, we must treat psychological trauma in our patients, but we also have to take action in the political and social spheres and invest more in prevention. For example, by educating families and setting up programs to prevent bullying, which is a very important risk factor in terms of suffering a mental disorder, both for those who receive it and for those who perpetrate it,” he says.

Psychological trauma as a transdiagnostic risk factor for mental disorder: an umbrella meta-analysis

This umbrella review is the first to systematically examine psychological trauma as a transdiagnostic risk factor across psychiatric conditions. We searched Pubmed, Scopus, and PsycNET databases from inception until 01/05/2021 for systematic reviews/meta-analyses evaluating the association between psychological trauma and at least one diagnosed mental disorder.

We re-calculated the odds ratio (OR), then classified the association as convincing, highly suggestive, suggestive, or weak, based on the number of cases and controls with and without psychological trauma, random-effects p value, the 95% confidence interval of the largest study, heterogeneity between studies, 95% prediction interval, small-study effect, and excess significance bias.

Additional outcomes were the association between specific trauma types and specific mental disorders, and a sensitivity analysis for childhood trauma. Transdiagnosticity was assessed using TRANSD criteria.

The review was pre-registered in Prospero CRD42020157308 and followed PRISMA/MOOSE guidelines.

These findings highlight the importance of preventing early traumatic events and providing trauma-informed care in early intervention and psychiatric services.

“Suffering psychological trauma during childhood significantly increases the risk of developing a mental disorder in adulthood.” This is yet another article that utterly fails to acknowledge the role of chronic learning performance anxiety in school as a widespread psychological trauma. Since the initial emergence of ACE I’ve been interested in getting an additional type of ACE added to the framework: the adverse childhood experience of feeling CHRONICALLY NOT GOOD ENOUGH AT LEARNING. Where is the ACE score for “Chronic Learning-Performance Anxiety-Shame”? For day after day, week after week, month after month, year after year feeling the shame that accompanies feeling, chronically, not enough at learning? Though not as episodically acute as the other ACE types, most of our kids experience this, and the consequent effects, are profoundly life warping. I hope the authors of this paper or others conducting related research will add chronic learning performance anxiety to their list of childhood traumas.