Summary: Many people turn to dating apps to find companionship and love, however, researchers say sexual predators are using dating apps to secure new victims. A new study reveals 14% of rapes committed by an acquaintance occurred as a result of meeting via a dating app. Victims with mental illnesses and other vulnerabilities were the most targeted, and the attacks were significantly more violent.

In the largest study of its kind, a Brigham Young University nursing team analyzed Utah sexual assault victims’ medical exam charts from 2017 to 2020.

They found that 14% of the 1,968 rapes committed by acquaintances occurred during an initial meetup arranged through a dating app.

Those cases stood out in disturbing ways: victims with mental illnesses and other vulnerabilities were targeted, and the attacks were significantly more violent.

“We’d started to see an increase of victims reporting being raped after meeting someone on a dating app, and we wanted to know if rapes facilitated through dating apps differed from other acquaintance rapes. They are indeed very different.”

Prior research shows that individuals with a mental illness are already more likely to be sexually assaulted. In the study, 47% of the victims of acquaintance rape that was unrelated to dating apps disclosed a mental illness.

Among those assaulted during a first meeting set up through an app, the number was much higher still, with 60% disclosing a mental illness.

“In a dating app, people can shape themselves however they want to appeal to vulnerable victims. Those with mental illnesses like depression may be more susceptible to a predator who might, for example, flatter them profusely and persuade them to meet in person,” Valentine said.

College students were also more likely to be victims of dating-app-facilitated assaults, and male victims were nearly twice as common among app-related assaults as among other acquaintance assaults.

Troublingly, the perpetrators in dating-app-facilitated rapes seemed to be unusually violent. The attacks produced more victim injuries than other acquaintance rapes; one quarter of the victims had breast injuries, for example.

Additionally, about 33% of the victims reported being strangled during the assault, while 22% of victims who were not meeting perpetrators for the first time through an app reported strangulation.

Dating apps are fertile ground for predators in part because there are few means for potential victims to screen possible partners.

“It used to be that people would meet through mutual friends or at work or school, and there was a degree of vetting that went in place before dating. Dating apps have completely taken away that process,” Valentine said. 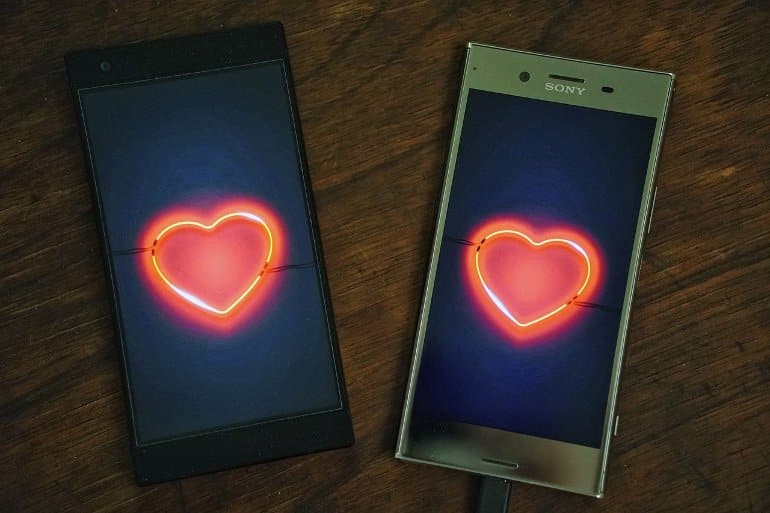 They found that 14% of the 1,968 rapes committed by acquaintances occurred during an initial meetup arranged through a dating app. Image is in the public domain

The current safety measure in dating apps—a written set of guidelines for safe dating—is inadequate because it places the burden of safety on potential victims, the researchers argue.

Victims might blame themselves for being swayed by a predator to not follow the guidelines to the letter, and their self-blame could dissuade them from reporting the assault.

Instead, the authors recommend that dating app companies improve their safety standards.

“Dating app companies can increase artificial intelligence to identify perpetrators, have stricter identification requirements for users, run criminal history searches at no extra charge and connect with other companies to ensure that perpetrators aren’t just jumping from one app to another. They can also improve ways for victims to report assaults and provide more support services for victims,” Valentine suggested.

These changes may be on the horizon. The BYU team has collaborated with dating app companies and legislators to draft a Utah House bill sponsored by Representative Angela Romero, “Online Dating Safety Requirements,” to improve safety in dating apps. They believe the bill has a good chance of passing during the next legislative session and hope other states will follow their example.

“What I don’t want people to take from the study is that we shouldn’t use dating apps—they’re the number-one way that happy couples meet. We want to preserve that but increase the safety,” Valentine concluded.

Dating app facilitated sexual assault (DAppSA) is a concerning phenomenon with minimal published research. This retrospective study explored if DAppSAs were different than other sexual assaults (SAs) committed by acquaintances through a review of 3,413 sexual assault medical forensic examination (SAMFE) charts from 2017 to 2020 in a Mountain West state in the United States. Routine Activities Theory and Confluence Model of sexual aggression provided the theoretical framework for the study.

Inclusion criteria for DAppSA cases included (1) victim was 14 years of age or older; (2) victim indicated meeting the perpetrator on a dating app; (3) SA occurred at initial in-person meeting; and (4) victim had a SAMFE with SA kit evidence collection. DAppSAs (n = 274) represented 8.02% of overall cases and 13.92% of acquaintance SAs (n = 1,968). DAppSA victims had unique characteristics including a higher percentage of male victims (7.5%), college students (22.2%), and victims with self-reported mental illness (MI) (59.6%). Victims were less likely to fight back during the assault with lower percentages of kicking (5.8%) and hitting (9%).

DAppSA victims and perpetrators were less likely to use drugs or alcohol before or during the assault. DAppSAs were found to be more violent SAs with increased strangulation (32.4%); assaultive/penetrative acts; and victim injuries, especially anogenital and breast injuries. Unique and troubling differences were found in DAppSA cases than other SAs committed by acquaintances.

Due to the increased violent nature of DAppSAs, the researchers propose that sexual predators use dating apps as hunting grounds for vulnerable victims.