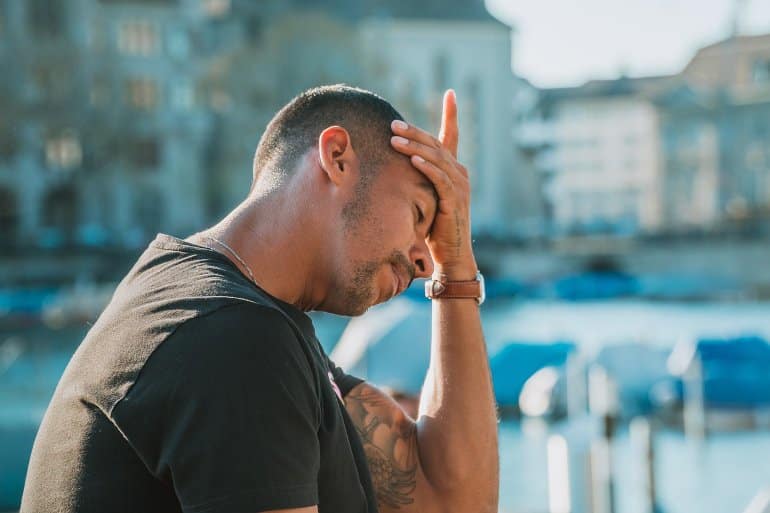 Summary: Study finds the immune system may benefit from a measure of stress.

Stress has been linked to all sorts of serious health issues, from insomnia to high blood pressure, obesity and even heart disease. But it’s generally acknowledged that some stress can also be helpful, like when someone’s chasing a work deadline.

But what if some level of stress can actually protect the body?

A new study by researchers at the Case Western Reserve University School of Medicine, with findings published in Proceedings of the National Academy of Sciences, suggests the immune system may benefit from a measure of stress.

“This one of the few studies showing that chronic stress could have beneficial effect instead of negative effect,” said senior author Fabio Cominelli, professor of medicine and pathology and associate dean for program development at the School of Medicine. “This was a little bit of a surprise for us.”

Psychological stress has been found to make symptoms of inflammatory bowel disease (IBD) worse. Similarly, intestinal tertiary lymphoid organs (TLOs)—immune cells that form in response to chronic inflammation or injury—are associated with more severe inflammation. While the role of TLOs and stress in IBD is debated, TLO formation in the context of stress hadn’t been studied.

Instead, stress was found to increase production of the cytokines IL-23 and IL-22. These two cytokines are a part of the TLO formation pathway. IL-22 plays a protective role in wound-healing and tissue-regeneration and can have both anti-inflammatory and pro-inflammatory responses.

Stressed mice deficient in the receptor for IL-23 had increased IL-23, but not IL-22, and couldn’t increase TLO formation. This effect was reversed when IL-22 was administered.

But what if some level of stress can actually protect the body? Image is in the public domain

Given the association of TLOs with other diseases, the researchers reasoned that stressed mice would be more susceptible to a “second hit” in the colon. However, compared to unstressed mice, stressed mice actually exhibited less severe inflammation after this “second hit.”

“Our findings demonstrate that psychological stress induces formation of TLOs by increasing the production of IL-23,” Cominelli said. “Furthermore, the stressed mice were protected after a ‘second hit,’ suggesting TLOs may function to improve the mucosal barrier.”

Typically, stress is associated with more severe inflammation. However, not all patients that experience stress have worse disease. Therefore, this study has translational significance because it demonstrates a condition where stress has a beneficial effect, the scientists said.

“What we discovered it that chronic daily stress for six weeks was beneficial against a second injury. The mouse models that were stressed were actually protected,” Cominelli said.

“We showed they had stimulation of the immune system, which protects against intestinal inflammation. What needs to be studied is whether this may translate to other diseases and injuries.”

While there is active debate about the role of TLOs and stress in IBD pathogenesis, there are no studies investigating TLO formation in the context of psychological stress. Our mouse model of Crohn’s disease–like ileitis, the SAMP1/YitFc (SAMP) mouse, was subjected to 56 consecutive days of restraint stress (RS). Stressed mice had significantly increased colonic TLO formation.

However, there was no difference in TLO formation between recipient mice. Stress increased the TLO formation cytokines interleukin-23 (IL-23) and IL-22 followed by up-regulation of antimicrobial peptides. SAMP × IL-23r−/− (knockout [KO]) mice subjected to chronic RS did not have increased TLO formation. Furthermore, IL-23, but not IL-22, production was increased in KO mice, and administration of recombinant IL-22 rescued TLO formation.

Following secondary colonic insult with dextran sodium sulfate, stressed mice had reduced colitis on both histology and colonoscopy. Our findings demonstrate that psychological stress induces colonic TLOs through intrinsic alterations in IL-23 signaling, not through extrinsic influence from the microbiome.

Furthermore, chronic stress is protective against secondary insult from colitis, suggesting that TLOs may function to improve the mucosal barrier.