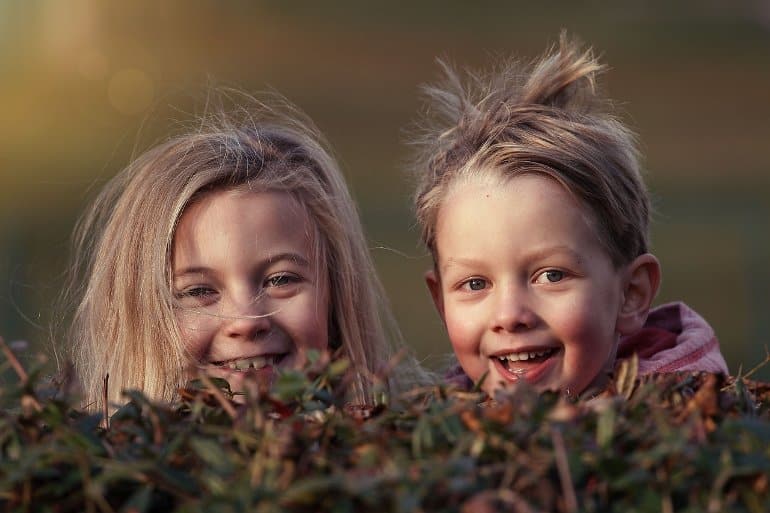 Summary: By the age of two, most children are able to embark on pretend play and adopt a perspective that does not fit reality. This enables children to develop the ability to attribute perspective to others that they don’t share. Findings suggest the ability to adopt perspectives, an important aspect of developing social cognition and the attribution of mental state, is already present in young children.

The ability to adopt another person’s perspective is important for social cognition and, consequently, for human coexistence. But at what point during child development are we able to do this?

Dr. Julia Wolf from the Institute for Philosophy II of Ruhr University Bochum, Germany, examines whether pretend play provides an indication of the ability to attribute mental states to other people.

According to her thesis, even two-year-olds can pretend to drink tea and thus adopt a perspective that doesn’t reflect reality. But only later are children able to attribute a perspective to others that they don’t share.

Julia Wolf published her work in the journal Synthese on December 14, 2022.

Why did Sarah go to the kitchen?

Every day we adopt the perspective of other people in order to understand their behavior: Let’s say Sarah went to the kitchen. I recognize that she did so because she wanted to get coffee and believes that there’s coffee in the kitchen.

“The important thing is that this also applies when I myself don’t want coffee, or when I know that in fact the coffee has run out and therefore it won’t be possible to get any in the kitchen,” explains Julia Wolf.

“In other words, in order to understand others, it’s important to be able to adopt their perspective, even if it differs from your own.” The ability to do this is a key milestone in the development of social cognition. Evidence suggests that this ability usually develops around the age of four.

Children as young as two pretend to drink tea

But even earlier than that, children have the ability to pretend play. They pretend the sofa cushion is a cat and a toy brick is a train. When they engage in this make-believe, children usually don’t mistake it for reality, but understand perfectly well what is real and what is not.

So it looks like even two-year-olds show highly developed cognitive skills in pretend play, such as the ability to distinguish between pretense and reality, and thus to adopt different perspectives about a situation.

Plus, pretend play is a social phenomenon: children also pretend play with others. If someone pretends to pour tea into a child’s empty cup, the child may follow suit and pretend to drink from that cup.

“This indicates that children are not only able to take alternative perspectives, but also to deduce another person’s perspective from their behavior and respond appropriately,” elaborates Julia Wolf.

Plus, pretend play is a social phenomenon: children also pretend play with others. Image is in the public domain

But does that mean that children can attribute a mental state to others at such an early age?

“In my opinion, it doesn’t,” says Julia Wolf. While pretend play requires children to share a common pretend perspective, it doesn’t require them to distinguish between their own perspective and that of another person.

It’s the context that counts

“Still, pretend play remains crucially important for theories on the development of social cognition,” says Wolf. It not only indicates that it is possible to take on another perspective in some contexts, but also that children are able to adopt a perspective that contradicts reality—contrary to what some other theories claim.

Moreover, the fact that they are aware that what is pretended is not real indicates that they are also able to coordinate these different perspectives to a certain extent.

“This suggests that much of the ability to adopt perspectives, which is necessary for social cognition and the attribution of mental states, is already present at an early childhood stage,” says Julia Wolf.

“What we need to take into account, then, is: in what kind of context are the children embedded in, and to what extent can this context support the adoption of other perspectives?”

Implications of pretend play for Theory of Mind research

I argue that children’s early pretend play also carries important implications for Theory of Mind research. Although pretend play does not directly provide evidence of Theory of Mind in young children, it provides evidence of an early ability to handle inconsistent representations, although this ability to access these inconsistent representations may be contingent on external support.

Bristol’s Moneyhub extends round to £55m with £15m boost

Tesla shares tumble, on track for worst month ever