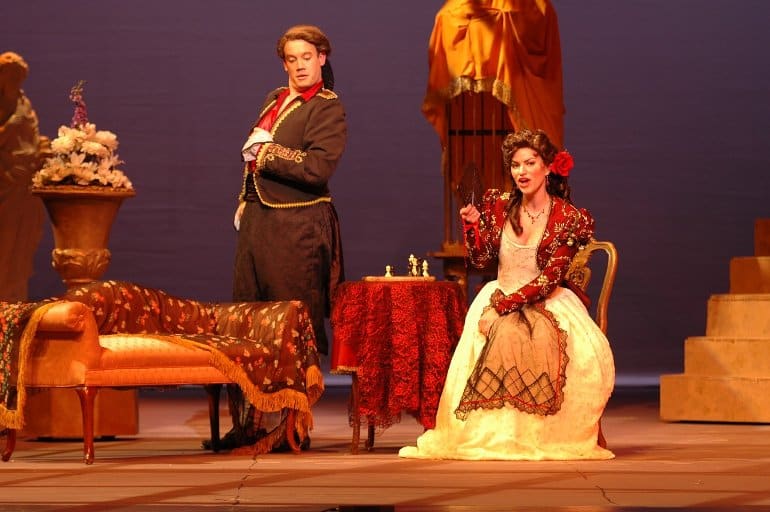 Summary: When actors hear their own names during a performance, their response is suppressed by activity in the left anterior prefrontal cortex, a brain area associated with self-awareness.

Actors may suppress their core sense of self when acting, as they immerse themselves in a new role, finds a new study by UCL researchers.

The research, published in Journal of Cognitive Neuroscience, suggests that when actors take on a new character, they may be able to suppress their everyday self—implying that theater training may have a big impact on the fundamental mechanisms of the human brain.

Researchers worked in collaboration with Flute Theatre, who create and deliver interactive productions of Shakespeare for autistic individuals and their families, using a series of sensory drama games, known as the Hunter Heartbeat Method.

The team used wearable brain imaging technologies pioneered at UCL’s department of Biomedical Engineering, alongside physiological measurement devices, to evaluate the brain activity of actors as they rehearsed scenes from Shakespeare’s A Midsummer Night’s Dream.

The findings showed that when the actors heard their own name during the performance, their response was suppressed in the left anterior prefrontal cortex of the brain, which is usually associated with self-awareness. The same result was witnessed consistently in six actors who were tested when rehearsing several times over a week.

Meanwhile, when the performers were not in acting conditions, they responded normally to hearing their own name.

“The shout of a person’s own name is a powerful and compelling sound which normally makes the subject turn their head. It also engages the prefrontal cortex of the brain. However, our findings suggest that actors may learn to suppress their sense of self as they train in the theater and take on a different character.”

“This is the first time that neuroscientists have been able to record brain activity in actors as they perform a role. We hope that this study will help us understand what theater training does to the brain and to build new connections between neuroscientists and theater professionals.”

As part of the study, the researchers also investigated the interpersonal coordination between pairs of actors rehearsing together, to see how they synchronize their bodies, heart rates and brains.

They found that during rehearsals there were similar activity patterns in the right inferior frontal gyrus and the right frontopolar cortex of the brains of two actors who were working together. These areas are associated with social interaction and action planning. The effects were specific to the brain data and were not seen in the heartbeat or breathing data, showing that there are specific brain systems that are coordinated during complex social interactions.

Dwaynica Greaves says, “our findings indicate that collaborating with the theater industry could be helpful in producing theories about social interaction that could also be investigated in the real world.”

“Our future work will look at whether young people, including those with autism, can learn new social skills by taking part in theater activities.”

The findings showed that when the actors heard their own name during the performance, their response was suppressed in the left anterior prefrontal cortex of the brain, which is usually associated with self-awareness. Image is in the public domain

Artistic Director of Flute Theatre, Kelly Hunter, says “‘what’s in a name?’ cries Juliet. More than meets the eye, it would appear.”

“As ever, Shakespeare would seem to have understood instinctively 400 years ago, what scientists are proving empirically now.”

“I had always been interested in the changes that occur internally when we hear, speak and even think about our own name as well as the names of those we have strong feelings toward.”

“The scientific recognition that our physiological selves respond when we hear our names, deepened my understanding of the sensory drama games I play with autistic individuals, especially those who are non-verbal.”

“Since the collaboration with UCL in 2019, I have deepened and developed the way I use the names of the autistic participants within the framework of our performances. It’s been a perfect blend of artistic instincts and scientific questioning creating a deeper pool of understanding of how we communicate.”

In the future, the team hope to also investigate the difference between trained and untrained actors.

The sample size used for the study was small for neuroimaging research, as researchers only worked with a small group of six actors over a total of 19 data collection sessions, and did not include a control (comparison) group of people without theater training.

Exploring Theater Neuroscience: Using Wearable Functional Near-infrared Spectroscopy to Measure the Sense of Self and Interpersonal Coordination in Professional Actors

This article presents a proof of principle study that aims to push the limits of what wearable brain imaging can capture and find new ways to explore the neuroscience of acting. Specifically, we focus on how to build an interdisciplinary paradigm to investigate the effects of taking on a role on an actor’s sense of self and present methods to quantify interpersonal coordination at different levels (brain, physiology, behavior) as pairs of actors rehearse an extract of a play prepared for live performance.

Participants were six actors from Flute Theatre, rehearsing an extract from Shakespeare’s A Midsummer Night’s Dream. Sense of self was measured in terms of the response of the pFC to hearing one’s own name (compared with another person’s name). Interpersonal coordination was measured using wavelet coherence analysis of brain signals, heartbeats, breathing, and behavior.

These methods open the way to new studies that can use wearable neuroimaging and hyperscanning to understand the neuroscience of social interaction and the complex social–emotional processes involved in theatrical training and performing theater.

Stellantis Jeep joint venture in China to file for bankruptcy

Fit for Work at Over 50 – Neuroscience News