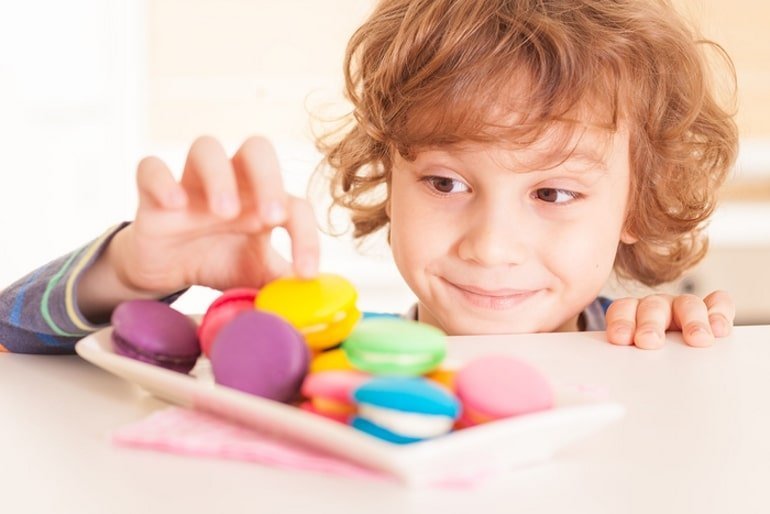 Summary: A parent’s wealth and social status can influence a child’s risk-taking behaviors.

Some kids are risk-takers. Others tend to play it safe. Are these differences simply based on personality, or do children’s environments help shape their willingness to take a gamble?

While psychologists have theorized that parents’ wealth and social status may influence their kids’ risk preferences, this study provides the first experimental evidence to support that assumption, says Peter Blake, a study coauthor and a BU College of Arts & Sciences associate professor of psychology.

The findings were published this week in the journal Proceedings of the Royal Society B.

“I hope this study—as well as other future studies by our lab and other people—will change perspectives,” Blake says. The research provides evidence that risky decisions in childhood do not always reflect poor judgment or a lack of self-control, he says.

Blake says he hopes parents, teachers, and others who see a child making risky choices will pause and consider that such decisions might make sense given the child’s circumstances.

The premise behind Blake’s research, known as developmental risk sensitivity theory, is drawn from observations of how animals behave in foraging situations.

The theory proposes that developing organisms learn to use different risk strategies based on the availability of resources and the extent of their needs.

A well-fed fox, for example, is unlikely to risk entering dangerous territory for a large meal when a small, certain amount of food is readily available. A hungry fox, however, is more likely to take chances for a big dinner.

To test human applications of this theory, Blake and his coauthor, Teresa Harvey (GRS’20), built an experiment to see if children’s risk preferences would vary by their socioeconomic status and by the size of the offered rewards.

Dozens of children between the ages of 4 and 10 participated in the study, which was conducted at several research sites in Greater Boston, including the Museum of Science. Each child was given the choice to accept a set number of stickers or to spin a wheel for a 50/50 chance of getting even more stickers—or nothing at all.

While the children participated in the experiment, their parents filled out demographic forms that included questions about the parents’ education levels and income.

“The kids with lower socioeconomic status, they followed the pattern predicted by the theory,” says Blake. “They acted like the hungry fox. They were more likely to take the risk to get the larger reward, and when it came to a lower value reward, they chose the certain option so that they would get something.”

The study also showed that boys were more likely than girls to make risky decisions, but gender differences didn’t affect the socioeconomic patterns the researchers were interested in. The study showed no age-based differences in risk preference.

Researchers found children from families with lower socioeconomic status were more likely to take a bigger risk in hopes of winning a big reward than were children from higher status families. Credit: Boston University

Blake says he is trying to recruit more families from the lower end of the socioeconomic scale—most participating families were well-educated with high incomes—so he can rerun the experiment and produce results with higher confidence.

Spinning wheels to win stickers is not a common scenario for children, and Blake says his research findings may not apply to every situation. If a child is choosing whether to take the risk of, say, leaping from a swing during recess, he says, such a decision involves additional factors—like peer pressure—that his experiments were not designed to account for.

But Blake believes his findings help explain some choices school-age children make in their daily lives. A child may risk giving a classmate part of her sandwich, for example, in hopes of building a worthwhile friendship.

Children also decide how much time and effort to invest in various activities.

“You tell them that doing their homework has some long-term payoff,” Blake says.

“That’s effort they have to expend right now, as opposed to going out to play with their friends. So, they have to make decisions about whether there’s an immediate payoff that could be easier versus something that may or may not work out for the long term.”

Developmental risk sensitivity theory (D-RST) focuses on the plasticity of risk preferences during childhood and makes predictions about the effect of reward size based on a child’s social environment.

By contrast, prospect theory predicts risk aversion for gains and risk seeking for losses regardless of environment or status.

We presented 4 to 10-year-olds (n = 194) with a set of trials in which they chose between a certain amount and a chance to receive more or nothing.

Children from lower-SES families differentiated between the high- and low-value trials and made more risky decisions for the high-value reward compared with higher-SES children.

Children from higher-SES families were more risk averse for both trial types.

Decisions for loss trials did not conform completely to either theory.

We discuss the results in relation to evolutionary developmental theories.