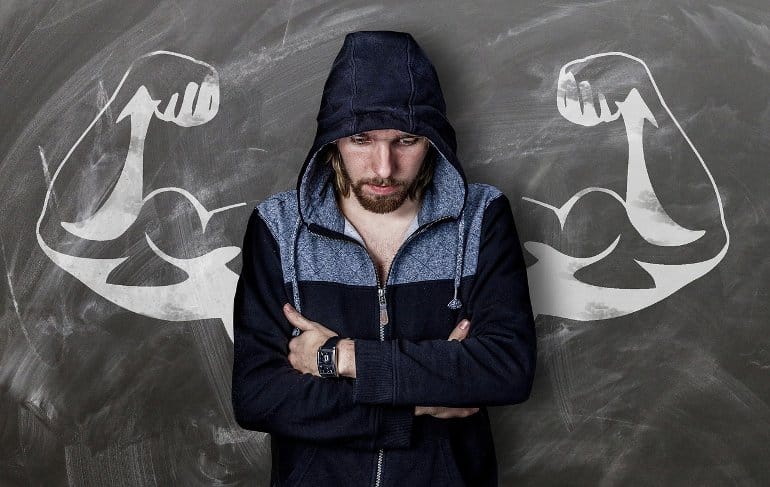 It is not the older generation but young men who have the most difficulty in accepting advances in women’s rights. This has been shown by a large study from the University of Gothenburg on gender equality and sexism in Europe.

In recent decades, Western democracies have become increasingly gender-equal. Girls and women tend to avail themselves of educational opportunities even more than men do, and more and more women are getting jobs in leading positions. But while gender equality is improving, research shows that modern sexism is working against women’s rights.

One example of modern sexism is when people consider society as gender-equal and therefore oppose further efforts to promote women’s rights. Their reasoning is based on the so-called zero-sum game notion, where progress for one group is seen as being at the expense of another.

Previous research shows that a perceived sense of injustice and competition between men and women affects political attitudes and voting behaviour.

“Some people believe that increased gender equality only benefits women and do not see the benefits for society as a whole. Some research suggests that this feeling of injustice can even motivate citizens to vote for right-wing radical parties who are against feminism and sexual freedom,” says Gefjon Off, doctoral student in political science.

The study covers 27 countries
Together with Amy Alexander and Nicholas Charron, both political scientists at the University of Gothenburg, she has studied what lies behind the relatively high incidence of modern sexism among young men in Europe.

The study is based on a survey with 32,469 respondents in 27 EU countries. The respondents were asked to state to what extent they agree with the statement that ‘promoting women’s and girls’ rights has gone too far because it threatens men’s and boys’ opportunities.

The researchers identified a couple of factors that explain why modern sexism is highest among young men aged between 18 and 29 years. The proportion is highest in regions where unemployment has risen the most in recent years, and where citizens have a widespread distrust of social institutions for example, due to widespread corruption.

Slovakia is the EU country in the study where the highest proportion of young men are opposed to advances in women’s rights. In some regions there, unemployment has risen by as much as 1.1 percent in the last two years.

“More than other EU citizens, Slovaks think that their own country’s public institutions are not impartial, that is, that their social institutions favour certain groups of people,” says Nicholas Charron, Professor in political science.

In recent decades, Western democracies have become increasingly gender-equal. Image is in the public domain

The study also shows the inverse situation. In regions such as Northern Italy where unemployment has fallen and where social institutions are perceived as reasonably impartial, young men are less resistant to advances in women’s rights.

Sweden among the top 10
Unemployment also plays a role in Sweden. The study shows that the largest proportion of young men who agree with the survey statement that advances in women’s rights threaten men’s and boys’ opportunities live in regions where unemployment has risen in the last two years.

“The gap between young women’s and young men’s views on advancing women’s rights is great in Sweden, among the top 10 in the EU according to our measurements,” says Nicholas Charron.

The fact that young men stand out in this context may be due to their position on the labour market: At a young age they may not yet have a stable job, or they may not have progressed as far in their careers as older men.

“Possibly, young men who believe that women are outcompeting them in the labour market experience advances in women’s rights as unjust and a threat. We need to get better at communicating the benefits of gender equality.

“Fathers get to spend more time with their children and the burden of being the family’s breadwinner is lightened when mothers in families also advance in their careers,” says Gefjon Off.

Who perceives women’s rights as threatening to men and boys? Explaining modern sexism among young men in Europe

While Western democracies have become increasingly gender-equal over the past decades, recent research documents a backlash against gender equality in the form of rising modern sexism. Previous research shows that modern sexism predicts political attitudes and voting behavior that are detrimental to women’s empowerment and liberalism.

Yet, we know little about which factors explain modern sexist attitudes and how they operate across multiple country contexts. Building on modern conceptualizations of sexism, we theorize that (perceived) increases in competition between men and women provoke modern sexism among young men in particular.

Using an original measure that approximates dimensions of modern sexism embedded in the 2021 EQI survey, capturing 32,469 individuals nested in 208 NUTS 2 regions in 27 European Union countries, we demonstrate that young men are most likely to perceive advances in women’s rights as a threat to men’s opportunities.

This is particularly true for young men who (a) consider public institutions in their region as unfair, and (b) reside in regions with recent increases in unemployment resulting in increased competition for jobs.

Our findings highlight the role of perceived competition between men and women in modern sexism and contradict the argument that older generations are most likely to backlash against progressive values, potentially adding to research explaining the recent backlash against gender equality.