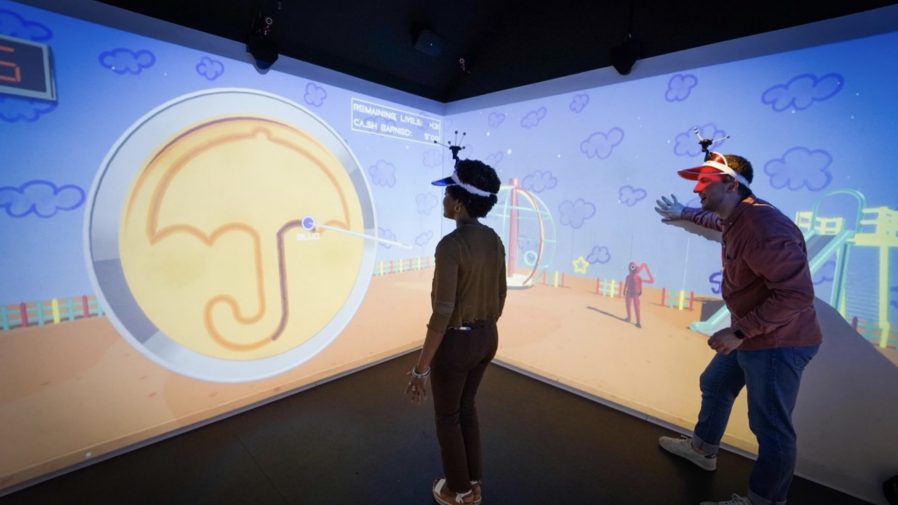 Its virtual reality tech goes into what the company calls ‘gameboxes’, physical spaces placed in partnership with retailers where customers can experience immersive AR games. These gameboxes can provide partner companies – often shopping centres – with an incentive for customer footfall as retailers continue to struggle against online shopping.

The London firm has today announced it has signed the major franchise deals which will go towards the development of over 250 locations for immersive gaming experiences over the next three years.

The company – formerly known as Electric Gamebox – has secured deals with retailers in the UAE, Germany, and Ireland as part of its international growth plans.

“We are delighted to sign franchise deals with such strong partners as part of the rapid expansion of Immersive Gamebox,” said Will Dean, founder and CEO of IGB.

“Our company purpose is to bring people together through technology-enabled shared play, and our franchise partners are playing a key role in taking Immersive Gamebox global.”

IGB has also appointed a new COO to help oversee the global expansion of the company.

“I am really excited to be joining IGB as it gains significant momentum in growth,” said Lisa Paton, the newly appointed COO of IGB.

“With my experience of growing brands internationally, I will be helping establish IGB across various markets, as well as working with franchise partners to ensure they align with our core values and high-quality service.”

IGB has previously received funding from Project A Ventures, a Berlin-based VC firm.