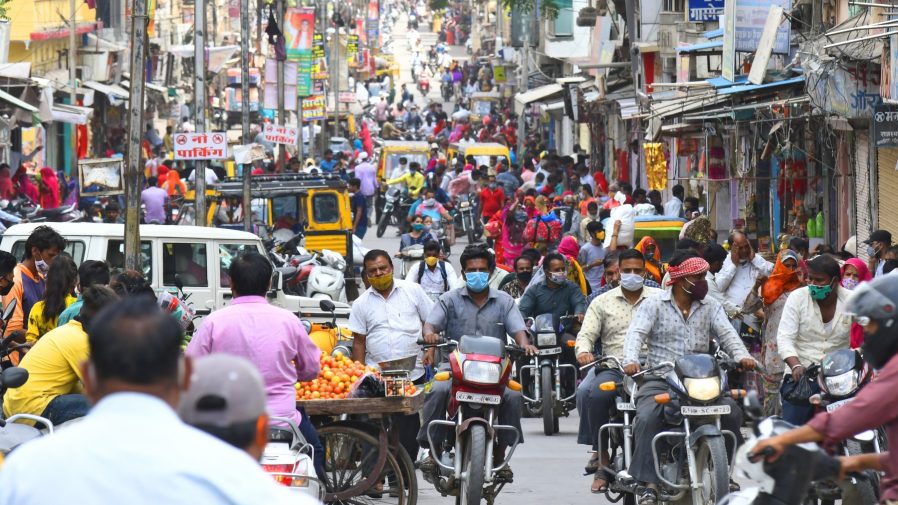 Exports from the UK to the EU are down 16% on pre-Brexit projections, underscoring the need for Britain to broaden its trading horizons.

With last month’s appointment of Rishi Sunak as the UK’s first British Indian prime minister, negotiations for a free trade agreement (FTA) with India have been brought sharply into focus.

Despite delays – the original plan was for a deal by Diwali – negotiations are said to be making good progress. Talks in India will resume in December, with British officials aiming to reach an agreement before April. Official government figures predict an FTA with India could be worth up to £3.3bn to UK GDP by 2035.

It’s undeniable that India has taken its seat at the international table of major economic players. With 6% economic growth forecast for 2022, India has overtaken the UK as the fifth-largest global economy.

A key driver behind this expansion is India’s tech industry, which has grown at almost twice the rate of the wider economy this year.

With 100 tech unicorns and startups emerging across the country, India is on track to become the world’s largest tech ecosystem in the next decade. Leading the way in innovative sectors such as healthtech, climate tech, fintech and agritech, many are referring to the next decade as India’s ‘techade’.

I witnessed this first hand in November, as I travelled to the country for the Global Tech Advocates (GTA) Summit “Namaste, New India”, part of a broader delegation of more than 30 British and international tech leaders, investors and entrepreneurs seeking to learn more about the fascinating ethos and innovation driving its tech sector.

In recent years, Indian government investment in technological infrastructure has supercharged the country’s economy and laid the foundations for the emergence of a major international tech ecosystem.

India has a population of 1.3 billion, of which 627 million use the internet – a number which is rising rapidly with access to the third-cheapest internet rates in the world.

The country’s shift to digital has been further strengthened by the establishment of digital identity and payments infrastructure to boost growth in ecommerce and tech.

What’s in it for UK tech?

In the 2021-2022 financial year, India’s diverse equity market attracted $83.57bn of foreign direct investment (FDI). Existing investment relationships with the UK already support more than half a million jobs in the British economy – and the same is true vice versa.

Indeed, a recent report from the Department for International Trade places India third, after the US and France, in terms of FDI into the UK.

An FTA between the two nations, including a digital trade component, will deepen these ties through improved regulatory alignment. In turn, this will improve access to the Indian economy for British financial and professional services while also opening up access routes to emerging markets. From recent travels, it has become clear to me that there are deep Indo-Pacific ties being created from India to Singapore and SE Asia, to the Middle East and Africa.

Moreover, the digital skills crisis currently impacting many UK businesses requires more of the gap to be filled with skilled talent from overseas.

Nearly half (46%) of UK Skilled Worker visas are granted to Indian nationals, and research from Oxford Economics found the country will have the fastest rate – 7.3% – of talent pool growth of all major emerging markets. This is the market the UK simply cannot afford to ignore.

While in Hubli, a smaller city in the Karnataka region, for the GTA Summit, we visited the Deshpande Foundation, a social enterprise focusing on skills development, entrepreneurship and startup support, teaching young people the computer literacy skills that the next generation of tech entrepreneurs will need.

Such projects are bearing fruit – Indian universities are at the forefront of tech education and represent an increasingly attractive destination for international students.

An FTA with the UK could strengthen ties between UK and Indian universities, resulting in joint research initiatives and further innovation. Simplifying the process of applying for skilled and student visas must form a central part of official negotiations.

The business and investment opportunities in India for UK companies are immense. As India builds connections across the world, it is increasingly clear that a free trade agreement must be a vital cornerstone of the UK’s future growth ambitions.