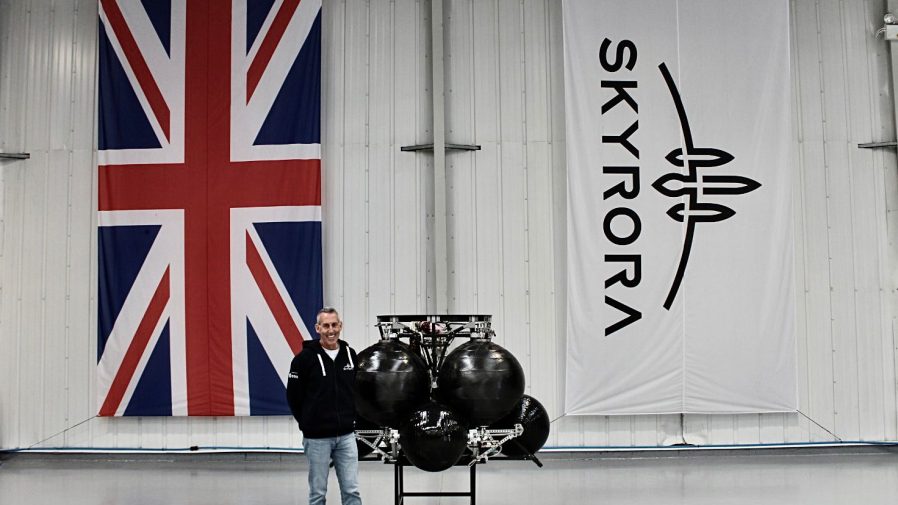 It was a chance encounter with a model rocket in Edinburgh that led to Lee Rosen switching California’s SpaceX for Scotland’s Skyrora.

Rosen, a US Air Force veteran, had been strolling down Princes Street visiting his daughter, who attends university in Scotland. The model rocket that caught his eye was in the headquarters window of Skyrora, a Scottish startup building rockets to launch small satellites into orbit.

After connecting with Skyrora CEO Volodymyr Levykin on LinkedIn the rest, says Rosen, was “history”.

“I just couldn’t refuse the opportunity to work at a startup that has some great ambitions, great technology and amazing people,” Rosen tells .

Rosen was appointed Skyrora’s chief operations officer in June. He joins from Elon Musk’s SpaceX, where he spent a decade and rose to VP of mission and launch operations. Prior to that, he had a 23-year career in the US Air Force.

His experience means there are few people with a space industry CV as impressive as Rosen’s.

If Skyrora is to meet its ambitious goal of conducting 16 launches per year from British soil by 2030, it will need all the experience it can get.

Founded in Edinburgh in 2017, Skyrora is designing and manufacturing rockets to fly small satellites into orbit. So far it has carried out a series of test launches for several of its rocket classes, but it is yet to reach orbit.

The startup has a self-imposed deadline of 2023 to get there.

“You don’t even get a seat at the table in this business until you have been to orbit,” says Rosen. “There are a lot of launch companies out there with great aspirations but until you do the deal and hit 17,500 miles an hour, you don’t really get to play.”

So far there have not yet been any satellites launched into orbit from British soil – by any company. But plans are in motion to change that and turbocharge the country’s commercial space sector, which lags significantly behind the US. 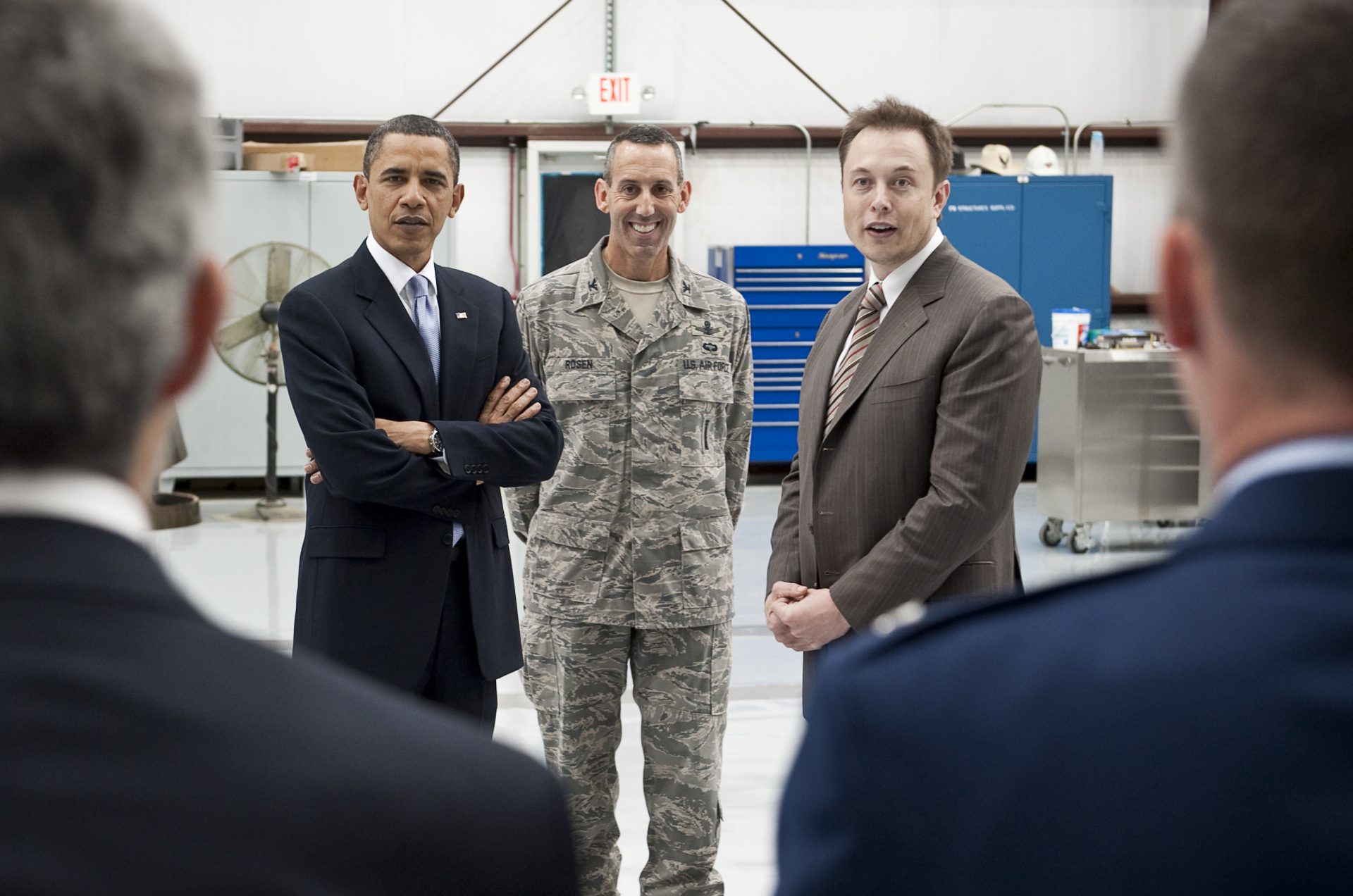 Virgin Orbit is on course to become the first to achieve that accolade, with its maiden UK launch scheduled for this summer from Spaceport Cornwall.

But it is being early to market rather than first that is key for Skyrora, says Rosen, due to the competitiveness of the commercial space industry.

SpaceX is a prime example of this. After a decade developing its reusable rockets it won its first commercial contract, and now with its Nasa deal it dominates the commercial resupply market.

During his 10 years at SpaceX, Rosen led the construction of the Falcon 9 and Falcon Heavy rockets, going on to oversee SpaceX’s launch operations, and then led missions for civilian, commercial, and government orders.

Rosen says that Musk, SpaceX’s billionaire CEO, insisted that even the senior-level leadership had a deep technical understanding of rockets.

Now he’s at Skyrora, Rosen believes his new company must distinguish itself from rivals. Rosen says that SpaceX is currently winning the “race to the bottom on price per kilogram to get to orbit”.

‘When I say action, I mean cash’

The UK government has outlined plans to boost the country’s space sector, which is valued at £16.4bn a year and employs more than 45,000 people.

Last year, the government published its National Space Strategy and has proposed seven spaceport locations with sites in Newquay, England, Snowdonia, Wales and five across Scotland.

“From a launch perspective,” says Rosen, “the UK has a really nice, rich history on the satellite side, especially in the small satellite world. I think there’s there’s a great legacy there.”

Rosen sees the government as playing a key role in nurturing the UK’s commercial space industry.

However, he adds that government investment is the “critical piece” for the UK developing sovereign launch capabilities.

“Now there has to be action behind it,” he says. “And when I say action, I mean cash.”

Skyrora has raised $43m (£35.1m) in both private capital and public grants, including a £2.5m investment from the European Space Agency.

It has more than 60 staff at its Edinburgh headquarters and over 100 at its R&D facilities. Last month, it opened up a rocket engine factory in Cumbernauld, generating 100 jobs in the area.

In May, it completed a successful test of its 70kN, 3D-printed rocket engine at its test site in  Gorebridge, Midlothian.

In theory, Skyrora’s launch equipment could be boxed up and moved to anywhere it has permission to launch from, says Rosen. But for now, the “target market” is the northern and southern oceans.

Unlike Rosen’s former employer, Skyrora is focused only on satellite payloads and doesn’t have plans to transport humans into space.

“Having launched a bunch of humans into outer space, I can tell you there is nothing more serious than putting your friend on top of maybe millions of pounds of explosive material, looking at them and their families in the eye and telling them everything is going to be okay,” says Rosen.

For that, Skyrora would need a rocket far more powerful than its largest spacecraft – the Skyrora XL, a three-stage vehicle that measures 22.7 metres and can carry a payload of up to 350kg.

Where the company is looking to differentiate from competitors is with fuel that is more environmentally friendly. The company is replacing kerosene fuel with a greener alternative made with recycled plastic that can be used to make diesel and rocket propellant.

Rosen also sees an opportunity for commercial space companies such as Skyrora to assist with ESG, thanks to satellites that can collect more data to better understand the environment.

He added that Skyrora wants to form a consortium with the UK government and an environmental fund to capture the environmental supply chain.

Rosen has been passionate about rockets from a young age. Like his role at Skyrora, that too started out with a model rocket: at high school he was president of the model rocketry club.