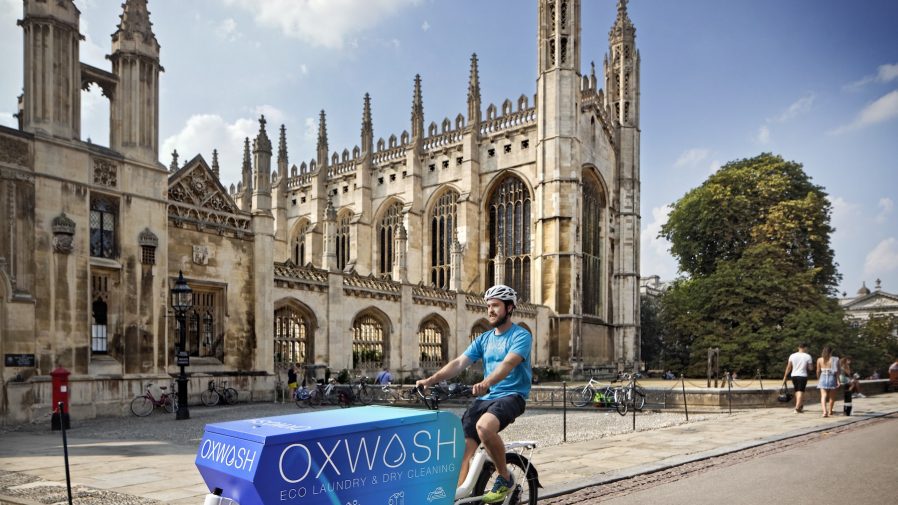 Oxford-headquartered startup Oxwash has received £10m in Series A funding for its on-demand laundry service that uses chemical-free wet cleaning inspired by technology used in space.

The pair developed a solution that uses “ozone technology” to deodorise and sanitise clothes at lower temperatures – a method typically used in hospital sterilisation and during space missions.

With the fresh funding, Oxwash plans to construct a washing facility to cater to clients across the UK and expand the service to the US. To date, it has raised £15.7m.

“This new funding will be used primarily to develop our technology and invest deeply into the complete decarbonisation of our proprietary washing process,” said Dr Kyle Grant, chief executive, Oxwash.

“Up to 30% will be used for expanding our software technology capabilities, 30% for the deployment of our nationwide processing facility and the remainder for business development and growth.”

The Oxford and London-based startup is also looking into different drying methods that use soundwaves instead of heat and robotics.

Untitled VC led Oxwash’s Series A round, alongside Twitter co-founder Biz Stone, Indeed founder Paul Forster, as well as Holly and Sam Branson amongst others.

The startup currently services London, Oxford, Cambridge, Bristol and Manchester, employing more than 80 people. Clients include the NHS and the Marriott Hotel Group.

“Oxwash is a perfect example of a company that is using advanced technology to improve the product while making the world a better place at the same time,” said Magnus Rausing, general partner, Untitled VC.

According to the startup, it has “achieved operational profitability” on its current three washing facilities.

Last July Oxwash raised £2m in an extension to its seed funding round.

Masayoshi Son to devote himself to ‘explosive growth’ of Arm